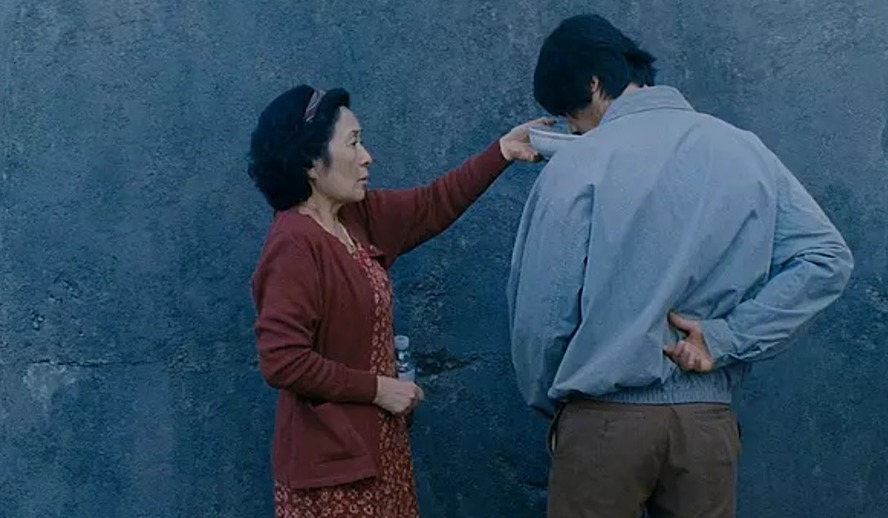 Bong Joon-ho has become an internationally acclaimed director with his movie Parasite, which made history to be the first foreign-language film to win Best Picture during the Academy Awards’ 92-year run. While Parasite catapulted him into his current status as a famous director worldwide, Bong Joon-ho has been making critically acclaimed movies for years. One of his movies from 2009 called Mother is a thriller/mystery of great critical acclaim.

Mother’s storyline revolves around a widow who has a young adult son suffering from an intellectual disability. Their lives dissolve into chaos when he is charged with the murder of a young girl due to a single circumstantial piece of evidence. The mother vows to get her son exonerated and starts her own investigation. The movie starts slow but picks up momentum when the murder occurs.

The movie revolves around an unnaturally close relationship between a mother and son; it sets the tone of the movie and gives context and background to the mother’s actions. Bong Joon-ho uses various screenwriting decisions to fully illustrate the closeness of the mother and son to the audience. The mother’s name is never mentioned throughout the movie; this indicates how the mother does not exist outside her relationship with her son Do-Joon and that is how the audience is supposed to view her. There are certain scenes that stand out and give us a deeper view into their relationship.

The first scene of the movie shows how Mother is cutting herbs with an old-fashioned herb cutter but paying no attention to her fingers and watching her son playing with a dog by the road. He gets grazed by a speeding car and she runs over by his side instantly without realizing that she has cut herself with the herb cutter. This sets the tone for the movie as it tells us that Mother cares more about her son rather than herself, to the point of hurting herself to care for him.

There is a standout scene in the movie where she tries to hide the son Do-Joon’s urine by covering it up as he urinates on the road while waiting to catch a bus. There are scenes of Mother sleeping with her adult son in the same bed; in one particularly controversial scene, he is holding her breast in bed as a young child would as a source of comfort. While the mother and son’s relationship can seem uncomfortable to the audience, there is a certain innocence and purity to it. It may be unhealthily close and codependent, but never incestuous. It is based on how they are bonded together by loneliness and trauma. The mother’s whole life revolves around caring for her son, and the son cannot live without his mother caring for him. They only have each other.

Kim Hye-ja, who plays Mother, is phenomenal in the role which Bong Joon-ho specifically wrote with her in mind. She plays Mother with a kind of untouchable innocence and naivety, which colors her questionable actions as well. She adds such different layers to the character that the audience does not know whether to feel bad for her or judge her actions. Mother slowly slips into morally objectionable territories with the pure intention to save her son.

Kim Hye-ja’s portrayal of these scenes is particularly terrifying, as even while committing crimes, she still has an air of innocence in her. The audience does not know who she is as a person. All they know is that there is absolutely nothing she would not do for her son, but somehow that does not pervert her purity. The ending scenes show that she has not lost her sense of self that she had at the beginning of the movie no matter what she has done, which adds an interesting depth to the movie. Did she lose her way as the movie progressed, or was she always this person?

Why is this movie special?

Bong Joon-ho’s exceptional writing and direction take this thriller to the next level. The title sequence of the movie shows Kim Hye-ja dancing around carefree in a field. There is something about that dance that makes the audience increasingly uncomfortable as they keep watching it. You find out the reason and meaning behind it later in the movie in two different scenes. Director and screenwriter Bong’s personal touches can be seen throughout the movie as it has many similar filmmaking elements as Parasite.

He blends comedy and horror/thriller in his own unique way to create an eerie uncomfortable unique to his movies that add to the suspense. There are unpredictable bursts of emotions from his characters, which shock the audience. There is also a sex scene with central characters hidden in the room, symbolizing how far they have gone down their morally questionable path in both movies. There are scenes where the horror is created only by the cinematography and the placement of the characters; such as the scene with Moon Ah-jeong’s grandmother in Mother and the scene with the old housekeeper in Parasite.

Bong Joon-ho’s films have shown the world what they are missing in cinema by letting the one-inch barrier of subtitles stand in their way. His progressing popularity is an indication of how making an effort to explore a more diverse pool of cinema and entertainment is necessary to expand your mind and grow your experiences. The historic win at the Academy Awards by Bong Joon-ho has cemented his status as an international filmmaker above all else and has encouraged people to step out from behind the language barrier to learn from other cultures across the world.