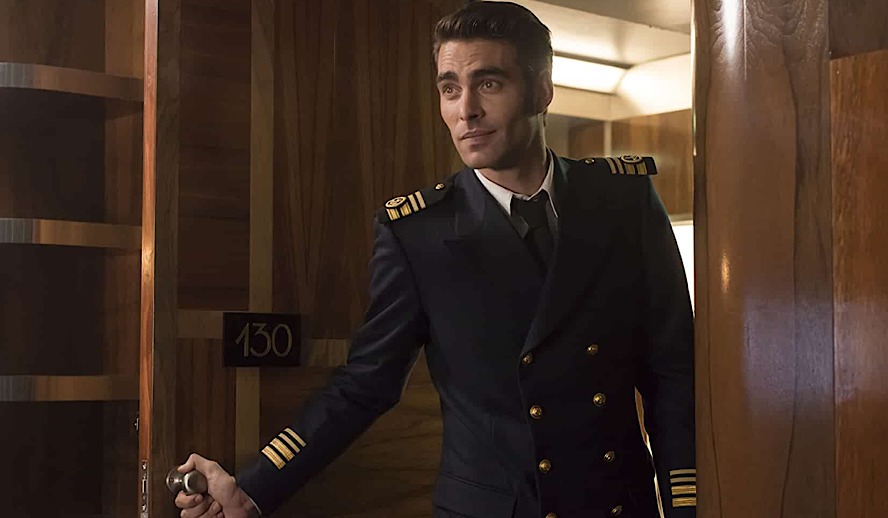 Best Spanish movies/TV shows on Netflix: I have spent the past ten years attempting to become fluent in Spanish. I was the best student in all of my middle/ high school Spanish classes, so naturally, I was always a bit frustrated that I could never speak the language conversationally. Even the adorable mascot of Duolingo wasn’t working completely. I never thought I’d ever be let down by a green owl with giant eyes who teaches people to conjugate verbs. But recently, I’ve found a key to speeding up this process and its name is Spanish Netflix. If you are a Spanish speaker or working on learning the language, here are five shows and movies in Spanish on Netflix that I highly recommend.

‘Tambien la Lluvia’ is not just one of my favorite Spanish language movies, it’s one of my favorite movies. It’s about a Spanish director and screenwriter who travel to Bolivia to film a movie about Christopher Columbus. They do so during the Bolivian water war, in which corporations tried to privatize water. They hire native Bolivians to act in the film, who are also protesting for their right to access water for free. Tambien la Lluvia is a tear-jerker if ever there was one. It is such an incredibly powerful film that should be seen by everyone. The acting is sublime with Gael Garcia Bernal and Luis Tosar in the leading roles. The overarching theme of the movie is understanding the struggles of others despite our differences.

Related article: ‘Elite’ – One Of The Best Shows On Netflix – Dripping With Romance, Important Issues & Gay Couples Being Celebrated

‘7 Años’ is a corporate drama for the ages. Four friends who started a business together must decide who among them will go to prison for their company’s financial crimes. This movie reaches fever peaks of tension as friendships devolve over the course of the film’s runtime. The characters determine the value of each other’s lives to figure out who would be missed the least if they were to go to prison. It all takes place in one room, that the business partners are stuck in until they can figure this out. The four main characters stab each other in the back time and time again and the audience is forced to watch, or, more accurately can’t turn their eyes away.

A cruise from Spain to Brazil sounds like the ideal getaway, right? Especially in the ‘40s when you didn’t have the luxury of Netflix for entertainment on land. Maybe it’s less ideal when a string of murders occurs on board and even less when you and your sister discover dark family secrets that could be connected to the murders. ‘Alta Mar’ masterfully builds nail-biting tension as Eva and Carolina investigate the murders and destroy their trust in the rest of their family in doing so.  The drama and mystery of this story will constantly keep you on edge with plot twists around every corner and betrayal that makes sure you never know who to trust.

Daniel has become a world-renowned author and has abandoned his hometown of Salas, Argentina. When he returns to Salas to accept the honor of Distinguished Citizen, he has to confront some skeletons in the closet. This movie is an emotional roller coaster. The audience doesn’t know whether to side with Daniel as we realize he left his whole life, family and friends included, behind in Salas. There is a beautiful meditation on art and what it takes to make it interspersed throughout. The commentary on elitism rounds out the ‘El Ciudadano Ilustre’ and makes it the masterpiece that it is.

As per Hollywood Insider’s review on ‘Elite’: “Without giving away the entire plot, to summarize it – Las Encinas, the most exclusive and prestigious private school in Spain, full of rich and scandalous teenagers get introduced to three outsiders from the poor part of town, and it is this intermingling that causes the whole thing to spice up to an explosive level. The list of ingredients are as follows: Crazy rich teenagers who are all clearly models, power battle and social hierarchy, a murder mystery, class division, drug issues, love triangles, STDs, religious adversity, threesomes, parallel timelines, and the gay genre done right for once. The murder hook keeps us glued to the show but it is the chemistry of the cast among each other that makes this a sensational watch. The multiple couple storylines are so innately interesting that the murder plot becomes an actual nuisance for us the viewers too – and that is a compliment.”