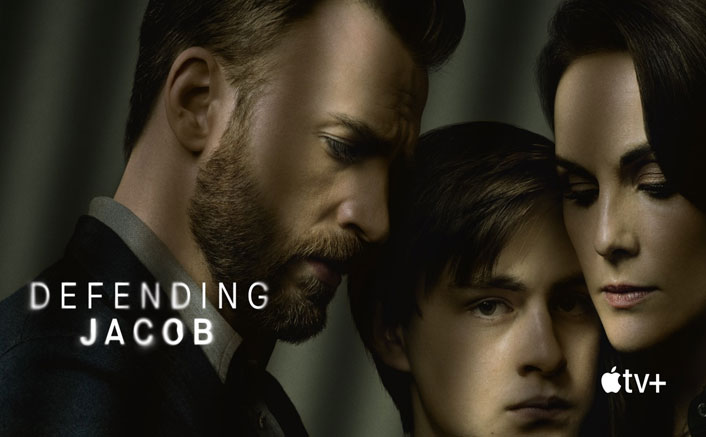 Defending Jacob, like the novel it is based on, doesn’t focus on the answer we are all asking: did Jacob do it? But rather, the emotional turmoil that faces a seemingly happy family rocked by the information that their son may just be a cold-blooded killer. Thanks to hardened and emotional performances by its leads, Defending Jacob should be seen as a success for Apple TV+.

Initially going into the series, I assumed like most courtroom type stories, the focus would be two-dimensional in its approach. But what I got instead was a drama and intimate look at what life in the home of an accused family would be like. The tension, doubt, mistrust, and past mistakes brought to the forefront reveal that as tough as it is to face the world attacking you, it’s even harder to keep yourselves as a single unit that works cohesively together.

Andy takes action into his own hands, Laurie seeks outside counsel that only confirms her worst nightmare, and Jacob regularly digs himself into a deeper hole through a mix of bad judgment and fear of what might happen. We see how hard it is to maintain a healthy lifestyle in 2020. Through technology, hysteria, and social media, living in small-town America isn’t worth much these days. The refreshing look at how young teens act and treat each other was like looking in a mirror. And seeing two parents thrown into this shocking event but still having to deal with the lethal nature of forums and other networks was all too real.

Many may be annoyed by the moral ambiguity and unclear resolution, but Defending Jacob isn’t about whether or he’s guilty or not. It’s about the family and their fight to stay one, for better or worse.

Chris Evans is beginning to make a name for himself outside of Captain America, and rightfully so. From Snowpiercer, Gifted, and Knives Out, Evans may just be a top ten actor working right now. He’s insanely talented and can mold himself. Unlike other actors who have to prove they aren’t playing that one famous role over and over again just with different clothes, Evans is believable as the father who is stuck in a situation he never asked for. From rants to a quiet vulnerability, Andy Baker keeps the show in check.

Michelle Dockery manages to flip from loyal mother and wife to a mentally ill woman by the end, as she wonders just how her perfect world disappeared in the blink of an eye. I was impressed by the metamorphosis that takes place with her character. It’s unsettling and if you are surprised by the drastic transformation, re-watch the show. Laurie Baker wasn’t ever really the put-together woman she wants people to think she is.

Jaeden Martell is a real up and comer. After It, It Chapter 2, and Knives Out, this was easily the best performance of his young career. Where most young actors would stick to one emotion, Martell seamlessly switches from a likable boy who is understandably freaked out by the circumstances he faces to a menace that makes you fear what might be lurking underneath the surface. Martell takes the source material and creates a titular character that mixes aspects of both his parents: the calm, charismatic likeability of Andy, to the frenetic, uncontrollable emotions and near psychopathic tendencies of his mother. It’s a genius blend that is even hinted at throughout the show.

The cinematography and use of heavy blue color pallettes is clear. The show’s focus on suffering, mental illness, and even depravity of the events doesn’t let up with the music and technical aspects. The blues and grays are so heavy you feel like a weight is being slowly pressed on your shoulders. It can be unbearable at times, but that’s the point. How do you think Andy, Laurie, and Jacob felt that whole time?

If you want a happy show you will be seriously let down. There’s very little to smile about. Yes, there are charming moments where the family finds happiness in the simplest of things, which is real and human, but again, the heaviness is the point. There’s nothing really worth smiling about when you’re family is put through the wringer like the Bakers.

The ending makes a major change from the original novel. I won’t spoil it, but the further use to not answer the burning questions but instead create more, opens the door for a second season. Though Apple hasn’t announced any plans for a continued story (it’s possible they want you to answer these questions for yourself), the success and now reportedly high ratings (it’s apparently the second most popular series on the streaming service) would definitely make Apple consider bringing everyone back for another round.

If you’re looking for a straight forward crime story, this isn’t for you. But if you want a story with clues, tension, heavy topics, and questions of morality and family, this is what you’re looking for. The burden won’t be lifted by the end, but instead, your plate will be fuller than when you started. It’s a unique story with fantastic lead performances and a big W for Apple. Check it out because honestly, it’s the best Apple has to offer currently.