‘Marvel Studios: Assembled’ Shows All in “The Making of Loki”: Here’s What We Learned 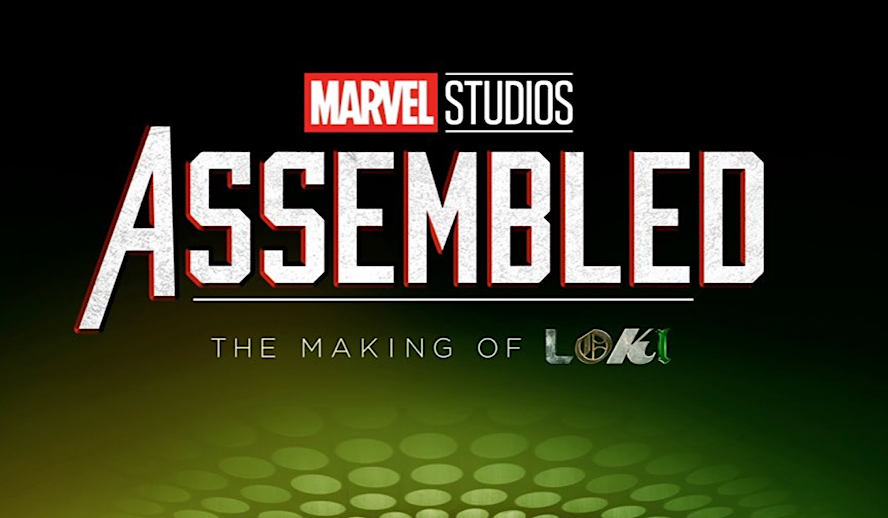 Marvel has really kept themselves busy this year. After the end of the Infinity Saga and a quiet year due to the ongoing pandemic, they came back roaring in 2021 with multiple films and television shows coming out all at once. So far, we’ve seen the release of the first film in Phase Four, ‘Black Widow’, come out earlier this month with three other television shows premiering in the first half of the year: ‘WandaVision’, ‘The Falcon and the Winter Soldier’ and ‘Loki’.

Not only this, but they’ve been putting a new spin on their Phase Four releases now. With help from Disney+, Marvel has begun giving audiences a glimpse behind the scenes of their new works with the docuseries ‘Marvel Studios: Assembled’. Each episode focuses on a specific film or television show produced by the company and shows the ideas that go into making it. It’s new for the company, but a welcome addition.

Marvel fans will love the sneak peek of how their favorite works are made. With their most recent show, ‘Loki’, wrapping up its first season last week, ‘Marvel Studios: Assembled’ is releasing their next episode and it’s entirely focused on the show. Now, we over at Hollywood Insider love ‘Loki’, and my fellow writers have done a great job analyzing and theorizing for each episode. With “The Making of Loki”, we’ve learned a lot about the show, from how it was made to why it was created and its impact on the Marvel Cinematic Universe going forward.

‘Marvel Studios: Assembled’ has a pretty average structure to it, similar to what is seen in most documentaries or docuseries’. There is behind-the-scenes footage of the cast and crew working during production. There’s footage of crew members shooting certain scenes, or actors like Tom Hiddleston and Sophia Di Martino practicing fight coordination for their action scenes. This is all interspersed with interviews of different crew members and actors who give insight into the work that went into adding to certain characters or certain scenes.

People like series creator Michael Waldron and series director Kate Herron gave their thoughts while actors like Gugu Mbatha-Raw and Wunmi Mosaku shared their experience on set. And for those who loved the Loki-Mobius dynamic in ‘Loki’, it comes out in spades as Tom Hiddleston and Owen Wilson chat about their time together. I love seeing actors get along and have fun outside their character, so this was a treat to watch.

What “The Making of Loki” does a bit differently is with its narration, where Tom Hiddleston narrates portions of the documentary. He talks about the production of the series and he also gives poetic insight relating to it that really makes the audience think. It was an interesting creative choice that I was really into, and it made the dramatic weight that is discussed in this episode of ‘Assembled’ feel even heavier. It all adds to a really thought-provoking documentary episode.

Inside “The Making of Loki”

For all the Marvel and MCU fanatics, there’s a gold mine of facts and trivia about ‘Loki’ and the process of making such an ambitious series. A lot was discussed in the 64 minutes of runtime, so any dedicated fan should make it worth their while to try and catch as many details as they can. Here’s a bit of what we learned from “The Making of Loki”:

Tom Hiddleston still clearly has a lot of fun playing the God of Mischief. He’s been playing the role for a long time. In fact, he’s been playing Loki for 11 years and 6 films. That’s a lot of work, playing the character into his 40’s. He’s a big part of MCU, and first got involved because of his connection to actor/director Kenneth Branagh. They both knew each other because they were working on a project together in the late 2000s. Hiddleston claims that when Branagh got hired to direct ‘Thor’, he got invited to join because “he knew it was going to be such a huge opportunity for so many people”. By the time of Comic-Con 2013 when Hiddleston walked out on stage in character to heavy applause, the ‘Loki’ actor knew he was going to be sticking around for a long time.

In “The Making of Loki”, we learn that every detail is examined and precisely placed throughout ‘Loki’. Everything from the VFX of the TVA’s TemPad to the production design of each location, it has all been carefully analyzed and discussed before shooting. For example, the producers wanted to convey a sense of entrapment and claustrophobia in the TVA waiting room, so they made the ceiling 6 inches lower and filled it with big, circular lights, which were to represent the circular nature of time.

Speaking of detail, the producers even studied how different characters should move and fight in ‘Loki’. Kate Herron described the difference in fighting styles between Loki and Sylvie, stating that Loki would fight gracefully, using big arm movements and grand gestures because of his royal status. It makes sense after all, as Loki is a prince of Asgard and thinks of himself in very high regard. Sylvie, on the other hand, fights more in a more raw, aggressive style. Because she’s been on the run from the TVA ever since childhood, she’s become hardened and her style of fighting expresses that. She fights like her life depends on it, like a rabid animal.

One of the most fascinating tidbits of information from ‘Marvel Studios: Assembled’ was the inspiration from films and other properties that made it into ‘Loki’. Michael Waldron and Kate Herron had many influences for the series, with ‘Mad Men’ being an inspiration for the TVA’s headquarters and David Lynch’s ‘Dune’ movie from the 80s being the basis for some of the gadgetry on the show.

Even when it came to creating Alioth, the giant smoke monster from the episode “Journey Into Mystery”, Waldron and Herron wanted to do something similar to monster movies where the monster is almost never fully seen, like in ‘Jaws’. As an avid lover of film myself, I love hearing about how movies can influence other properties, and I was really fascinated to see how many different shows or movies ‘Loki’ was inspired by. It’s always great to see other filmmakers find creativity in other works, and “The Making of Loki” really showed how much thought went into this series.

The Glorious Purpose of “The Making of Loki”

All in all, this episode of ‘Marvel Studios: Assembled’ is a fun one. Fans of ‘Loki’ get to look behind the scenes of this sci-fi hit, and it’s as crazy as you’d expect. There’s a lot of insider information that is really engrossing and makes the documentary worth watching, much of which I didn’t even cover here. Any Marvel fan who loves the show will find this documentary episode a worthy treat. For those who just love seeing how TV shows are made, especially one with a gigantic movie-sized budget, this is one that is definitely worth a watch. I enjoyed seeing Kevin Feige and Marvel do their thing, and many of you will too.

‘Marvel Studios: Assembled’ is available on Disney+,  with “The Making of Loki” now streaming.