Loki Episode 2 Review: Our Favorite Trickster Fights for Free Will 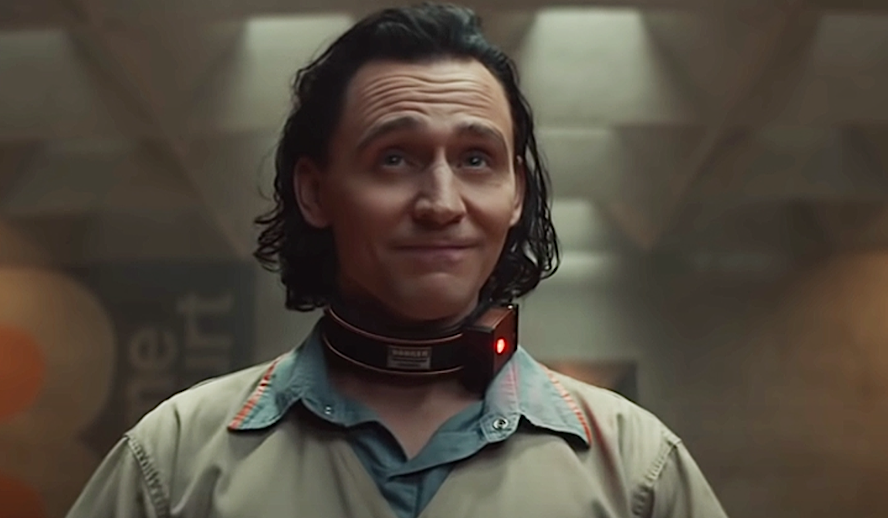 In Loki Episode 2 – titled ‘Variant,’ we delve further into new, uncharted MCU territory introduced in the Pilot. Realizing he cannot return to his timeline, Loki (Tom Hiddleston) resorts to helping the Time Variance Authority find their troublemaker – a dangerous Variant threatening the health of the Sacred Timeline, killing the TVA’s Minute-Men at various points in history and escaping each time. The catch? This Variant is Loki himself, or at least an alternate version of him from a different timeline. In lieu of going through the episode beat by beat, here is the most important info we’ve learned in ‘Variant’.

Firstly, Loki makes a huge breakthrough on the case, which up until that point, had been stale and unsolvable. By looking at a swath of case files, he realizes that alternate-Loki leaves zero Variance energy (any trace of their existence) in their wake, even when regularly hopping through time. How is that possible? Well, the answer, he surmises, is in apocalypses. Take Ragnarök for example (the obliteration of Asgard in ‘Thor: Ragnarök’). Since the entirety of Asgard is gone by the end of it, logic goes to show that doing anything in Asgard immediately prior to the apocalyptic event would not change the Sacred Timeline in the slightest. In other words, you could time hop to Asgard, mess with anyone and anything, and it wouldn’t change the course of time because in the near future, everything would be destroyed anyway.

This logic leads the TVA team to look at unexpected, apocalyptic events as alternate Loki’s potential hiding spots, leading them to a small town in Alabama in 2050. There, they scope out a supermarket for alternate-Loki, as a hurricane poises itself to ruin the city. And in that supermarket, Loki comes face to face with the alternate-Loki – a female version of himself (Sophia Di Martino). This female Loki is an advanced version of him who doesn’t seem to care about power or controlling the TVA, which is very un-Loki of her. It’s also clear that, between the two, she is the superior one. At the end of the episode, female Loki opens a Time Door and steps inside. As Agent Mobius (Owen Wilson) and other TVA agents plead for Loki to retreat, he decides to jump through the Time Door as well.

Can Loki Re-enter the Sacred Timeline?

Of course, one of the biggest questions Marvel fans have is if Loki will somehow be able to re-enter the Sacred Timeline by the end of the series, which in a more tangible way, is asking if Loki will be revived in any future MCU films and television shows. It’s been announced that he will not appear in the upcoming ‘Thor: Love and Thunder’ at the very least – which surely dampened fan hopes. However, Episode 2 of ‘Loki’ suggests that there may be a way out of this temporary purgatory after all.

In Episode 1, we see Loki coming to terms with his mortality and certain death at the hands of Thanos in ‘Avengers: Endgame’. He realizes that the Time Variance Authority is a superpower unmatched, one that even makes the Infinity Stones look like paperweights. Ultimately, he understands that there is no going back and resorts to helping the TVA. However, in Episode 2, Agent Mobius mentions that if Loki does well in his role, he may even earn an audience with the Time Keepers themselves. He can perhaps earn his life back, or at the very least, avoid being disintegrated from existence.

Of course, this lofty prize may not have any truth in it at all. Mobius could be leading Loki on, in a bid to earn his subordinance. This wouldn’t be out of the ordinary, as he admits that, firstly, in his desperation, he’s willing to tell Loki anything in order to get the job done and secondly, that he’s never even met the Time Keepers himself. From a realistic perspective, this promise seems unrealistic and out of Agent Mobius’ powers as a singular TVA agent.

In any case, the introduction of this possibility is incredibly exciting, to say the least. Loki has been a staple character of the MCU over the past decade – a villain feared and an antihero beloved. It would be a shame for his story to end in the limited ‘Loki’ series.

All in all, Episode 2 is a fascinating continued dive into this new world, layering on intriguing world-building elements in every act. It’s quite unlike anything in the MCU thus far – from top to bottom. In fact, that’s perhaps why ‘Loki’ is succeeding so much. It has the familiarity of and interest in Loki, who can never truly be trusted but has proved himself on a number of occasions – with the introduction of a completely new world, operating with different rules and under a different order.

In ‘Variant,’ we see Loki succumbing to his usual, trickster ways, trying to push the boundaries of the TVA’s authority. It’s important to remember that this particular Loki has just been plucked from ‘The Avengers’ and hasn’t gone through the character redemption arc that we see through ‘Thor: Ragnarök’ (though he glimpsed this future in Episode 1). So, of course, he still is up to his usual antics, following through until the last moment of the episode when he follows female Loki through the Time Door. It’ll be interesting to follow a different Loki character arc – and it’s exciting to see where this series will take him.

There are still mysteries that need to be solved, but ‘Variant’ shows a very promising road for future episodes. Tonally, the show honestly feels more consistent than ‘The Falcon and the Winter Soldier’ and ‘WandaVision’ (although with the latter, genre-mashing was intentional). From a retro aesthetic to a focused and insular story, ‘Loki’ knows exactly what it is and what it’s trying to do. The acting from Tom Hiddleston is also phenomenal, with that classic Loki charm and humor, but also special moments with emotional depth and sorrow. It’s a subtle performance that really shows Hiddleston’s understanding of the character, which he’s played for over a decade. In this episode, we see clearer themes of the show emerging as well, such as existentialism and moralism.

In any case, Episode 2 of ‘Loki’ is a great insight into this new world and familiar characters. With galactic stakes messing with reality itself, the show introduces one of the MCU’s most difficult challenges yet. We’ll just have to see how Loki weasels his way out of this one.