10 Must-Watch Animal Movies – Pets in Film: A Look at What Animals Bring to Film 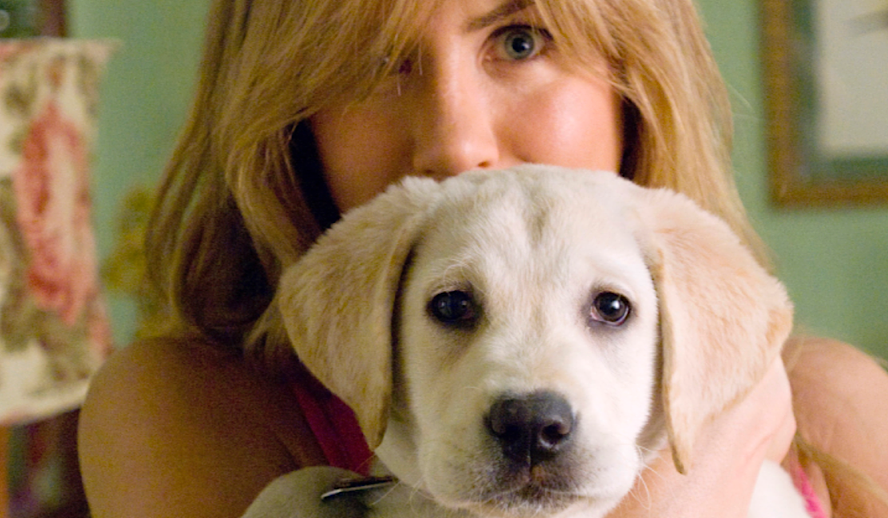 A News in Health article discusses how interacting with animals has been shown to decrease stress levels and lower blood pressure. Animals can also reduce loneliness and increase feelings of social support, as well as boost your mood. There are so many benefits of having an animal in your life, and films have been able to tap into this benefit over the years.

For many movies, an essential role for heart and depth or comedic relief can come from animals or pets. The term “man’s best friend” was coined for a reason. It is no surprise that many films over the years incorporate these beings into their stories. Animals in film are not limited to dogs, though. The films we discuss below showcase some of the best examples of animals stealing the show.

Related article: Kevin Costner Makes Us Laugh, Cry, And Look At Our Dogs Differently In ‘The Art of Racing in the Rain’

There are many different versions of ‘Swiss Family Robinson,’ but the one referred to here is Disney’s 1960s version. The film follows a family that is shipwrecked and forced to find shelter on a deserted island. They have to use what’s available to them to create shelter and eventually build a life, not knowing when or if they will be rescued. One element that is available to them is the stock of animals on their ship. These, along with the wildlife on the island, play an important role in bringing some light-hearted moments and a few tense situations as well.

‘Okja’ may not be about a real animal, but Bong Joon Ho’s film about a young girl, Mija, and her best friend won’t have you caught up on that detail. In the movie, a multinational company gives out a number of their special “super pigs” to farmers around the world for consideration in their competition. Okja is the winner, and Mija learns that the pig will be taken away from her. Mija jumps into a world far from her home in the mountains to fight to keep Okja from her captors.

The film ‘Paddington’ is based on the character Paddington Bear from the children’s author, Michael Bond. In the movie, the anthropomorphic bear travels from Peru to London searching for a home after an earthquake destroys his. The bear attempts to search for the explorer who told his aunt and uncle about London, but he doesn’t know the man’s name. Paddington meets the Brown family, who take him in, but he still wants to find the explorer. He doesn’t know that a taxidermist wants to find him as well.

Ang Lee’s ‘Life of Pi’ won four Oscars and was nominated in an additional seven categories. The film revolves around a man, Patel “Pi”, telling his story to a young novelist. Pi’s family owned a zoo, and the young Pi became dangerously close to a Bengal Tiger in his father’s eyes. The family decides to move to Canada and sell their animals upon arrival, but they get shipwrecked on their journey. Pi escapes in a lifeboat in the company of a few of the animals, including the Tiger. The film goes on to tell what happens after this.

‘The Jungle Book’ is another story that has many adaptations in film. The original Rudyard Kipling book was brought to the screen in Jon Favreau’s version brilliantly. The film follows a young boy, Mowgli, who was raised by the animals in the jungle, after a threat from the tiger Shere Khan stating that he does not belong anymore. Mowgli embarks on a journey that brings him various encounters with other animals in the jungle while he attempts to discover his place in the world.

There are many movies that depict a relationship between a man and his horse, but ‘Hidalgo’ is the one we highlight here. It might not be as well known as ‘War Horse’ or ‘Black Beauty,’ but it is worth checking out. Viggo Mortensen plays a down-and-out cowboy who travels with his horse to Arabia to compete in a deadly cross desert race. The film has many ups and downs, but the bond between the cowboy and the Mustang carries the viewer throughout.

As with man and horse movies, there are also many films about the relationship between an owner and their dog. ‘Marley and Me’ is one of the best. The initial test-run for kids of getting a dog by a couple played by Owen Wilson and Jennifer Aniston becomes a crucial part of their family going forward. The film follows the adorable and neurotic dog Marley and the life lessons learned by the dog’s family.

‘Rise of the Planet of the Apes’

This is one of the more serious entries on the list. ‘Rise of the Planet of the Apes’ is the first of the prequels to ‘Planet of the Apes.’ It tells the story of a scientist and his chimpanzee, Caesar. The scientist develops a substance to cure his father’s Alzheimers, but it ends up spiraling out of control when Caesar’s intelligence skyrockets and leads to an uprising of captive apes. The film is exceptionally well done and the start of an excellent modern trilogy.

This is the first fully animated film on the list, but there could be an entire list based on animals in animated films. ‘Zootopia’ is an excellent film validated by its Oscar win in the category of Best Animated Film of the Year. The movie is set in a city of anthropomorphic animals and follows the tale of a rookie bunny cop and a cynical con artist fox as they team up to uncover a conspiracy in their city.

‘March of the Penguins’

We’ll wrap up the list with a documentary film about the lives of penguins. This movie follows the journey penguins begin every year each in March to find the perfect mate and start a family. The documentary is full of heart and hope. It is narrated by Morgan Freeman and won the 2006 Oscar for Best Documentary – Features. It is well worth a watch.

Hopefully, this list gives readers the opportunity to check out some of the brilliant examples of animals in film. As stated in the article’s introduction, there are so many positives to having animals in your lives. Films can tap into this and share that joy with anyone who watches. The movies above are some of the best stories with animals and give a broad scope of how many different films depict this beauty. We hope you enjoy the list.

What is your favorite movie about an animal?