Loki Episode 5: Expanding the Lokiverse and A Journey of Self-Discovery 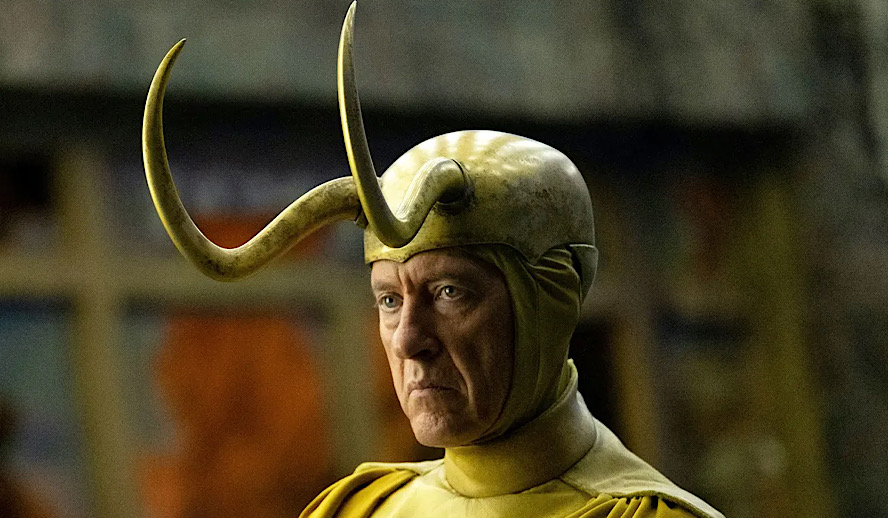 Episode 4 of ‘Loki’ brought us shocking revelations. The Time Keepers were revealed to be “mindless androids”. The episode was an emotional rollercoaster with Loki and Mobius getting pruned and seeing Loki tell Lady Sif that he’s a narcissist who craves attention because he doesn’t want to be alone. Episode 4 has a post-credits scene where we see that Loki is alive and kicking. He wakes up and sees more variations of himself standing before him. All of a sudden, our television screens turn black and the credits start rolling.

‘Journey into Mystery’ — The Breakdown

Episode 5 of ‘Loki’ premiered on Disney+ on Wednesday, July 8. The episode takes us on a chaotic journey of self-discovery and expands the Lokiverse more than we could have ever imagined. The episode follows Loki (Tom Hiddleston) as he ends up on the Void and meets more variations of himself. On the flip side, Sylvie Laufeydottir (Sophia Di Martino) believes that Loki’s gone until Ravonna Renslayer (Gugu Mbatha-Raw) explains to her that whatever and whoever gets pruned ends up on the Void but it’s impossible to destroy all their matter. Sylvie ends up going on a journey into the Void to find Loki and meets an unexpected character along the way.

Episode 5 introduces us to more Loki variations. Classic Loki (Richard E. Grant) is a variant of Loki who survived Thanos’ assault on the Statesmen, the massive spaceship that was stolen by Loki to escape Sakaar in Taika Waititi’s 2017 action-comedy film, ‘Thor: Ragnarok’. In the aftermath of Infinity War, the variant lived on an isolated planet for centuries before reuniting with his brother. Unfortunately, he was pruned by the TVA and sent to the Void. After meeting Loki and Sylvie, he fulfills his glorious purpose and leaves us wanting more of him.

Kid Loki (Jack Veal) is a variant of Loki. As a young child, he kills his adoptive brother. As a result, he was pruned by the TVA and sent to the Void. Luckily for him, it gave him the ability to rule the desolate wasteland and befriend other variants.

Boastful Loki (DeObia Aparei) is another variant of Loki. He was able to vanquish Captain America (Chris Evans) and Iron Man (Robert Downey Jr). He received the Infinity Stones as a reward. Like the other Loki variants, he was pruned and sent to the Void.

The final variant we meet is President Loki (Tom Hiddleston). He commands an army and seeks to overthrow Kid Loki to rule the Void. President Loki coordinates a political stunt with Boastful Loki who should’ve known that he was going to be betrayed. Ultimately, President Loki gets betrayed by his own crew and naturally, chaos ensues. A giant battle between the Loki variants occurs leaving Loki, Classic Loki, Kid Loki, and Alligator Loki looking for an escape. You heard that right. We meet an alligator variant of Loki with its golden horns and all.

Journey into Mystery is Also a Journey of Self-Discovery

Throughout season 1 of ‘Loki’, we’ve seen Loki struggling with his identity and accepting himself for who he is. Episode 5 has done a spectacular job with expanding Loki’s self-acceptance journey further. He did have some help from Sylvie who opens him up in episodes 3 and 4. She makes him realize that he’s stronger than he thinks he is. The episode lets us see Loki use more magic. We’ve seen Sylvie use her enchantment powers which only makes sense that Loki can use those powers too because they are essentially the same.

The fact that we have been able to see Loki use more of his magic has been a real treat. The films weren’t really able to show us the God of Mischief’s full potential to be an even greater character than he was in the films because they focused on other characters and storylines. This show was necessary not only to see what happened after the cliffhanger from ‘Avengers: Endgame’ but to grow Loki’s character further. Character development has played a major role in this show so far which is great to see and the writers clearly know what they are doing here.

Overall, episode 5 took the story of ‘Loki’ to new heights by introducing us to more Loki variants and continuing Loki’s journey to self-acceptance. Like ‘WandaVision’, ‘Loki’ can be placed in the same category of being an ambitious and bold project that the MCU has ever taken on. This could be a factor into why the show is succeeding with Marvel fans because it’s different and fresh.

The season 1 finale is an open book. For the last 5 episodes, this show has been unpredictable by giving us moments that we never saw coming. The ending for episode 5 leaves us with the ability to come up with viable predictions for the finale. The first being Renslayer playing a bigger role in the creation of the TVA. She wanted to warn whoever created the organization that they are in danger. She could possibly be working for the mastermind behind all of this or be the mastermind.

Lastly, episode 5 expands the Lokiverse and slowly begins to open up the multiverse. ‘Doctor Strange in the Multiverse of Madness’ follows the aftermath of ‘WandaVision’ and ‘Loki’ and crosses over with the two shows. There’s no telling how season 1 will end. We’ll just have to wait and see what happens next.

‘Loki’ is available to stream on Disney+ with episodes being released every Wednesday.