Everything We Know About the New Dune Adaptation with Timothée Chalamet 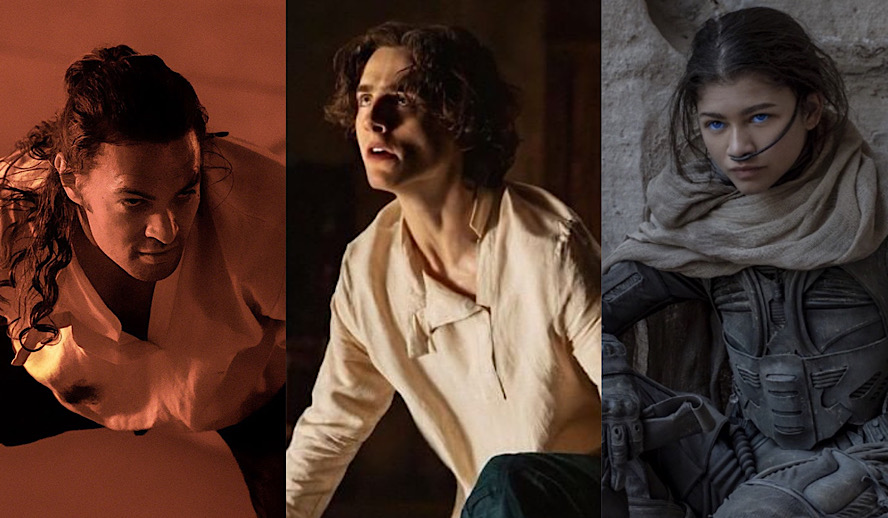 For science fiction fans, Dune by Frank Herbert has been a cult classic since its release in 1965. However, the popularity of this book largely existed within a bubble, as is often the case with works in this genre. Over the years there have been multiple film adaptations of Herbert’s work, none of which have achieved wide-ranging success or adoration, even among avid fans of the novel. This all may change with the new Dune film set to be released this coming December.

So far, the upcoming Dune adaptation seems to have the makings of a film that can break its way into the mainstream, reaching Lord of the Rings levels of popularity. As we hurtle closer to the anticipated release of the trailer for this film, fans are anxiously following any new tidbits or snippets of news. So, to satisfy that curiosity, here is everything we know about Dune.

In order to create a noteworthy adaptation, the cast must be incredible, and the a-list stars lining the credits of this film are sure to live up to that tall order.

Playing the main protagonist, Paul Atreides, is Timothée Chalamet. A rising star, Chalamet rose to stardom with his role in Call Me by Your Name and continued his streak of success with his role in Little Women. Paul Atreides’ parents, Lady Jessica and Duke Leito Atreides will be played by Rebecca Ferguson and Oscar Isaac.

In the role of Paul’s love interest, Chani, is Zendaya. Although her career began on Disney Channel, Zendaya has risen to more widespread fame due to her roles in the new Spider-Man films as well as the TV show Euphoria. Other well-known Hollywood names gracing this film include Jason Momoa, Javier Bardem, Dave Bautista, Josh Brolin, Charlotte Rampling, and Stellan Skarsgård.

The Journey to the Big Screen – New Dune

This project has been in the works since 2016, when Legendary Pictures acquired the film and TV rights for Herbert’s novel. In 2017, Brian Herbert, Frank Herbert’s son, announced that Denis Villeneuve—whose directing credits include Blade Runner 2049 and Arrival—would be directing the new adaptation. Prior to the announcement, Villeneuve had teased Dune as a passion project of his, leading fans to trust his judgement as director since he is a fan himself. In 2018, Greig Fraser signed on as the cinematographer for the film. Fraser’s credits include Zero Dark Thirty and Rogue One and he is gradually becoming a highly sought after director of photography. Furthermore, it was confirmed in 2019 that the man behind the creation of the languages in Game of Thrones, David Peterson, would be working on the languages for Dune.

Dune takes place primarily on a desert planet by the name of Arrakis, similar to Tatooine for you Star Wars fans out there. By filming in Budapest, Hungary, and Jordan they were able to recreate iconic, arid landscapes that befit a sci-fi story such as Dune.

Furthermore, as the temperatures there reached insane heights, Timothée Chalamet remarked in an interview with Vanity Fair, “The shooting temperature was sometimes 120 degrees…They put a cap on it out there, if it gets too hot. I forget what the exact number is, but you can’t keep working.” The intense filming conditions as well as what Chalamet termed the “Goliath landscapes, which you may imagine existing on planets in our universe, but not on Earth” will provide a grounded yet surreal finished product.

Related article: ‘Call Me By Your Name’ – Full Commentary and In-Depth Analysis

While Villeneuve highly values and loves the source material, he also acknowledges that it is far from perfect, especially in regard to its female characters. One strong presence is Lady Jessica, Paul’s mother. Villeneuve has expanded her character, fleshing out her story arc and bringing a whole new level to her strength, resilience, and tenacity.

Another intriguing and exciting change is with a supporting character known as Dr. Liet Kynes. Although always portrayed as a white male, Villeneuve made the decision to cast Sharon Duncan-Brewster, a black woman, in this role. Discussing the character of Dr. Kynes, Duncan-Brewster told Vanity Fair, “This human being manages to basically keep the peace amongst many people. Women are very good at that, so why can’t Kynes be a woman? Why shouldn’t Kynes be a woman?” This is the type of change that truly brings an older work such as Dune into the 21st century.

There Will Be Two Parts

Due to the complexity and detail found in the novel, Dune has defied proper adaptations in the eyes of fans. In the newest quest to bring this immense work to the big screen, Villeneuve has high hopes to bring to life the exotic world of Dune that has, so far, only existed in the imaginations of readers. Speaking to Vanity Fair, Villeneuve explained, “I would not agree to make this adaptation of the book with one single movie…The world is too complex. It’s a world that takes its power in details.” This means that the upcoming film is only the first installment, covering roughly half of the events that take place within the novel.

However, fans will not be left hanging, as cinematographer Greig Fraser stated in an interview with Collider, “It’s a fully formed story in itself with places to go. It’s a fully standalone epic film that people will get a lot out of when they see it.” Although the sequel has not been officially greenlit by Legendary Pictures, the CEO, Joshua Grode has confirmed their plans for a second installment. Furthermore, Jon Spaihts stepped down from his role as showrunner for the planned spinoff prequel series, Dune: The Sisterhood, in order to focus on creating a second film.

An important balance must be struck during the adaptation of a work of literature, especially one as expansive as Dune. Every fan has a different view of the ‘perfect’ story in their head, and it is impossible to please everybody. However, with all of the exciting new developments we have in regard to this upcoming release, Dune is sure to be a momentous film.