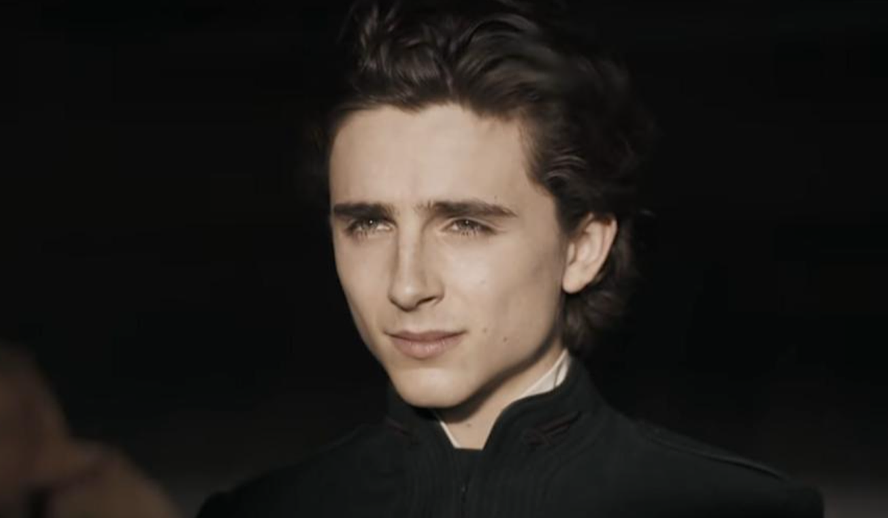 It’s been a weird past year for movies. With the COVID-19 pandemic onslaught closing establishments left and right and putting a hold on communal activities, many films that were supposed to premiere in 2020 are just now just getting to see the light of day. It’s an odd mix of projects too, with none quite resembling another. Some are more highbrow than others, some are blockbusters hoping to lure audiences back to theaters, and some are smaller projects that may easily slip through the folds of an overly saturated market – especially as everything rushes to release. Whatever the case, here are the most universally anticipated films coming out later this year – projects that survived the COVID-19 pandemic in terms of hype and acclaim.

‘Dune’ – the star-studded sci-fi thriller helmed by Denis Villeneuve – was actually originally supposed to be released in November of 2020. It was then delayed till December 2020, before going through a flurry of other delays due to COVID-19, with the film now officially being released in October 2021 (that is –  unless you can catch it at this year’s Venice International Film Festival in October). The film is based on the iconic ‘Dune’ series, which was written by Frank Herbert and first published in 1965. It’s set to cover about half of the first novel, which promises a ‘Dune’ franchise to come.

In fact, a spin-off series called ‘Dune: The Sisterhood’ is already in development at HBO Max. ‘Dune’ will follow the Duke Leto Atreides (Oscar Isaac) as he takes on the role of governing the arid planet of Arrakis – unlivable and unimportant, save for its luxury, addictive commodity, a drug called the “spice.” With an ensemble cast (Timothée Chalamet, Rebecca Ferguson, Zendaya, Jason Momoa, and more) and critically acclaimed IP – the series is set to be the next ‘Lord of the Rings’ in terms of scale and success.

October 2021 – specifically October 22nd – is set to be a hot date. Not only will ‘Dune’ and ‘Last Night in Soho’(whose trailer was released a few weeks ago) release, but Wes Anderson’s next film, ‘The French Dispatch,’ will hit theaters as well. The trailer for the film was released pre-pandemic, only making the wait for the film even more exciting. Not only does it come from an auteur director, but ‘The French Dispatch’ also features an exciting ensemble cast with the likes of Owen Wilson, Tilda Swinton, Timothee Chalamet, Saoirse Ronan, and more.

According to IMDB, the film is “a love letter to journalists set in an outpost of an American newspaper in a fictional twentieth-century French city that brings to life a collection of stories published in “The French Dispatch Magazine”. The movie is looking to be a critical success, emboldened by its smash premiere at the 2021 Cannes Film Festival, where it received a 9-minute standing ovation.

If you feel like you first saw the ‘No Time to Die’ trailer ages ago, you’re not the only one. The film was deep into a long, heavy marketing campaign for months leading up to its April 2021 release, before being postponed because of the pandemic. Its theme song, sung by Billie Eilish, even won a Grammy for “Best Song Written for Visual Media”, because it had already been released. In essence, ‘No Time to Die’ teased the shiniest, sleek Bond film yet.

Widely known to be Daniel Craig’s last performance of the character – the blockbuster was on its way to a gargantuan release. Only time will tell if that momentum will carry over to October 2021, when it is now set to hit theaters – but as one of the most popular IPs of all time, its success seems to be inevitable. Out of all the films on this list, it is certainly the most universal, meaning it’ll have a sizable part in reviving the theater industry.

Another fan favorite with a wide audience and appeal, ‘Top Gun: Maverick’ also exists as one of the postponed blockbusters due to COVID-19. The film serves as a follow up to the popular 1986 film ‘Top Gun’ – with Tom Cruise and Val Kilmer reprising their roles as Captain Pete “Maverick” Mitchell and Admiral Tom “Iceman” Kazansky. The film also casts Miles Teller in a newcomer role, to whom the former will serve as a mentor.

As a sequel to an iconic film, and simply a good ol’ Tom Cruise action flick, ‘Top Gun: Maverick’ is sure to draw in audiences of all ages. As Cruise said on the film, “aviators are back, the need for speed. We’re going to have big, fast machines. It’s going to be a competition film, like the first one…but a progression for Maverick.” Perhaps a return to something familiar – but revamped and modernized – is something we all need right now.

For the more high-brow cinephiles, A24’s ‘The Green Knight’ will be released in just two short weeks, after being delayed from its original March 2020 date. The film has deep roots – based on a 14th-century story called ‘Sir Gawain and the Green Knight’, which is regarded as one of the most famous Arthurian stories. However, the film opts for a darker, edgier take on the tale that feels highly stylized, subversive, and unique. There’s no doubt it has a strong directorial voice, with David Lowery at the helm and Dev Patel in its starring role.

‘Shang-Chi and the Legend of the Ten Rings’

Last but not least, Marvel’s ‘Shang Chi: Legend of the Ten Rings’ is set to make a stir when it releases in September. Following in the trails of ‘Black Widow’s success, the film is sure to be another Marvel hit, especially as it presents to Cinema the first Asian American superhero, brought to life by Simu Liu. With hopes that the film will mirror the success of ‘Black Panther,’ the project as a whole represents a push for diversity and representation that should usher in some serious change in the industry.

While not much is known about the film’s plot, the recently released trailer teases an origin story for Shang-Chi with inner conflicts of heritage, pride, and father-son relationships. Starring bigwigs like Awkwafina, Tony Leung, and Michelle Yeoh… this is definitely going to be one to watch.

And there you have it! There are many, many other exciting films being released this year, but to make a long story short – here’s a sampling of what’s to come!