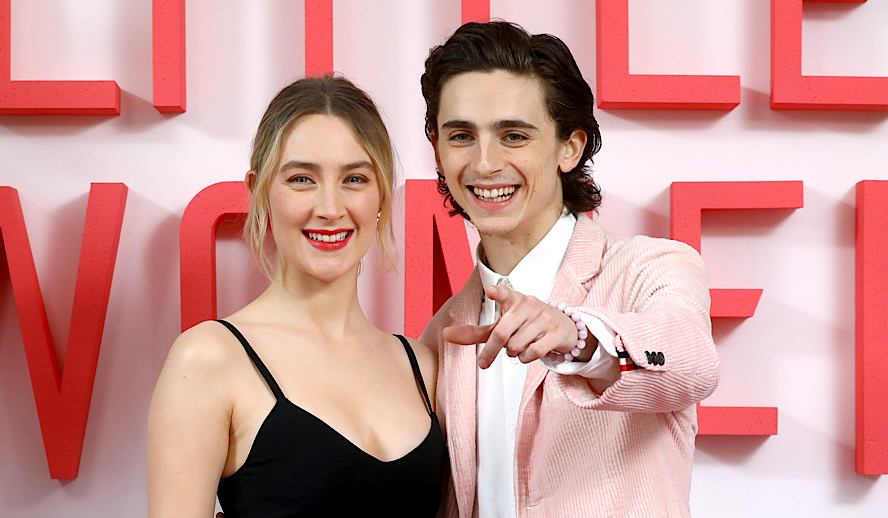 There is something to be said for young Hollywood stars. With more than an abundance of talented young faces making their way to the silver screen every day, there are two that seem to stand out from the rest. Timothée Chalamet and Saoirse Ronan have dominated the film industry within the last few years and it is important to analyze why. Timothee at 24 and Saoirse at 25, most recently starring together in Greta Gerwig’s Little Women, the pair of stars have a raw emotional connection that is so well translated on the big screen, it is as if they’ve known each other their entire lives.

Both Chalamet and Ronan starred in feature-length films as children, but it is in more recent years that the two are receiving accolades for their stellar performances. It is no secret that Hollywood is always obsessed with the next big thing. We live in a world of trending topics and hashtags, yet these two seem to be more of a developing pair of icons rather than a passing trend.

Video: Rendezvous At The Premiere of Little Women

What is it that gives this duo the edge that everyone seems to gravitate towards? In a word, it is their passion. The way that Chalamet and Ronan interact on camera always seems to transport audiences. As if they have been lifelong friends, this pair never fails to make every interaction between them completely authentic and bursting at the seams with raw emotion. When they first shared the screen in Lady Bird, it was apparent that the pair was comfortable with each other on-screen.

Ronan played Christine (Lady Bird), a headstrong girl who had her sights set on making a name for herself in New York after graduation. Chalamet played Kyle, the bad boy for whom Lady Bird could not get enough of. It was a different role for the both of them. Chalamet was right off the heels of his emotional role as Elio in Call Me By Your Name, and Ronan had just received a nomination for Best Actress for her role in Brooklyn.

Chalamet and Ronan Have Unmatched Chemistry in Little Women

Watching Ronan and Chalamet act as Jo and Laurie together in Little Women opened everyone’s eyes as to just how much chemistry the pair has. The way the two actors were able to bounce off of one another’s emotions in every scene, really emphasized the importance of the ‘romance that never was’ between the two iconic characters. It wasn’t the moments of grand dialogue or tears shed that drove home the passion, but rather the little moments. The sly glances the slightest smirk upon their faces, these were the things that showed audiences that these two actors are incredibly dedicated and motivated to progress in their craft.  If acting is reacting – then Saoirse and Timothee are a masterclass for this craft.

Greta Gerwig is no stranger to the raw chemistry between the two actors. She kept the pair for her second writing project and hopes to continue the trend of these two sharing the screen. Gerwig recognizes the connection between the two actors who have stardom of their own right. She also revealed that one of her favorite moments from filming was the scene of Jo and Laurie dancing outside of the party scene. It’s one of those scenes that draws the audience in, not in a conventional way, but in a way that makes Little Women riveting and full of life. This is a scene that further spurs the idea that Ronan and Chalamet are a duo unlike any other in Hollywood.

They are set to star in Wes Anderson’s latest creation The French Dispatch, and it is hard to see a future where these two are not acting together. It is refreshing to see a young pair of stars who not only work together but grow together, and root for one another. They have both grown up before the camera, and before the world, but these two share a genuine friendship that speaks volumes of the future of Hollywood under their spell.