The Evolution of Billie Eilish: Detailing the Star’s Historic Rise to Fame 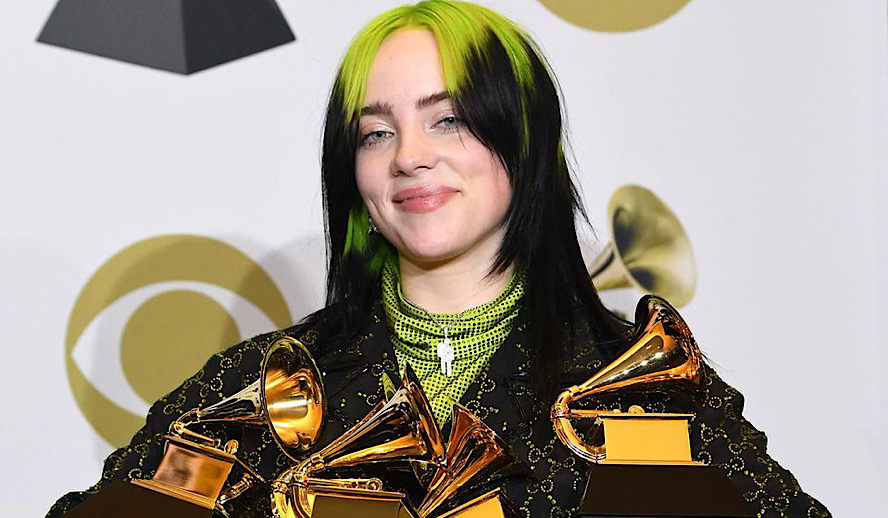 After the release of her first song on the music platform SoundCloud, Eilish steadily began to gain more and more attention. “Ocean Eyes” was recognized by many popular radio stations and their hosts including Zane Lowe and BBC One. Within six months, Eilish had gotten a publicist, who in turn connected her with Chanel, the luxury fashion company. Within the year of the release of “Ocean Eyes”, Eilish was signing a recording deal with Interscope Records.

Related article: The Future of the Music Industry Revealed in ‘Billie Eilish: The World’s A Little Blurry’

Only a year prior, Eilish was singing songs in her bedroom. Then, suddenly, she was signed to the same recording label that manages stars like Blackpink, Kendrick Lamar, and Selena Gomez. Her life changed in an instant and by January 2017, Eilish had released an EP with collaborators like Blackbear. She began to gain more and more traction and her social media reflected that. In 2017, she had over 250,000 followers on Instagram.

However, her meteoric rise didn’t stop there. 2018 saw Eilish embark on another headlining concert tour as well as releasing more hit singles. She was even placed on Forbes 30 Under 30 for the first time. Although Eilish still hadn’t released a debut album, the public didn’t care. Her discography was small but well-loved and the numbers don’t lie. By the end of 2018, she had gained over 6 million followers on Instagram.

If you hadn’t heard of her before, 2019 was the year where Eilish became a household name. Her debut album ‘When We All Fall Asleep, Where Do We Go?’ rocketed to the top of the Billboard 200 and made her the first artist who was born in the 2000s to have a number one record. Again, her follower count skyrocketed and she ended the year with over 40 million followers.

The first half of 2020 continued Eilish’s path of conquest and started with the release of the song “No Time to Die” for the James Bond movie ‘No Time to Die’. She originally had planned to tour in 2020 but had to cancel her venue dates because of the COVID-19 pandemic. For the first time in five years, Eilish had to slow down and take a break. It affected her in more ways than she realized at the time.

2020 brought about catastrophic events that no one could predict, which affected everyone in some way or another. For Eilish and her family, it stopped the momentum they had been building for years. For the past five or so years, Eilish had been living a nonstop lifestyle, flying from city to city or driving from interview to interview. There was no brake for this star, instead, it seemed she just kept pressing down on the gas pedal.

In her widely viewed Vanity Fair interviews, Eilish has stated how fast-paced her life is. She also explains how she never got time to really just sit with herself, until the pandemic hit. Every insecurity she had been pushing away or everything she had ignored came popping up, and there were no distractions to hide in. Eilish had to face everything she was scared of and by doing so, was able to know herself better and understand herself more. Eilish even says “I’m grateful for everything it’s given me,” and states how much stuff she created in the time that she wouldn’t have otherwise had time for.

Her interviews with Vanity Fair are filmed on the same day each year and Eilish is able to compare her answers to questions now to those she answered a year ago. In 2017, she was a gleeful but innocent kid. 2018 saw her become more burnt out while 2019 saw her become happier. In 2020, she learned the importance of responsibility and how to handle all of this insane attention. One thing is certain, Eilish has matured a lot during 2020. She seems more sure of herself, more relaxed, and most importantly, happier.

Staying True To Herself

When Eilish first released her music on SoundCloud, she was only 13-years-old. While she obtained a certain level of fame then, she didn’t become a pop sensation for another two to three years, but she was still a teenager. Unlike other pop artists, Eilish’s music usually takes on a darker tone. Known for clever lyricism and beat drops and shifts, Eilish and her brother, Finneas, brought new music to the spotlight.

Oftentimes, Eilish would speak about her own depression and mental illnesses in her songs. She never shied away from darker topics and was always open to giving advice to fans. However, there were a few things that Eilish rarely talked about – her body and her relationships. At this level of scrutiny, it’s hard to keep things secret but Eilish managed to. Until the release of her documentary, ‘Billie Eilish: The World’s A Little Blurry’, no one knew if she was dating anyone or not. This documentary enabled fans to glimpse another layer of the pop star they adored.

On a similar note, Eilish had been adamant about keeping her body a secret for many years. She always wore oversized, baggy clothing to deter the media from commenting on her weight. Often, she would remark how no one could make judgemental comments because they had no idea if she was actually skinny or not. It’s only recently that Eilish has begun to wear more revealing clothing or post more revealing photos because she has the final say of things like that. She’s confident in her body and has grown strong enough to ignore any haters. She also has supportive peers (she names Ariana Grande, Justin Bieber, and Katy Perry as some friends) as well as a very supportive family. Even though she’s only 19, we can all learn a thing or two from this famous teenager about self-love and how to stay true to yourself.

‘Billie Eilish: The World’s A Little Blurry’ is now available on Apple TV+ and in select theaters.