The Complete Cannes 2021 Guide: The Films We’re Most Excited to See + The Full Lineup 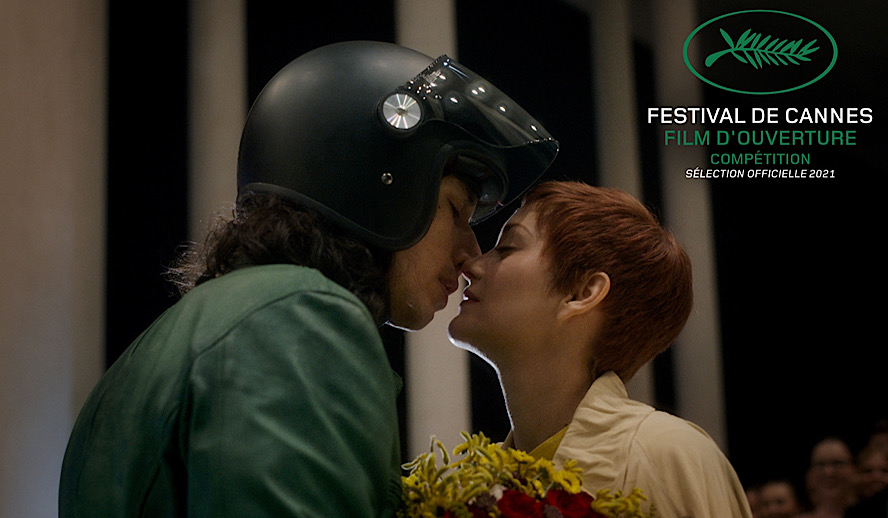 Ah, Cannes. Just as the world is recovering from that odd, somewhat awkward but kind of enjoyable later than usual Academy Award season, cinephiles are gearing up for Cannes 2021, which is set to take place July 6 to July 17. The Cannes Film Festival has been a beloved event since 1946, films competing at the festival are often subject to grand-scale distribution bidding wars and a good critical reception here can go a long way in determining future success for a film. There have only been three occurrences of the Palme d’Or winner also taking home the Best Picture Oscar: ‘The Lost Weekend,’ ‘Marty,’ and ‘Parasite.’ Nonetheless, the reputable award is coveted as an international symbol of excellence.

The lineup for 2021 includes a particular favor towards auteurs and French filmmakers. The unofficial Queen of Cannes Léa Seydoux is appearing in a record number of 4 films this year, ‘The Story of My Wife’ directed by Ildikó Enyedi, ‘Deception’ directed by Arnaud Desplechin, ‘On a Half Clear Morning ’ directed by Bruno Dumont, and Wes Anderson’s ‘The French Dispatch.’ Disappointedly so, there are only four films directed by women in the competition section, which totals an above-average 24 films.  Special shoutout to everyone’s favorite video essayist/director Kogonada, his film ‘After Yang’ has been selected in the Un Certain Regard category. Although the rest of the jury is yet to be announced, Spike Lee will assume the role of president after last year’s cancellation prevented him from doing so.

A Tribute to Cannes Film Festival 2021

Whether it’s because of anticipation built through first trailers or the return of beloved auteurs, here are the top films we are excited about that you should definitely have on your radar:

The film is opening with Leos Carax’s latest ‘Annette.’ The dream sequence seeming musical stars Marion Cotillard and Adam Driver. The gorgeous trailer offers us a look at the story of an artistic couple who have welcomed a daughter born with a surprising gift. The ambiguous plotline, killer cast, and original music by the band Sparks make this a must-see.

Words can’t describe how much the world needs a Wes Anderson film right now. The delays in the release while fans have been drooling over the trailer for over a year now makes ‘The French Dispatch’ definitely the most anticipated of films this year. Starring all the favorite Anderson regulars as well as A-list additions, the film about an American journal in Paris will hopefully satisfy all our cinematic cravings.

With the first trailer having dropped last week, Mia Hansen-Løve’s newest film tells the story of a filmmaking couple who make a pilgrimage to the island where Ingmar Bergman was inspired and worked. While working on their screenplays, it seems the stories they are creating start to emanate their real-life issues. ‘Bergman Island’ marks Hansen-Løve’s first entry into the competition for Palm d’Or,

Any film starring Tilda Swinton is very likely to awe and amaze. Not only do I trust her taste in projects immensely and anticipate a beyond earthly performance every time, but ‘Memoria’ is the latest film by Apichatpong Weerasethakul, a Palme d’Or alumni for his incredibly unique art house ghost story ‘Uncle Boonmee Who Can Recall His Past Lives.’ The synopsis is purposefully ambiguous, involving the sight of sounds, a perfect vehicle for Swinton’s weird and wild sensibilities.

A film that dares have the name of the “greatest film of all time” in its title is bound to raise some eyebrows and capture attention. ‘Casablanca Beats’, directed by Nabil Ayouch, is the first of Moroccan origin to compete for the Palme d’Or and tells the story of a group of young people living in the slums of Casablanca who find purpose and release through hip hop dance. It has already been acquired for sales by Wild Bunch distribution.

‘The Story of My Wife’

Female Hungarian director Ildikó Enyedi’s adaptation of this period piece about a man who marries a woman due to a bet seems promising. The unique premise, the promise of costumes, and the cast of Seydoux and Louis Garrel have us hooked. Enyedi’s 2017 film ‘On the Body and Soul’ won the Golden Bear at Berlin and was nominated for Best Foreign Language Film at the Oscars.

Here’s the full list of nominees as well as a little bit of background on what all the categories mean:

Films in the competition category are all vying for the Palme d’Or, the festival’s highest honor.

‘The Story of My Wife,’ Ildikó Enyedi

‘The Worst Person in the World,’ Joachim Trier

Related article: A Tribute to Agnès Varda: The Mother of the French New Wave Film Movement

The Un Certain Regard category is used to showcase films by new filmmakers as well as unconventional films that are experimental in their storytelling techniques.

‘Let Their Be Morning,’ Eran Kolirin

A section new to the competition in 2021, the Cannes Premiere allows for films that the festival wants to give recognition to but due to limited space in the competition section simply cannot accommodate.

‘In Front of Your Face,’ Hong Sang-soo

While the following films will not be competing for prizes, they all get the privilege and all the benefits that come with having their red carpet premiere at the festival.

‘In His Lifetime’ OR ‘De son vivant,’ Emmanuelle Bercot

‘Where Is Anne Frank?’ Ari Folman

Not an official section, a confusing section that the Festival uses to screen work by festival alumni and documentary makers.

‘Mariner of the Mountains,’ Karim Aïnouz

‘New Worlds, The Cradle Of A Civilization,’ Andrew Muscato.

‘Are You Lonesome Tonight?’ Wen Shipei

An extension of the Special Screenings, but at midnight! Usually, films that are cult-y in nature.

Enjoy Cannes 2021! We wish the festival the best of luck in its momentous endeavor.