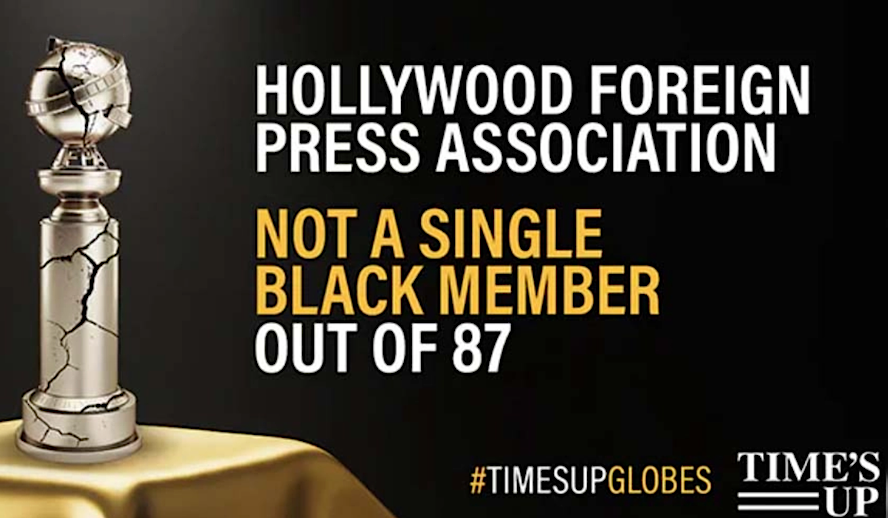 Background on the Controversy

Back in February of 2021, the Hollywood Foreign Press Association (HFPA) garnered criticism for a stunning revelation – that the 87-person committee had zero Black members. This exposé came at the time of the 2021 Golden Globes nominee announcements, which left out notable Black-led films like ‘Judas and the Black Messiah’ and ‘Ma Rainey’s Black Bottom’, made worse by the continuing Black Lives Matter movement and efforts to diversify the film industry. Thankfully, these films were all later nominated for Academy Awards, with Daniel Kaluuya winning for Best Supporting Actor in Judas. However, that fact only goes to exemplify the HFPA’s bias and inability to recognize cinematic rigor.

For many in the industry, this news was surprising, but perhaps not shocking. The HFPA has long been criticized as being an exclusionary group, one not only lacking diversity but susceptible to bias in the form of gifts and financial support. For reference, many were surprised when the Netflix show ‘Emily in Paris’ was nominated for two Golden Globes – the series having not received stellar reviews.

However, the situation became clearer when it was revealed that the ‘Emily in Paris’ creators had flown out over 30 HFPA members to Paris in an all-expense trip to visit the set. According to VICE, “the trip consisted of a two-night stay at the Peninsula Paris hotel — a five-star establishment with per night prices beginning at around $1,400 — as well as a news conference and lunch at a private museum. Though the HFPA rules officially state that members are forbidden from accepting gifts valued at over $125, there are clearly ways to get around them.”

Though the HFPA came under fire for these revelations, “the show must go on,” as the saying goes. The Golden Globes still aired on February 28, 2021, with hosts and winners alike poking at the allegations – but without much progress being made. In March, the HFPA pledged to add 13 Black members to its roster in an effort to diversify their membership, in an attempt to quell the controversies. But to many, this wasn’t enough. Fast forward to now, and it seems like companies and top talent are taking a stand. They are not only denouncing the HFPA but rescinding their financial support.

It all began when Netflix called out the HFPA for their lack of diversity, saying they would stop all interactions with the organization until sizable changes were made. CEO Ted Sarandos said in a letter, “we don’t believe these proposed new policies — particularly around the size and speed of membership growth — will tackle the HFPA’s systemic diversity and inclusion challenges, or the lack of clear standards for how your members should operate.” The letter was praised by industry members such as showrunner Shonda Rhimes, director Ava Duvernay, and actress Reese Witherspoon.

Across the board, people showed their support for Netflix taking clear action, especially as one of the biggest studios in the business with the biggest output in streaming content. In response, the HFPA sent a letter back saying they would be open to sit down with Netflix to discuss these issues in person, urging that their proposed plans for the future would drive meaningful reform and inclusion. However, many saw the response letter as a veiled effort.

Unluckily for the HFPA, Netflix’s open letter only drove other companies to take a stand, the next one startlingly coming from the Golden Globes’ network airer itself, NBC. To give some history, NBC has aired the awards show for decades. But despite the longstanding relationship, they have announced that they will not air the 2022 Golden Globes on its network (however, they are still hoping to air in 2023, given adequate changes are made). In all honesty, the move to not air the 2022 Globes doesn’t hurt NBC either. According to CNN, the last awards show “was watched by 6.9 million, the lowest rating since the program moved to NBC in the 1990s.”

Top Stars Contribute to the Conversation Against HFPA

The movement to condemn the HFPA is also being strengthened by some new voices, namely actor Tom Cruise who pledged to return the three Golden Globes he earned for ‘Born on the Fourth of July’, ‘Jerry Maguire,’ and ‘Magnolia.’ While he hasn’t posted any official statement regarding his views, the act speaks for itself. Mark Ruffalo, star of the ‘Avengers’ franchise, also showed his support of the boycott in a lengthy Twitter statement.

In the post, he wrote, “It’s discouraging to see the HFPA, which has gained prominence and profited handsomely from their involvement with filmmakers and actors, resist the change that is being asked of them from many of the groups that have been most disenfranchised by their culture of secrecy and exclusion.”

But discrimination isn’t the only violation the HFPA is under fire for. Actress Scarlett Johansson, star of the upcoming ‘Black Widow,’ has called out the organization on sexism as well – something that she personally experienced in her involvement with the HFPA. Surmising about HFPA press junkets she was invited to as an actress, she said that her participation “often meant facing sexist questions and remarks by certain HFPA members that bordered on sexual harassment. It is the exact reason why I, for many years, refused to participate in their conferences.” She criticized the HFPA for their lack of respect for actors and failure to have their best interests in mind – amplified by their legitimization of criminals like Harvey Weinstein.

All in all, the Hollywood Foreign Press Association is going to need to make serious changes if it hopes to turn the tide back and avoid being “cancelled.” Will they be able to adapt to our changing, diversified culture – or will they remain a dinosaur ill-fitted for the new age? Whether they succeed in their endeavor or not will come to light in the future, but based on their actions, the odds are certainly not in their favor.