Generation ‘Z for Zendaya’: How the Young Actress is Defining a New Hollywood 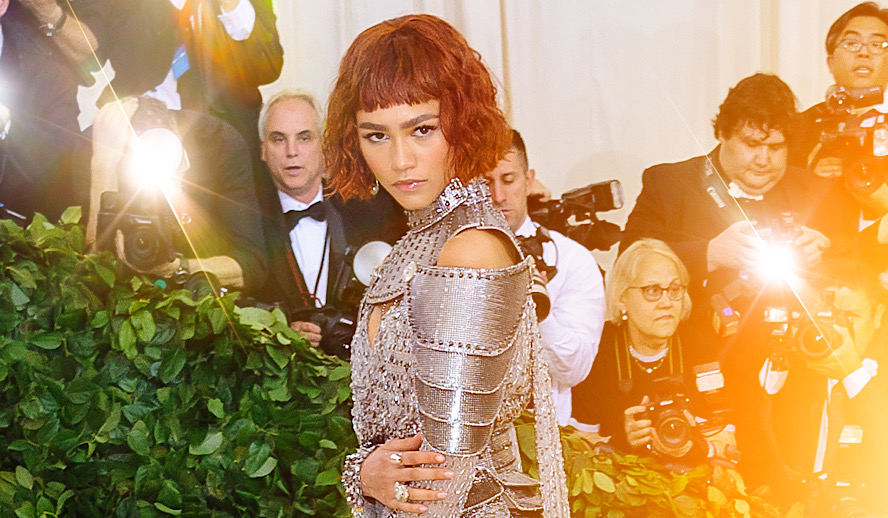 There’s a reason why today’s youth are called “Gen Z;” it stands for Zendaya. You may know her from the upcoming Netflix film, Malcolm & Marie, but Zendaya has been a force to be reckoned with for over a decade. Ever since her Disney Channel debut, the actress has participated in shows like Euphoria and films like The Greatest Showman, even staking her claim in the Marvel Cinematic Universe as Spider-Man’s MJ.

Zendaya – Subverting the stereotype of the Disney Star

Zendaya made her acting debut in Disney Channel’s Original Series Shake It Up when she was just 14 years old. She played the practical, level-headed Rocky Blue to Bella Thorne’s impulsive CeCe Jones, as the two best friends pursued their dreams of becoming professional dancers. In retrospect, this role effectively established Zendaya as a triple threat. Not only did she act and dance in the show, but she eventually debuted with original songs such as Something to Dance For and Swag it Out, as well as a self-titled album called Zendaya, during her Disney tenure. All the while, she was featured in Disney Channel Original Movies and guest-starred in a variety of their shows. These consecutive, exponential releases cemented Zendaya as the ultimate family-friendly role model in the early 2010s.

Furthermore, while most stars move on from Disney after their initial run, Zendaya chose to stay at the network for her own, self-led show K.C. Undercover, which began airing in 2015. As a producer and star of the series, she told EW that female empowerment was at its core. “I wanted to make sure that there was a strong female character, and I think it’s cool that young women and young men can both look up and say, ‘Wow, I want to be like this girl.’ If you love something and you’re excited, there should be nothing holding you back from doing that.” The show ran for another three years until coming to an end in 2018. Because of Zendaya’s longevity at Disney with Shake it Up and K.C. Undercover, she is present in the childhoods of a far broader audience than the usual Disney star. Gen Z, as well as younger millennials, are familiar with her work.

When looking at the stereotype of former Disney Channel stars, Zendaya’s trajectory also presents itself as something rare. In her eight-year period at the studio, she was never once involved in any sort of scandal – atypical for Disney stars due to the tight, unforgiving leash of the studio. After leaving Disney, she never expressed any ill-will towards the network, as some stars do. Instead, she managed to maintain an untarnished personal brand while keeping a pristine relationship with the studio.

Becoming a leader both in front of and behind the camera

However, what’s surprising is Zendaya’s ability to transcend the Disney brand. During her teenage years, she expanded her influence to a variety of areas, such as fashion and activism. Up until early 2018, she had her own clothing line titled Daya by Zendaya – a brand rooted in inclusivity. For instance, she expressed in Vogue her desire for the brand to feel gender-fluid and accessible to all. As a model, she’s been featured on magazine covers such as Allure, Elle, GC, Vogue, and InStyle – and has participated in beauty partnerships with companies like Lancôme. And, not to be forgotten are her extravagant Met Ball outfits, earning much attention in the fashion world; she memorably donned a glowing Cinderella gown, designed by Tommy Hilfiger, in 2019.

On social media, Zendaya regularly posts about social justice movements, such as Black Lives Matter, and encourages her followers to vote in upcoming elections. By projecting an intelligent, professional image, she easily encourages her audience to participate in making real change. When she’s not being admired for her elegance and poise, she’s simply respected for her down-to-earth persona. Her 73 Questions with Zendaya video – showcasing her effortless sense of humor, beauty, and humility – pulled in over 17 million views on YouTube. Older generations may have not realized Zendaya’s scope of influence, but she is not new to the game. Her draw over young audiences, Gen Z is in particular, has been withstanding, effective, and direct. On social media platforms such as Instagram or TikTok, she’s revered as a mythic idol, whom everyone respects.

Of course, this leads us to the present day. Just last year, Zendaya became the youngest person to win an Emmy in the Outstanding Lead Actress in a Drama Series category for her role as Rue in Euphoria. The Sam Levinson-helmed show gained critical acclaim for its visceral take on teen culture, resonating with young and old audiences alike. As the show’s lead, Zendaya punctured the screen with a painful, raw performance. With true artistic flair, she even reminded audiences that – yes, she could still sing – with a formidable music number of Labyrinth’s All For Us in the season finale. It’s clear she remains a triple threat to this day.

Malcolm & Marie, where she stars opposite John David Washington in her most demanding role yet. An intimate relationship drama set in the confines of one house (and shot in quarantine), the film strips love to its bare bones. Though Zendaya tackled mature content with Euphoria, this will arguably be the first role where she is considered an adult (rather than a teen), truly signaling the end of her Disney era. With the film already garnering Oscar buzz, she will undoubtedly be elevated into Leading Lady Status. Next winter, audiences will be also able to see her in Denis Villeneuve’s star-studded film Dune – opposite stars like Timothée Chalamet, Rebecca Ferguson, and Oscar Isaac.

Zendaya’s steady climb to fame, fervent adoration from fans, and recent accolades are all well deserved. It’s clear she is defining a New Hollywood, but even more impressive when one realizes she’s been contributing to it for a long time (i.e. K.C. Undercover.) In a recent GQ cover story, she spoke about how she spent the last year rejecting one-dimensional female roles, stating how most scripts have female characters with “not a lot of layers,” who “seem like the same person over and over and over again.” As an influential artist with the power to now reject said roles, Zendaya is poised to lead the industry into a more inclusive and female-led era. A multifaceted artist with seemingly no limits, she’s here to stay – whether that be as an actress, dancer, singer, producer, or activist. As she said, acting is simply “the car that got me [here.] Now that I’m here, I realize that my purpose in life is to help people and do positive things.