‘Lord of the Rings: War of the Rohirrim’: A New Animated Feature Film Fast-Tracked for Global Release 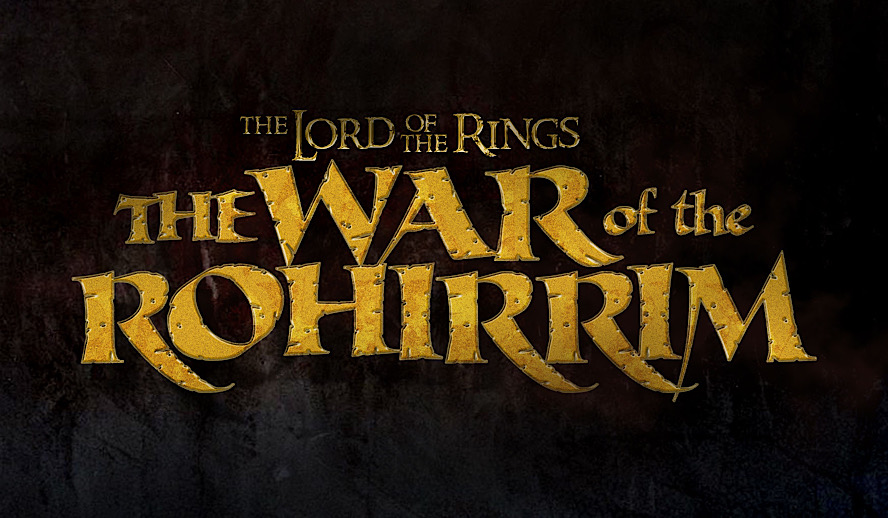 Photo: ‘Lord of the Rings: War of the Rohirrim’/Warner Bros. Pictures

‘The Lord of the Rings’ is a mighty, Oscar-winning franchise known for its barbaric, magical, and creative characters and awe-inspiring set pieces. Originating from the wonderful mind of J.R.R. Tolkien, ‘The Lord of the Rings,’ which is now synonymous with the live-action portrayals of Orlando Bloom, Elijah Wood, and Sean Bean, got its start as an epic novel detailing the distant-past land of Middle Earth where ogres, wizards, hobbits, and dragons rule supreme. Now, the franchise is set for an upcoming animated feature film to add to its already heralded reputation, a step that seems almost logical given the source material.

When reading through the wonderful work that is Tolkien’s The Lord of the Rings, a child-like sense of imagination permeates throughout the entirety of its page count. Beautifully descriptive constructions of Gollum’s disgusting features and the unique style of living the Hobbits enjoy allows the imagination to run wild, creating an almost comic-book-esque visual representation within the reader’s mind. Animation, especially following the success and respect recent animated films have accrued (‘Spiderman: Into the Spider-Verse’, ‘Toy Story 4’) seems perfectly suited to bolster the magnificent landscape that is The Lord of the Rings.

‘Lord of the Rings: War of the Rohirrim’ – The Upcoming Film’s Plot

‘War of Rohirrim’, as it is currently titled, is a story of the wintery defense of the Fortress known as Helm’s Deep, led by the mighty and powerful King of Rohan – Helm Hammerhand. Set to be directed by Kenji Kamiyama, director of three ‘Ghost in the Shell’ sequel seasons (‘The Laughing Man’, ‘Individual Eleven’, and ‘Solid State Society’), the film ties directly into the live-action ‘The Lord of the Rings: The Two Towers,’ canonically. Since ‘The Two Towers’ is set in Helm’s Deep, this film opts to give credence to its founder, Helm Hammerhand, and his blood-soaked battles against Dunlandish invaders.

Related article: The All-White ‘Lord of the Rings’: A Continuing Lack of Diversity

It has subsequently been labeled a “companion piece” to the massively popular trilogy because of this connection. New Line Cinema (Warner Bros. and New Line will be producing the upcoming feature) CCO Richard Brenner says, “Fans know Helm’s Deep as the stage for one of the greatest battles ever put to film and, with many of the same creative visionaries involved and the brilliant Kenji Kamiyama at the helm, we couldn’t be more excited to deliver a fresh vision of its history that will invite global audiences to experience the rich, complex saga of Middle-earth in a thrilling new way.”

As mentioned, Kenji Kamiyama will direct, but otherwise, the cast and crew have sparsely been composed, as of yet. The film will be an adaptation of Tolkien’s work, so he will be credited as a writer and, alongside him, Jeffery Addiss and Will Matthews are working on the film’s screenplay. Co-writer of the live-action trilogy and ‘The Hobbit,’ Philippa Boyens will work as a writing consultant and, now to the obvious question – what about Peter Jackson?

Jackson is not actively working on the film, but he has reportedly given his blessing and consent that the newest feature be produced. Other than the writing staff, there is no news as to who will be involved, be it production or cast. With that being said, Warner Bros. Picture Group and New Line Cinema will be the penultimate powers deciding the results as the lead production studios. This may lead to questions about the upcoming Amazon Studios original series, and no, Amazon doesn’t own the rights to ‘The Lord of the Rings.’ Rather, they paid a very hefty $250 million for pre-’Lord of the Rings’ rights. Amazon plans to spend north of a massive $1 billion on the upcoming production, directed by Rose Glass, and will be set in a much earlier age than the film trilogy.

Following the release of 2017’s ‘Spiderman: Into the Spider-Verse’ animation, as a medium, was revolutionized forever. The artform was thrust into a market, specifically the comic-book-movie market, which in turn opened the medium up to a vastly greater general audienceship than previously allowed. Marvel and DC, alike, have some of the most ravenous and widespread fanbases of any cinematic universe on Earth. The overall impressive result that ‘Spider-Verse’ achieved illuminated the possibility of widespread animation success to not just audiences, but production studios, alike.

With the overall market having greatly expanded in recent years, we, as an audience, have been offered a number of unique and not so unique animated films as a result. Post-’Spider-Verse’ we have seen ‘Frozen II’, ‘Toy Story 4’, ‘Incredibles 2’ and ‘Despicable Me 3’ all of which grossed more than $1 billion in revenues, rounding out four of the top 10 highest-grossing animated films of all time. Clearly, the market is growing ever more saturated with each passing year, and with each original concept, the market grows a bit healthier. Films like ‘Coco’, ‘Ne Zha’, ‘Isle of Dogs’ and ‘The Mitchell’s vs. The Machines’ provide much-needed depth and variety to a largely franchise-dominated medium. Although the new ‘The Lord of the Rings’ film is a franchise, it will be a totally unique offering compared to its predecessors which is much better for market health than another minion movie sequel.

As for what to expect stylistically, that’s still up in the air. Warner Bros. doesn’t have an illustrious history in animation, its largest successes have come from the likes of ‘The Lego Movie’, ‘Tom and Jerry’, and ‘The Iron Giant’, so there is not much to base expectations off on that front. However, the inclusion of director Kenji Kamiyama speaks volumes. Kamiyama brings a largely Eastern perspective to a Western audience.

Having worked on the ‘Ghost in the Shell’ IP, one of the most successful animes of all time, it is likely that we get a more Eastern influence on ‘War of Rohirrim’ than just about any other American animated film in American history. This is another factor in the diversification of the animated subsect, just another instance of the budding health of the medium. As a fan of Eastern animation myself, especially Satoshi Kon and Hayao Miyazaki, it is very refreshing to see this updated take on the genre and, hopefully, ‘War of Rohirrim’ does not disappoint.