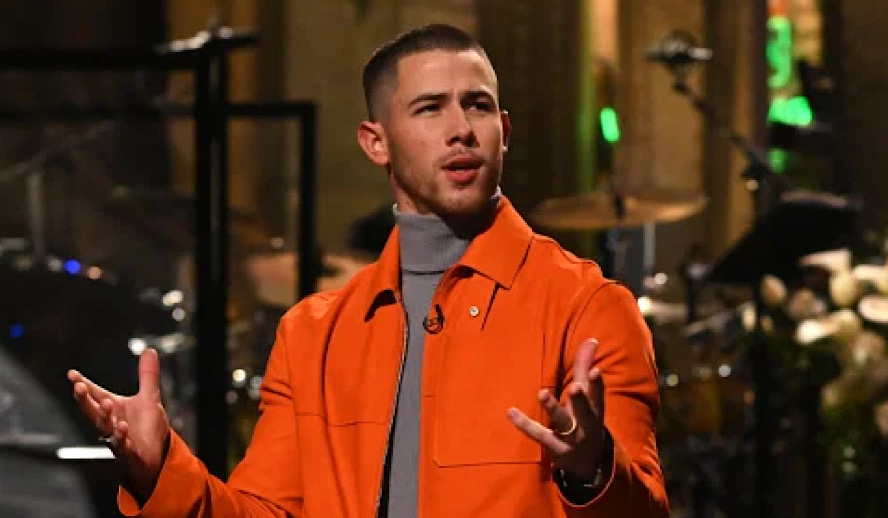 On February 27th, 2021, Nick Jonas played double-duty as both the host and musical guest on ‘Saturday Night Live’. Though the tradition of having stars host and perform has been long-running throughout SNL’s history, Nick Jonas completely flopped. His episode was not funny, nor was it entertaining to watch as it revolves entirely around Nick Jonas’s self-promotion. The musician’s bland personality overpowered the episode and shifted the focus of the show from humor to marketing. Let’s dive a little deeper into why this episode flopped and how Nick Jonas oversaturated the show.

As A Variety Show, SNL Thrives Off of Diverse Sets of Performers

First off, I want to recall SNL’s roots as a variety show. SNL was created by Lorne Michaels in 1975 and continues to air regularly into the present. On top of a regular set of cast members, the show features a host and musical performer each week, serving the dual purpose of drawing existing followers of said guests to the show as well as giving the guests themselves a platform to promote upcoming projects. Here arises my first issue with one person fulfilling both roles of host and musical guest: it simply takes away spots from other artists who could use SNL to advertise themselves.

If the goal of SNL is to assist celebrities and musicians in marketing their upcoming projects, it would make sense to place attention on each individual role of host and performer, allowing as many guests as possible to receive airtime. Not to mention, the whole point of SNL is to be a variety show, aka a show with a variety of performers and hosts. That’s what makes it interesting to watch. With one person fulfilling both the roles of host and musical guest, it drenches the show with their presence, thus diluting the sketches as well as the performances of their impact. It’s inherently wrong for a variety show to give both of these coveted roles to the same person.

Iconic Impressions Make SNL The Show It Is

SNL is a variety show that embeds itself in comedic sketches with contemporary pop culture references. One of the most interesting parts of SNL is the impressions. Over the years, we’ve been granted iconic performances such as Kate McKinnon as Justin Bieber, Alec Baldwin as Donald Trump, and Aidy Bryant as Ted Cruz. These impersonations often focus on exaggerating one aspect of the celebrity in question, be that their recent trip to Cancun in the middle of a pandemic or their youthful immaturity in a Calvin Klein ad. These impersonations can also be successful when the host plays an exaggerated version of themselves.

See the sketch “Drake’s Beef”, in which Drake plays an overly sensitive version of himself, using misconceptions of his tough-guy exterior for laughs. The bottom line is that these impersonations are comical because they are over-the-top and excessive. They feed off of our preconceptions about a celebrity and rework those into a humorous form. This past week’s episode, however, did none of that. Nick Jonas successfully managed to permeate every aspect of the episode with his presence by playing himself in every single sketch and performing as the musical guest.

“The Dionne Warwick Talk Show”: A Case Study on What Not to Do

For example, the “Dionne Warwick Talk Show” sketch. This is a recurring skit that has appeared in only one previous SNL episode, hosted by Timothée Chalamet. It features Ego Nwodim as the infamous Dionne Warwick interviewing celebrity guests on her talk show. The first iteration of this sketch was hilarious because it thrived off of the celebrity impersonations. Timothée Chalamet played Harry Styles which is an iconic crossover as the two male stars are often compared in media due to their similar tastes in fashion, young age, and quick rise to stardom over a relatively short period of time.

In the sketch, Timothée speaks in an exaggerated British accent while he discusses possible hidden meanings behind Styles’ song “Watermelon Sugar”. After a brief interlude of one-liners from Ego Nwodim, Chloe Fineman appears as Timothée Chalamet in the sketch. She pretends to be overly nervous and excited for her debut on the show, parodying Chalamet’s early interviews with Jimmy Fallon in 2018. I’m not going to go too in-depth about why this was funny because it should be relatively self-explanatory, but this sketch was a success because it played off of fans’ preconceptions of Timothée while also allowing him to impersonate a star that he’s often compared to. The exaggerated impressions of famous stars, which SNL does best, were a prime feature of this sketch.

Back to Nick Jonas, who also appeared on the most recent iteration of the “Dionne Warwick Talk Show” sketch. Nick Jonas, unlike Chalamet, took the opportunity to play himself in the interview with Dionne. Instead of exaggerating any aspect of his personality or building on his fans’ misconceptions about him, he just played himself. The sketch could have been a real interview if it was taken out of SNL context. He responded to Dionne’s questions with one-word answers, mostly using screen time to promote his own work (such as his upcoming stint on ‘The Voice’). There was no parody in his performance, thus nothing was interesting about it. Once again, it felt like a real interview with Nick Jonas, not an SNL sketch.

Nick Jonas’ lack of performance or spectacle on SNL made the whole episode stink of self-promotion. There was a disingenuous quality to both his monologue and his sketch appearances which made the episode feel more like a commercial for his imminent album release than anything else. Beyond the Dionne Warwick sketch, Nick Jonas failed miserably at making any humorous jokes during his screen time on the show. Even his opening monologue didn’t feature any funny lines beyond a quick cameo from his brother, Kevin Jonas, who joked about their band splitting up again. The fact of the matter is that SNL is rooted in celebrities making fun of themselves and parodying their own work. The exaggerated, excessive, and sometimes offensive impressions are what keep SNL relevant. Without these stereotyped personalities, the show lacks a certain flavor.

To wrap up, Nick Jonas did not succeed as both host and musical performer because he seemed scared to embarrass himself with the outlandish impressions SNL thrives on. Couple this with him fulfilling the roles of both host and musical guest, and you get an image of a self-absorbed pop star who simply wants to promote his upcoming work. To play devil’s advocate here, I want to say that I don’t think the failure of this week’s episode can be solely attributed to the fact that Nick Jonas was both the host and musical guest. Rather, it failed because his dual roles combined with the lack of exaggeration in his sketches make the whole episode feel shamelessly oversaturated with Nick Jonas. His personality, or lack of one, seeped through the sketches, performances, and his monologue making for an SNL episode that fantastically missed the mark.