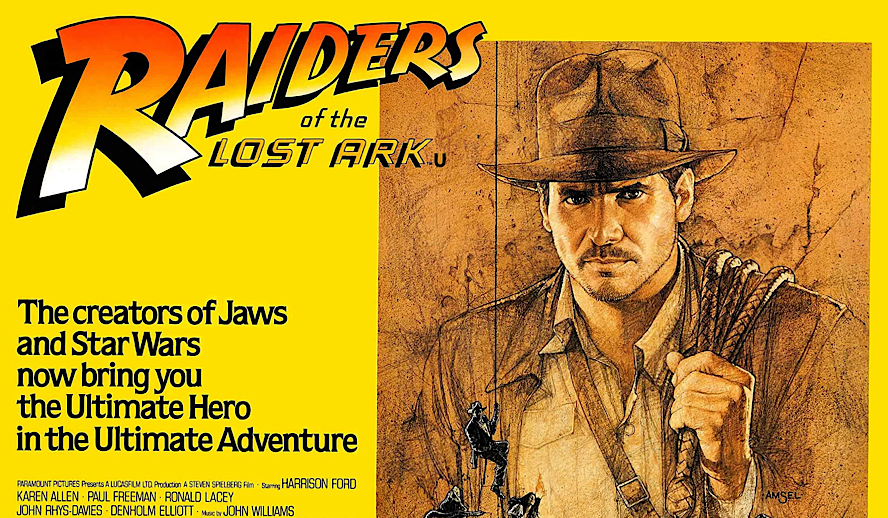 On June 12, 1981, an action-adventure film that featured Harrison Ford as the title character was released in theaters. It became a commercial success and won over audiences. This film was none other than ‘Raiders of the Lost Ark’. 40 years later, the film has paved the way for multimedia franchises dominating the box office.

The Premise and Production

‘Raiders of the Lost Ark’ is a film directed by Steven Spielberg. The story was written by George Lucas. For the role of Indiana Jones, Lucas originally wanted an unknown actor to portray the title character. At first, Tom Selleck was hired to portray the whip-wielding character but was unable to portray the character due to contractual obligations with his role on the television show, ‘Magnum P.I.’, so he backed out. Ultimately, Ford was chosen. Spielberg believed he fit the role after watching his performance as Han Solo in ‘The Empire Strikes Back’.

As for the music, John Williams was hired to serve as the composer for the film. The composer is best known for his work on the ‘Star Wars’ and ‘Harry Potter’ film franchises. Williams spent weeks creating the ‘Indiana Jones’ theme which is named ‘The Raiders March’ and plays during Jones’ heroic scenes.

The film’s premise follows archaeologist and adventurer Indiana Jones (Ford) who is hired by the United States government in 1936 to retrieve the Ark of the Covenant before Adolf Hitler’s Nazis can obtain its powers. On his journey, Jones reunites with his former lover, Marion Ravenwood (Karen Allen).

‘Raiders of the Lost Ark’ has had a lasting impact on pop culture. It’s considered as a touchstone for modern cinema which created a film framework that has been emulated by other films.

The film helped Ford’s career soar to bigger heights. It led the actor to get cast in the cult classic ‘Blade Runner’ in 1982. He reprised that role in the 2017 sequel ‘Blade Runner 2049’. Lawrence Kasdan became one of Hollywood’s most in-demand writers. Kasdan was one of the writers for ‘The Empire Strikes Back’.

As for Allen, she expressed distaste for how Marion was treated in the film. She would have rather seen her character not so motivated by her relationship with Jones, her financial gain with her father, or his obsession with the Ark. She lobbied for rewrites so her character could be explored further. Allen did get told by women and girls that her character has inspired them.

In the film, Indiana Jones is an archaeologist. ‘Raiders of the Lost Ark’ sparked a real-life increase in students studying archaeology. Many modern archaeologists expressed that the film inspired them to work in the field. The main reason for this archaeology boom could be how the film portrayed Jones’ passion for this field of study through his words and facial expressions.

The action-adventure epic has made a cultural impact. Several filmmakers have spoken of their appreciation for the film or cited it as an inspiration for their own careers. Joe Johnston’s directorial effort ‘Captain America: The First Avenger’ was influenced by ‘Raiders of the Lost Ark’ as far as character designs go.

The 1993 TV series ‘The X-Files’ was influenced by the film as far as the character of Fox Mulder (David Duchovny) having similar character traits to Indiana Jones. ‘X-Men: Apocalypse’ was also influenced by the film. It pays homage to ‘Raiders of the Lost Ark’ by combining a variety of themes that were used in the 1981 classic.

40 Years Later, What’s Come from the Film and What’s Next?

Little did we know that another film would be added to the franchise 19 years later. ‘Indiana Jones and the Kingdom of the Crystal Skull’ brought back Karen Allen as Marion and introduced us to Mutt Williams (Shia LaBeouf) and the ruthless Irina Spalko (Cate Blanchett). Out of all the films, this one received mostly mixed reviews but became a box office success.

Ford said he would be on board for a fifth installment of the franchise if it didn’t take another 20 years to make it. 13 years after ‘Indiana Jones and the Kingdom of the Crystal Skull’, a fifth film is now underway and began filming in early June of 2021. Ford is returning to portray his respective role as Indiana Jones with Phoebe Waller-Bridge and Mads Mikkelsen joining the cast. It was just announced on July 16 that Antonio Banderas joined the cast. John Williams is returning to compose music for the film. There are no title or plot details to be shared at this time.

‘Raiders of the Lost Ark’ is said to be one of the best films ever made. The film is certified fresh on Rotten Tomatoes with a 95% approval rating and an 8.4/10 on IMDb. 40 years later, it’s still a timeless classic and paved the way to many films that we’re able to watch today. The film has been mentioned in other films and television shows like ‘The Big Bang Theory’ for example.

Many fans have dressed as the characters from the film at comic cons and fan expos. This action-adventure spectacle will continue to be talked about for the next several decades because of its huge impact on the film industry and pop culture.