‘The Last Movie Stars’: Ethan Hawke Uses His Experience in Front of the Camera to Shine Behind it 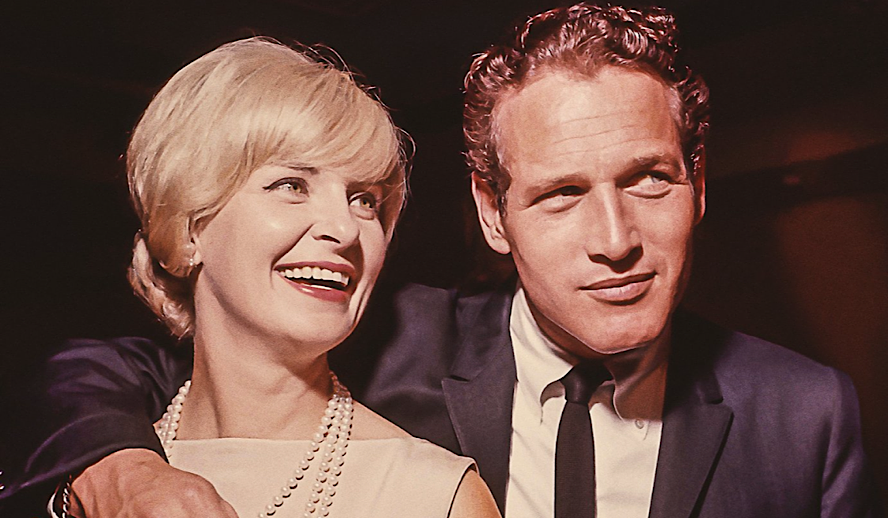 Ethan Hawke knows the film industry, there’s no doubt about it. From his breakout role as Todd Anderson in 1989’s ‘Dead Poets Society’ to his roles this year in ‘The Northman’ and ‘The Black Phone,’ Hawke has been regularly involved in the film industry for around thirty years. He’s spent the majority of his life building a repertoire full of learning experiences and first-hand accounts of the ins and outs of the film industry.

So, when it came time to make a documentary about legendary movie stars Paul Newman and Joanne Woodward and their industry marriage (Hawke himself having been famously married to Uma Thurman), Ethan Hawke was the perfect man for the job. He knows the industry, the ins and outs of stardom, public relationships, and, as we learn now, he knows how to make a seriously good series.

Over the course of the six-hour miniseries, the lives and careers of Paul Newman and Joanne Woodward unfold in the form of archived interviews, new research, and a seemingly never-ending list of celebrity guest appearances. The project was perfectly influenced by the time it was created. With all the time in the world to research and reach out to people and the (perhaps reluctant) willingness from people to hop on a Zoom call, the miniseries became a mixture of storytelling from primary sources and interviews as well as perspectives from many of the biggest industry names.

The thesis of the project exists between two planes. First, being a project born from a memoir, much of the series is a retelling of details, events, and situations that led to Newman and Woodward’s lasting impact on the film industry. However, having experience in the industry, Hawke doesn’t shy away from giving his own personal understanding of how these impacts can be seen today, as well as what could have gone differently. Mostly, the series sticks to the big changes, and these changes were massive. Woodward and Newman changed the way actors acted, pushing Hollywood to a more understated and nuanced style. Their 50-year love story only sweetens the pot.

Ethan Hawke is by no means the first artist to tackle these two stars. The couple was immensely successful individually, with their marriage only adding to their notoriety. It’s not easy for such a notable couple to slip through the cracks or fade into the depths of public memory. Their very existence is a story waiting to be told, and people were all but lined up to tell it. Their individual careers and their love story were so influential that Newman himself began working on a memoir before his death.

Newman wanted his story told, so he began interviewing. He wanted a memoir written, and he was working to make it happen. When transcripts of these interviewers were found, it was clear that Newman wanted his story out there in his own words; It was time to make that happen. So, Woodward as well as one of Newman’s children approached Hawke with the material. They asked him to tell their story, with the added bonus of time on their side. All these years later an industry man like Hawke would be able to dig into Newman’s life and relationship but also into the ways he influenced the industry and his legacy.

Ethan Hawke began working in an industry that was shaped and molded by Newman and Woodward, and it’s clear he admires them for that. They changed the game when it came to the way actors portrayed on-screen emotion and worked to create a true film style of acting, coming into itself as an artform instead of a spinoff of theater or vaudeville. But this doesn’t mean Hawke is without criticism. He’s able to expertly take a step back and look at the picture as a whole. Newman had his struggles and cannot exist as an entirely unproblematic favorite.

This being the case, there’s really nobody who could have made this series as well as Ethan Hawke. Hawke is able to share his personal perspective in a way that appears credible and valuable to the story rather than weighing it down and diluting facts with opinions. When he does share an opinion, it comes from a relevant place that serves to further the series. Hawke knows what it’s like to follow in Newman’s footsteps and he knows what it’s like to see people struggle with personal issues in the film industry. He’s able to validly analyze both Newman and Woodward’s personal lives and relationship and the way they influenced the film industry, never allowing his opinions to harm his thesis.

In Summary: A Refreshing Take on a Classic Genre

A docurseies on its own is hardly a groundbreaking project. We’ve seen them existing in just about every nonfiction genre, from true crime to nature documentaries to revealing industry secrets. The difference is the professionals seen in docuseries are typically there to give an interview, share an anecdote, or explain a phenomenon. Rarely do we see somebody with intimate knowledge of the subject matter step behind the camera and take charge of the project. I’m sure I’ve sung his praises enough, but this project simply wouldn’t have been the same without Ethan Hawke. His presence as a creator, director, and producer lead ‘The Last Movie Stars’ to deliver a fresh take on the classic docuseries, all while breathing new life into a story of stars we’ve heard before.