The Ones Overlooked: A-List Celebrities and Their Underrated Movies 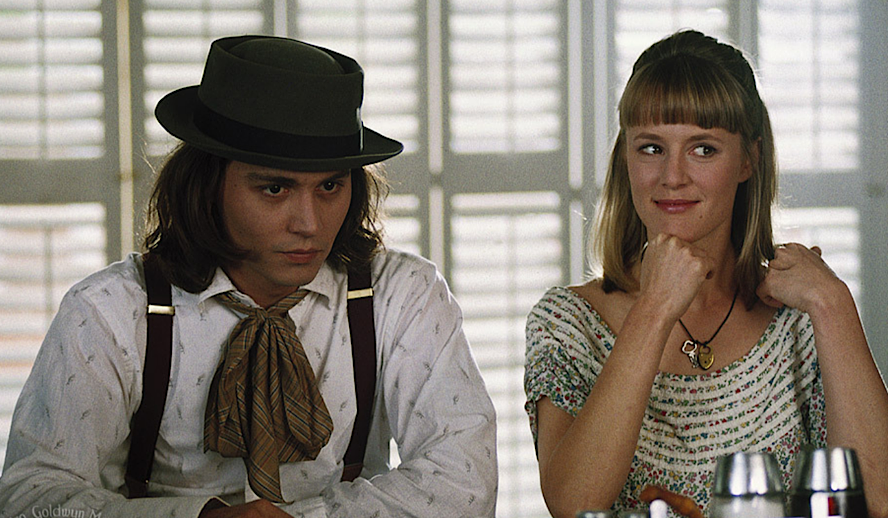 Diamond in the Rough

Actors will always be remembered for the films that they have done. Whether it earned them an Oscar or was well received worldwide. Though it’s easy to forget that some of their films have been left behind. Some performances are arguably better than what audiences or critics thought of them on their initial release. This is a look at A-list celebrities and a film that should have received more attention.

Johnny Depp could easily be one of the most famous actors of all time. From his younger roles to his older ones, time after time he can transform himself into anything and everything. Most known for his work alongside Tim Burton, Depp has starred in ‘Edward Scissorhands’, ‘Corpse Bride’, and ‘Charlie and the Chocolate Factory’. He has also made a name for himself being the captivating Captain Jack Sparrow in ‘The Pirates of the Caribbean’ franchise. He proves over and over that he is capable of any role and any character, but there is one of his many performances that seem to get overlooked.

‘Benny and Joon’ is directed by Jeremiah S. Chechick and was released in 1993. Depp plays, Benny, an eccentric man who identifies himself with Buster Keaton and Charlie Chaplin. His character falls in love with Joon, a mentally ill woman who lives with her brother. This light-hearted film follows their relationship and shows a very charming young Johnny Depp.

Ethan Hawke is a fantastic actor and has dominated the drama genre. Hawke is best known for his ‘Before Sunrise’ trilogy with Julie Delpy and also starring in ‘Dead Poet’s Society’ with the late Robin Williams. Hawke has also done an incredible job in the horror department starring in ‘The Purge’ and ‘Sinister’. Hawke has had his fair share of Oscar nominees as well including best actor in a supporting role and also the best-adapted screenplay.

Ethan Hawke has a science fiction film that has not given enough attention. The 1997 film ‘Gattaca’ is placed in the future where a person’s place in life is all based on their DNA. Directed and written by Andrew Niccol, Hawke plays Vincent, a man whose genetic DNA has declared him inferior and not able to reach his dream of space travel. Starring alongside Uma Thurman, Hawke’s film is thrilling and exciting!

Steve Carell is more commonly known as Michael Scott from ‘The Office’, but his feature roles keep up the pace. His most popular comedic roles include ‘Little Miss Sunshine’, ‘40 Year Old Virgin’, and ‘Anchorman’. Carell has also done an incredible job in dramatic roles as well including ‘The Big Short’ and ‘Beautiful Boy’. Steve Carell is beloved by fans all around the world, but since he is most known for his sitcom and silly comedy roles, they seem to overshadow a few of his films.

Steve Carell’s ‘Dan in Real Life’ is one of his best films to date. This underrated romantic comedy is filled with laughs, heart, and family moments. This 2007 film directed by Peter Hedges follows the story of a single dad of three girls as he and his family travel for his annual family reunion. Carell works as an advice columnist and comes across as an expert on relationships, but seems to struggle in all his surrounding relationships. His life gets more complicated when the recent woman he falls for ends up being his brother’s new girlfriend.

Drew Barrymore comes from a long line of famous actors, but she has made a name for herself very early in her career. One of her first roles was Steven Speilberg’s ‘E.T.’ which launched her success as a child star. Her other notable roles are of course the famous introduction in ‘Scream’, ‘Donnie Darko’, and also ‘50 First Dates’ with Adam Sandler. Drew Barrymore has more recently been involved in her daily talk show ‘The Drew Barrymore Show’ where she speaks with celebrities, plays games, and lifestyle segments.

One of Drew Barrymore’s more underrated films is ‘Never Been Kissed’. This is my top pick out of Barrymore’s work; a romantic comedy directed by Raja Gosnell in 1999. Barrymore is Josie, a junior editor at a newspaper and as her first big assignment, she goes undercover as a new student at the local high school. Though her past high school experiences weren’t all too memorable, she now enters the popular kid’s circle. Everything seems to be going to plan, until she falls for the dreamy English teacher.

Julia Roberts – ‘Sleeping with the Enemy’

Julia Roberts is one of Hollywood’s most famous actresses. Most notably for her role in ‘Pretty Woman’ along with Richard Gere, she is also known for her performance in ‘Erin Brokovich’ which earned her an Oscar for Best Actress. Robert’s success in the film industry has landed her many roles including ‘Notting Hill’, ‘Ocean’s Eleven’, and ‘Wonder’. She has become a household name for many and continues making classic after classic.

One of Julia Roberts’ film that does not get the same recognition as others is ‘Sleeping with the Enemy’. This dramatic thriller was released around the same time as ‘Pretty Woman’ and saw Roberts in a completely different kind of role. Her character, Laura, fakes her own death to escape her abusive husband to start her life over again somewhere new. Though she realizes that her ex is much more difficult to hide from than she could ever imagine.

Sandra Bullock is another example of Hollywood’s most beloved actresses. Whether it be drama or comedy, Bullock can do it all. Starting off with her more dramatic roles ‘Gravity’ earned her an Oscar nomination and ‘The Blind Side’ awarded her the Oscar for Best Actress. She has also dominated in the romantic comedy genre with her performances in ‘The Proposal’ with Ryan Reynolds and also ‘Miss Congeniantly’. Her wide variety of roles has proved that she is up for the challenge for any film.

One of Sandra Bullock’s films that certainly does not get the attention it deserves is ‘Practical Magic’. Directed by Griffin Dunne, this 1998 Halloween film stars Nicole Kidman, Diane Wiest, and Stockard Channing. Not only is it a stellar cast, but a fantastic film that is filled with witches, curses, and love. The Owen sisters have strayed away from the magical powers but soon fall back to them when one of their horrible boyfriends dies unexpectantly. They then get twisted in dark magic and a police investigation searching for the man.