Recap: Season 3 Of ‘Ozark’ is Here, So Here is Everything you Missed Out On! 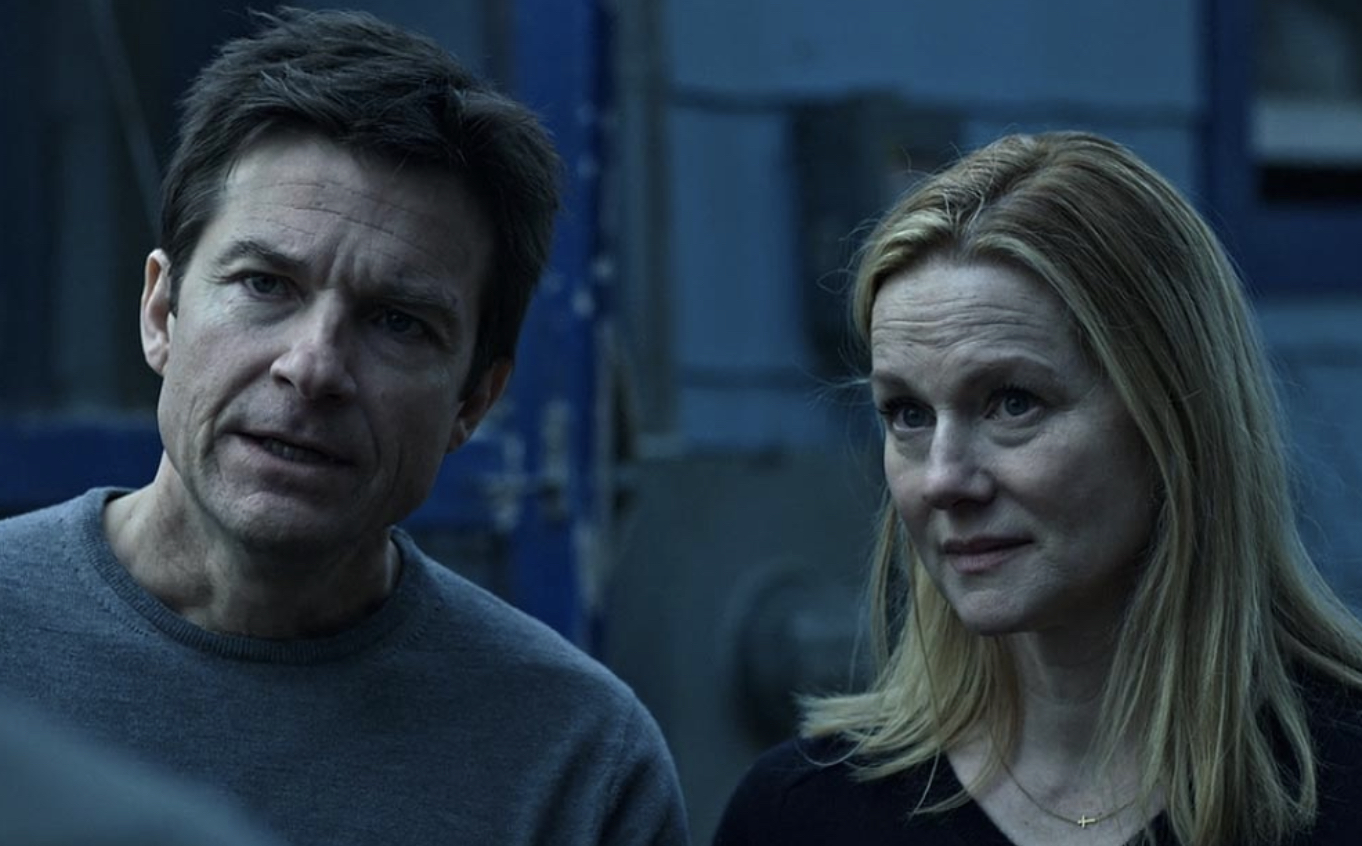 As concise as I can possibly be: here is a recap of seasons 1-2, who is alive and who has met their demise.

Netflix’s hit series Ozark is similar to Breaking Bad and many comparisons have been made since the series release.  It is a David Fincher-esque series following one man’s money laundering scheme with a giant Mexican drug cartel and the damage it directly inflicts on his family and indirectly on everyone he interacts with.  After two years, the show has finally returned for a third season.  The show is centered around Chicago accountant Marty Bryde (Jason Bateman), who in the first episode, relocated his wife Wendy (Laura Linney) and their children Jonah (Skylar Gaertner) and Charlotte (Sofia Hublitz)  to the middle of the Ozarks in Missouri to continue their money laundering scheme there.

Related article: Exclusive: The Launch of NEWEST TALK SHOW – ‘The Anytime Show’ with host Mister H. I. | Much needed humor and perspective

Though Marty tries his best, he seems to dig him and his family a deeper and deeper hole each and every episode.  Not only worrying about making enough money for the cartel and being on their best behavior for them, but they have to worry about the likes of the FBI, Kansas City Mafia and the Snells, who run a local drug enterprise.  This, of course, becomes even more complicated when you factor in the fact that Jonah and Charlotte know about their parents’ business. They, being young kids, do not make the smartest choices, which land their family in some tough situations.  However, their antics do make the show much more interesting.

Through a tooth and nail struggle, the casino was finally built.

The struggle all throughout season 2 was for a steady, yet wealthy business that would not raise any red flags.  Before season three, the only businesses that Marty owned were: a strip club, a motel, and a funeral home. The cartel is asking for the Byrdes to launder hundreds of millions in the matter of months, thus these businesses will not cut it.  Marty had the brilliant realization in season 2 that the IRS does not look closely at casinos. Millions of dollars could go through the business undetected. This did not come without a struggle, though. The Byrdes had to fight the Snells tooth and nail for just a fraction of their land to build the casino, which caused much bloodshed.  Not only that, but the ruthless political campaign that Wendy had to go through to get the casino built. This is where we saw the real test of the Bryde’s character’s as they had to blackmail, threaten, and bribe anyone who stood in their way to raise the Missouri casino cap.

Though, their intentions for the casino have changed throughout the season.  Marty originally wanted to get the casino up and running and escape once he had the chance.  Marty constantly looks at escape flights to Australia, and even attempts to get his family fake passports and flights out of the country at one point in time.  There is no doubt that he does not want to stay in the Omari’s, or be involved with the Nevarro cartel any longer than is necessary. However, we see that at the season 2 finale that Wendy talks him out of running when she has a realization that the family will not be safe no matter where they are.  Thus, she makes an overriding stand that they should stick together in the Ozarks and fight whatever comes their way, rather than looking over their shoulders for the rest of their lives.

Marty and Wendy’s Relationship is Becoming Increasingly unstable, especially with the building of the casino

This is not the only aspect throughout the show in which Marty and Wendy adamantly disagree.  The series kicked off with a dysfunctional family and marriage, as we discovered that Wendy was having an affair and tried to run away with her lover.  After this, you can understand the lack of trust. Because of this, neither party seems to be able to communicate with the other, resulting in arbitrary decisions being made.  Their divide has been steadily growing and growing, as Marty seems to want a return to normalcy, but Wendy becomes more acclimated to the criminal life. Using the knowledge and tactics from her previous political career, she begins to eclipse Marty, and reinvigorate the sense of purpose she once had back in Chicago.

Who is Still Alive in Season Three?

Do not ask me how, but the entire Byrde family is still alive against all odds. Honestly the fact that they have been through so many insane situations and no one has been hurt thus far is kind of miraculous.  Also, the fan-favorite and Emmy-Winner Ruth Langmore (Julia Garner) has made it to the third season. From the looks of the trailer, she has been promoted from being the manager of the strip club to the casino and will have a much more central role.  Wyatt, from the last we saw, ran away in a van after being told that Ruth had murdered his father. We still do not know where he went, but he is one of my favorite characters and I am very intrigued to see where Bateman takes him. There is also Darlene Snell, who now runs the Snell crime family alone after poisoning her husband.  Helen Pierce, I assume, will still act as Bryde’s handler since the death of Dell in Season 2. I am also interested in seeing more of Rachel Garrison, who was the previous owner of the Big Cat Lodge. Marty last sent her away to Florida for rehab, but of course, I would like an update as she was a potential love interest for Marty and also just a tragic victim in also of this madness.

Who Did We Lose Along the Way?

Buddy, the housemate and best friend to Jonah, had passed away due to his heart problems toward the end of season 2.  Though, we were expecting his death since we had first met him, since he said he only had a year or so to live. At least he had the pleasure of a peaceful death.

The pastor Mason Young, after learning that the Snells were using his church on the river to smuggle heroin, he confronted them.  After refusing to preach on the water no more, the crime family retaliated. This resulted in the death of his pregnant wife, Grace.  Though, his baby is fine. The baby Zeke eventually becomes a ward of the state, though. Which drives Mason to kidnap Wendy to force Marty to get his son back.  Complicated and crazy, I know. Things escalate through this hostage situation and Marty ends up having to shoot Mason. Temporarily the Bryde’s take Zeke under their care until the family makes a trade for him in exchange for safety.

We all agree that Agent Petty was a horrible person.  He used and abused Russ Langmore, tricking him into a relationship to get to Ruth Langmore.  He came to an untimely demise in season 2 by the hand of Cade Langmore. Cade, a desperate attempt to exonerate himself from his own crimes, goes to Petty and offers information on his daughter and Marty.  Though, this is nothing that the FBI does not already know. Petty shrugs him off. In anger, Cade murders him.

Then, we have the death of Cade Langmore himself.  This was a climactic part of season 2. He definitely was one of the more unlikeable characters-an abusive father and repeat criminal who just wanted his family to follow in his footsteps.  Knowing that Cade’s only motivation in life was money, Wendy met Cade in a diner and made him an offer he couldn’t refuse: $500,000 to leave town forever and never speak to his family again.  Of course he agreed. A change of plan came last minute, though, when Wendy decided to ask Helen to get the cartel to kill him. He was murdered on his way out of town.

Lastly, we have the death of the patriarch of the Snell crime family: Jacob Snell.  We all knew that Darlene was becoming vicious and unpredictable, though few could have expected her to kill her husband.  After the two had a squabble over differing opinions on what to do with their land, tensions seem to have risen. Many people have warned him about Darlene’s erratic behavior, but he seemed to dismiss it as just a temper Issue. Darlene poisoned Jacob’s coffee with cyanide on a morning walk, strangely enough, they had a touching farewell. Ozark is here to keep us glued to Netflix.