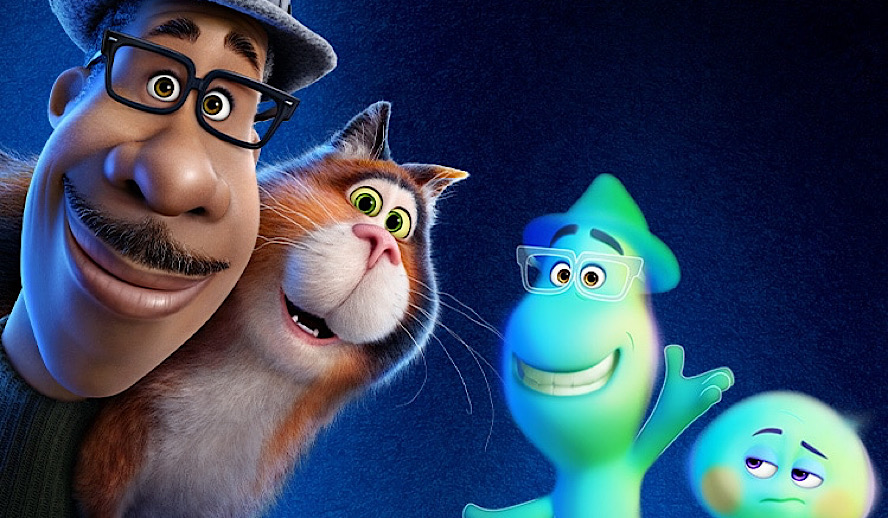 Since the release of ‘Toy Story’ in 1995, the expectations of what an animated film can accomplish has evolved rapidly. A genre that had been predominantly associated with shallow children’s entertainment with little to offer mature audiences, Disney and Pixar’s joint creation of ‘Toy Story’ signaled a turning tide for the production of animated films at large. Assembling an A-list, Academy Award quality cast that included the likes of Tom Hanks, Tim Allen, and Don Rickles, Disney and Pixar cut no corner carefully cultivating a high caliber film, and the universal acclaim from critics, along with enormous box office success, certified that their efforts paid off.

What came to follow the momentous release of ‘Toy Story’ has been decades of historic animated movies made between the Disney and Pixar studios, compiling dozens of fantastical stories and awards. The culmination of the union of the partner studios was settled with Disney’s acquisition of Pixar in 2006 and the merged production company has churned out nothing but quality films since.

Disney Pixar’s latest contribution to their masterful tapestry of animated films is ‘Soul,’ the Mouse House’s most recent Disney+ debut. Initially set to be released in June, the coronavirus pandemic briefly cast a veil of doubt as to the fate of the film’s rollout; however, the streaming age has once again proved its value in a time of theater shutdowns as Disney+ came to the rescue and housed the original feature. Helmed by Pete Docter, the creative mind behind several of Disney Pixar’s films including ‘Up’ and ‘Inside Out,’ and uplifted by the voice talent of superstar Jamie Foxx and comedian mastermind Tina Fey, all signs pointed to ‘Soul’ continuing the historic legacy of Disney’s Pixar Animation Studios.

A Story Full of ‘Soul’

The dynamic Disney Pixar duo has taken on plenty of ambitious stories before, diving deep in the oceans of ‘Finding Nemo’ and exploring the future in space epic, ‘WALL-E;’ however, the creative minds of Pixar have never created a film as bold and profound as they have in ‘Soul.’ Of the many terrains tracked by Pixar, ‘Soul’ distinguishes itself by journeying into the realms outside of life and death, exploring the distinction between a human’s body and soul. Foxx plays  Joe, a talented music teacher who falls down a manhole and ends up in the abstract world of souls in an attempt to flee his death before fulfilling his purpose. Here he comes across Fey’s character, “22” (logistically named for being the 22nd soul ever created), a purposeless soul who has not found a reason to journey to Earth in the first place, effectively conveyed in her curt explanation of existence in the soul world, “You can’t crush a soul here. That’s what life on Earth is for.” From their meeting, Joe and 22 embark on a spiritually invigorating adventure, discovering reasons to fight for life.

Taking Pixar’s renowned thematic finesse to the next level, ‘Soul’ investigates the essential and age-old question of life’s meaning. As Fey’s 22 offers the perspective of someone who does not want to experience life as she cannot find her purpose or “spark”, riveting existential discussions arise when 22’s thoughtful mind poses questions like, “Is all this living really worth dying for?” Foxx’s Joe serves as a brilliant foil, holding a powerful zest for life due to his passion for playing jazz music, explaining, “This isn’t about my career, it’s my reason for living.”

Essentially, ‘Soul’ analyzes the human condition and its tendency to take living life on Earth for granted in extremely thought-provoking and emotionally resonant storytelling devices. One of these devices is exhibited in one of the film’s antagonists, “lost souls”, which are explained to be souls that have mutated into horrifying monsters as they abandon their purpose. Beautifully illustrating the terror one feels when giving up on what makes life worth living, the monsterfication of lost souls is one of ‘Soul’s’ most dazzling Pixarian metaphors that make the film worth watching for audiences of all ages.

An additionally compelling aspect of ‘Soul’ is its depiction of Black life and joy. It is worth noting that ‘Soul’ has added to the criticism of Disney’s pattern of portraying Black characters in humanless forms, as was the case in films like ‘The Princess and the Frog,’ in which the Black protagonist is in the form of a frog for the majority of the story. Critics fairly challenge Disney to create authentic depictions and celebrations of Black life without dehumanizing Black bodies. While ‘Soul’ does fall into this trope, as Joe is in a blue, abstract soul form for about as much of the film’s run as he is in his Black human body, it does succeed in depicting Black life in scenes that do include Joe’s human form. From the talent and commemoration to the Black achievement of jazz music to scenes in Joe’s barbershop where the Black community is highlighted, ‘Soul’ puts on screen a genuine and uplifting Black experience that films have long evaded. The areas in which Pixar is prosperous in their depiction of Black life are undoubtedly a result of the studio actually hiring a Black man, Kemp Powers, to tell his story, once again asserting the importance and influence of assembling teams of diverse and intersectional filmmakers.

In addition to the invigorating content of the story of ‘Soul,’ Pixar’s animators exceeded in making one of the most visually stimulating films of the year. With a story as abstract as this, the audience is utterly reliant on the visuals of the movie to convey the existential journey the characters traverse. ‘Soul’ is brilliant in its execution of both real-world and transcendental images, turning the hypothetical landscape of what is before and after life into a fantastical, dreamy world full of artistic innovation and boisterous whimsy. These inventive illustrative strategies are key to building a bridge between the real-world of Joe and the abstract one of 22. For example, when Joe plays jazz on his piano he gets in “The Zone,” and suddenly the entire world around him fades to a serene shade of blue as he is transported to the soul world. Adversely, when characters of the abstract world enter the modern New York City setting, the striking contradiction highlights the realistically detailed, but romantically animated depiction of a bustling NYC.

Both the imaginative and lifelike worlds blend in an apparently effortless and harmonious fusion due to the visionary skill of Pixar’s animation team. The contemplative story and intricate visuals are successful in achieving the ambitious goal that ‘Soul’ is, a story about the literal meaning of life. Emotionally moving and artistically stunning, ‘Soul’ finds audiences deep within the grasp of a cruel and disillusioning pandemic and leaves them with newfound hope and gratitude for living each day. As Joe saliently responds when asked what he will do with his life, “I’m not sure. But, I do know I’m gonna live every minute of it.”