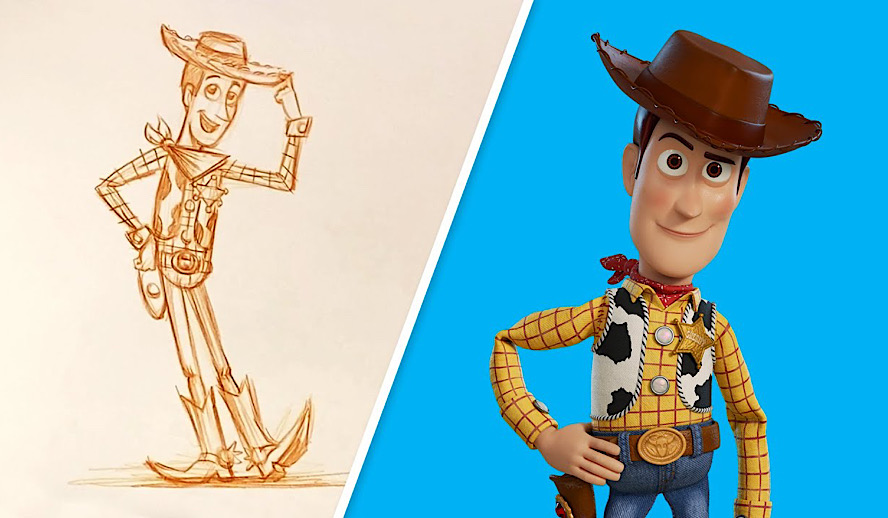 With the coronavirus pandemic continuing to spread around the world, quarantine and self-isolation are still essential. While adults are concerned about non-essential job closures leading to a lack of income, it is important not to overlook the effect on children.

As school closures remove young ones from their typical routines, and self-isolation prevents them from seeing their friends, children are being greatly impacted by the pandemic. Though a majority of fatalities from the pandemic are older people, young people are not immune to the pandemic’s deadly effects. Forced to remain at home, children and young adults require a source of entertainment and engagement to keep them happy during this stressful time.

As always, Pixar has come forth with a helping hand to entertain the children of the world. The computer animation studio, a part of Walt Disney Studios, has a long pedigree of producing children’s entertainment. Dating back to 1995’s Toy Story, Pixar has brought to the big screen glorious computer animated films as Monsters, Inc., Finding Nemo, The Incredibles, WALL-E, Inside Out, and Coco. Many of Pixar’s films are amongst the highest-grossing films of all time, and nearly all of them have touched the hearts of children around the world.

The closure of movie theaters around the world due to the coronavirus pandemic has affected nearly every film studio, and Pixar is no exception. Their latest film, Onward, was released in theaters on March 6th, 2020 after premiering at the 70th Berlin International Film Festival on February 21st. However, due to the movie theater closures, the film had only a brief theatrical release. Two weeks later, on March 20th, Onward was given a very early digital release on services such as Amazon Prime Video Cinema so that audiences in quarantine could view it. Then, on April 3rd, it was added to the Disney+ streaming service.

Disney and Pixar’s early digital release of Onward portrays their flexibility and fast reaction to the effects that coronavirus has had on the film industry. However, it also shows their commitment to providing children and families with entertainment during this period of quarantine.

Now, Pixar has taken to YouTube to continue producing entertainment tailor-made for children in quarantine. Pixar’s YouTube channel has begun a “Draw With Pixar” series, in which several different Pixar artists provide tutorials on how to draw various Pixar characters. These videos are all filmed within the artists’ houses as they practice social-distancing, and directly address the current pandemic situation.

The first video, “How to Draw Barley Lightfoot From Onward | Draw With Pixar”, uploaded on April 7th, features Pixar story supervisor Kelsey Mann and his dog Cosmo. Mann immediately introduces the series’ intended purpose, saying, “We know that you are stuck home too, so we thought we might have a little bit of fun and draw some of the Pixar characters.” Mann’s tutorial shows viewers how to draw Barley Lightfoot, an elf character from Onward voiced by actor Chris Pratt.

At the end of the video, viewers are invited to share their drawings on social media using the hashtag “#drawwithpixar”, adding to the communitive nature of Pixar’s series.

In the second episode, titled “How to Draw Duke Caboom from Toy Story 4 | Draw With Pixar”, Pixar animator Emilie Goulet teaches how to draw the character Duke Caboom from Toy Story 4, voiced by Keanu Reeves. Goulet expresses that she misses her family in Canada, which is relatable to viewers both young and old during this time. In the third episode, story artist Scott Morse gives a tutorial on drawing Lightning McQueen from Cars, voiced by Owen Wilson. Morse uses a Lightning McQueen toy to demonstrate how to draw the character, which is especially helpful.

The latest episode of Draw With Pixar, “How To Create an Onward-Inspired Flipbook”, was uploaded on April 24th and features animator Mike Stern. This episode is unique in that it helps viewers to create not just a static image, but instead a very simple animation. Stern explains, “A lot of us started animation with [the flipbook] technique… every once in a while, you find a shot or a character that seems suited to that very first technique that you started with.”

Pixar’s Draw With Pixar videos are an excellent way to keep children and young adults entertained and engaged while self-quarantining. Pixar films remain a prominent source of entertainment for viewers young and old, so this is a great way to remain connected despite theatre closures. Inviting children to share their drawings via social media is also a great way to promote long-distance social interaction during the pandemic.