Must Watch: ‘Dear White People’ Should Be Watched by All 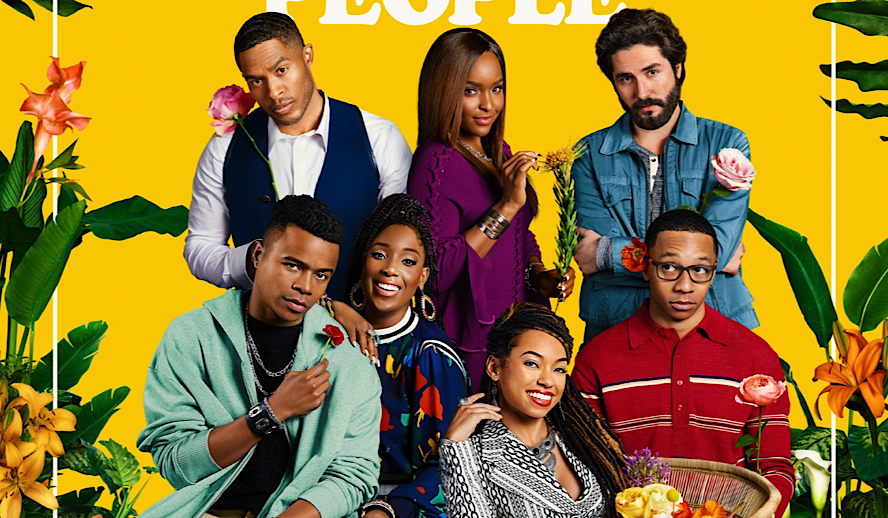 Due to the recent explosion of activism across various social media platforms, people are finally becoming aware of the growing problem of racism in our global society. One of the best ways for us to educate ourselves about the issues still prevalent in an ever-changing world, in addition to becoming aware of our privileges, is by consuming media that deals with difficult themes in manners that appeal to a wide range of audience demographics.

Dear White People is a show that dives headfirst into the issue of systemic racism that pervades society. Taking place at a “post-racial” Winchester University—a fictional Ivy league—the show uses a contemporary narrative as well as young and vibrant characters to bring to light the intersection of identities that young people grapple with.

A Blend of Comedy, Education, and Drama

Dear White People seamlessly blends aspects of various genres to properly display real-world issues in a satirical and yet serious fashion. Dealing with hot-topic issues in an educational manner while also providing a fun, yet dramatic atmosphere is a hard thing for a show to do and yet Dear White People does so skillfully.

As the characters face their intersecting identities, they also face the college experience that encapsulates education, drama, and fun. Thus, the college setting provides the perfect backdrop for the storyline. Set up in a way that almost feels like a documentary, Dear White People reinforces the idea that, although the show is a work of fiction, the issues that it depicts are very real.

Each episode alternates between following a different main character’s point of view, expertly allowing the audience to take a closer look into these individuals’ lives and how they are affected by the big events that occur around them. Every single character is multifaceted and complex, often dealing with the complicated intersectionality of their various identities. Furthermore, none are treated as if they are absolved of all wrongdoing simply because they are a member of an oppressed group.

Standout characters in my opinion were Samantha White—played by Logan Browning—and Reggie Green—played by Marque Richardson, each going through their own struggles that intertwine with others as well as diverge. Audience members are able  to truly get to know the college students and their inner turmoil , becoming enmeshed in their stories as they attempt to  overcome the obstacles they face as well as the  prejudices they may have internalized.

Although not as much in the forefront of the narrative, the show would not be the same without the other main characters: Troy Fairbanks—played by Brandon P. Bell—, Lionel Higgins—played by DeRon Horton—, and Coco Conners—played by Antoinette Robertson.

One of the most exciting things about Netflix shows is the casting of new, talented young actors. So often, TV shows and movies are filled with A-list stars that, while amazing performers, can sometimes result in a  big name overpowering his or her  actual character. Dear White People is filled with various  young actors, many of whom experienced their big break with the release of this show. This relative anonymity allows them to truly embody  the character and embrace all of their positive and negative aspects so as to fully engross anyone who watches the show.

A standout new actress in Dear White People is Antoinette Robertson, who plays Coco Conners, one of the main characters. In a role that could have simply been labeled as the “mean girl,” Robertson doesn’t shy away from the gritty aspects of her character. However, as the show progresses we see more sides to Coco than previously thought possible, all brought together by Robertson’s exceptional portrayal of such a complex character.

Although she plays a side character more than a main one, Ashley Blaine Featherson also deserves recognition for her outstanding performance in the role of Joelle Brookes. She brings a grounded aspect to many scenes as the  stoic best friend to main character Samantha White, yet she is also skilled at knowing when a situation has become too serious and is in need of some lighthearted fun. The energy and life that Featherson brings to this character makes anyone want to be her best friend.

At the end of each episode, the character whose point of view was followed stares straight into the camera. In these small instances of breaking the fourth wall, audience members are forced to reconcile their reactions and feelings towards what they have just seen. They are forced to realize that although these particular characters are fictional, there are real people out there, going through these struggles who are, just like the characters in the show,  asking for others to recognize the injustices they face.

The viewer is never treated as a casual observer. From the get-go, the narrator—voiced by Giancarlo Esposito—acts as if he is simply confiding in the viewer as together we watch events unfold at this fictional university. This was an interesting cinematic decision that ultimately has a great payoff and contributes immensely to the overall feeling that this show provides.

Related article: Lonnie Chavis: 12-Year-Old Star From ‘This Is Us’ on Being Black & Racism

By showing the different ways in which five distinct black characters deal with the similar and yet different events in their lives, this show tackles a wide array of issues. It exists in the grey area between right and wrong, good and evil, black and white. Our world is not a world in which everything can be divided into a binary, and Dear White People makes this apparent.

Regardless of your race, gender, or sexual orientation, I urge you to watch Dear White People. You will go through a wide range of emotions as you watch events unfold, while also learning more about the systemic racism, homophobia, and sexism that pervades our society as well as  the intricate intersection of these issues. Three seasons have already been released and are available to watch on Netflix, and a fourth season has been renewed and is currently in the works.