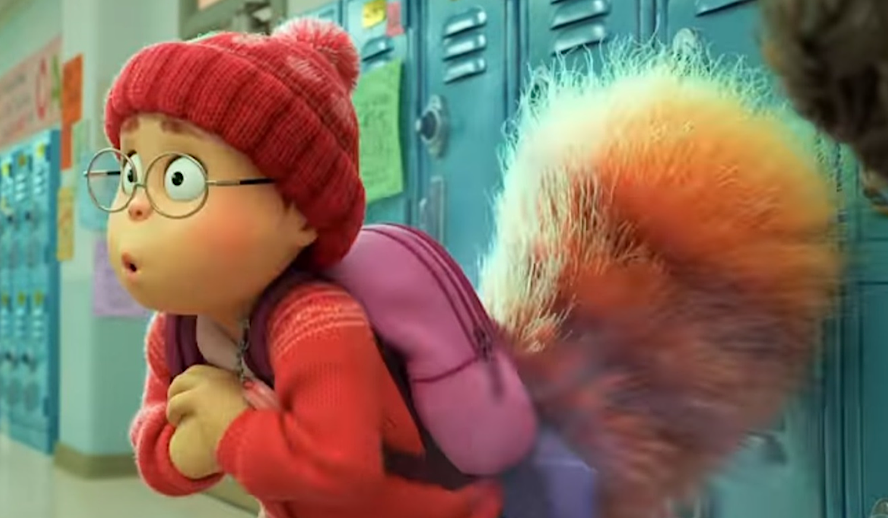 There was a lot of buzz surrounding ‘Turning Red’ during the months leading up to its release. That on its own is par for the course for Pixar (or any major hyped blockbuster for that matter), but what made the discourse for this film different was how mixed people’s reactions toward it were, especially on social media sites like Twitter. On one hand, you had the people who were fairly excited to see this film. On the other hand, quite a few people were turned off by aspects like the character designs, or the “quirky teen” perspective that seemed apparent from the trailers. While naturally, people could only speculate towards what the movie was really like, the general attitude was far more polarized than usual. As for my personal feelings at this time, I was always somewhat indifferent. I wasn’t entirely sold based on the trailers and the premise, but at the same time, I was still curious to see just how the story would be tackled.

With the movie having just premiered on Disney+, the reviews are in, and they’re generally very positive. Now having seen the movie for myself, I can certainly see why. ‘Turning Red’ is about a thirteen-year-old girl who discovers the hard way a very unique power she’s inherited: she turns into a giant red panda when she’s overcome with emotion. While she waits for the night this unwanted ability can be removed, she begins to discover who she really is as an individual person.

Right off the bat during its opening minutes, ‘Turning Red’ puts the audience in the shoes of the protagonist Mei Lee (Rosalie Chiang), a young teen living in the year 2002. The direction itself shares Mei’s boundless energy, with lots of electronic-beat-heavy musical scoring and fast, exaggerated character movements. There’s a good chance some people might find Mei’s introduction more exhausting than endearing, but as someone who enjoys cartoons quite a bit and is used to loudness and breakneck pacing, I actually didn’t mind it, especially since the movie manages to pace itself well overall. A big part of what made this movie work for me was how personal it felt to the director, Domee Shi. Similar to her short film ‘Bao’ which played before ‘The Incredibles 2’, there’s a certain emphasis on Chinese culture that’s integrated into the story very naturally, and it’s clear that Shi was able to tell the story that she wanted to.

As far as the rest of the movie goes, it’s pretty fun. The story plays out in a way that’s engaging, the humor manages to land more often than it doesn’t, and the emotional beats one would come to expect from a Pixar movie are definitely satisfying. If the logline didn’t give it away, ‘Turning Red’ gets pretty wild, and some of the most entertaining parts of the movie are when it embraces its unusual premise. The scene where Mei turns into her panda self in public and begins running through Toronto in a panic is every bit as thrilling as it should be, the direction once again giving us an excellent sense of Mei’s perspective of the situation.

Being a coming-of-age story, ‘Turning Red’ also alludes to certain topics that one may not expect from a Pixar movie, including menstruation. Again, a bit unexpected, but I think that the willingness to tackle slightly more mature subject matter shows growth as a studio; Pixar has been fairly experimental these past couple of years as far as tones and story go, and after a decade focusing more on sequels than new and original ideas, I’m looking forward to seeing what kind of films they come out with later this decade.

Despite all the fun I had with ‘Turning Red’, I’d be lying if I said there weren’t a few moments that I questioned or felt took me out momentarily. I, unfortunately, can’t specify it without giving away a minor spoiler, but there is one contrived plot point that broke my suspension of disbelief a bit, as it was clearly something the plot demanded. And while I was able to get behind the energetic nature of Mei and her group of friends, there is another scene early on in which Mei’s mother (Sandra Oh) freaks out over a series of romantic drawings her daughter drew of an older teenager.

Assuming he was preying on Mei, she drives over to the boy’s workplace to chew him out in person, leading to everyone in the shop, including the film’s bully character, to laugh at Mei. This particular scene is presented in such an over-the-top manner, I was genuinely surprised when it didn’t end with Mei waking up and realizing it was just a bad dream (if this isn’t telling of how many cartoons I watch, I don’t know what is). I understand this was all necessary to further characterize Mei’s mother, as well as to be humiliating enough to lead to Mei’s inciting transformation, but when compared with every other non-supernatural element of the movie, it feels almost cartoonishly out of place.

Should You Watch ‘Turning Red’?

As someone who enjoyed ‘Turning Red’, the question of “do I recommend this movie” should be a no-brainer, right? Well, my thoughts are a bit more complicated than a simple “yes” or “no”. On one hand, I do recommend giving it a watch and forming your own opinion, but at the same time, I recommend doing so while keeping in mind the sort of movie it is. As previously stated, the main character and her friends are all quirky and hyperactive, and the way the movie opens by establishing them as such might be grating on some, but if that’s not something that bothers you then I’d say you’re good to go.

This is a movie that I think is a very good family movie; some of the aforementioned topics may prompt parents to incite discussions with younger kids, but again, that’s something that I admire. ‘Turning Red’ isn’t one of my favorite Pixar movies ever, but it’s one that I’m happy exists. If Pixar keeps taking small risks and making movies that touch on important themes in unique ways, I think it could see a renaissance of sorts.

‘Turning Red’ is available to stream for all Disney+ users.