‘Peter Pan and Wendy’: Everything We Know About Disney’s Upcoming Live-Action Peter Pan 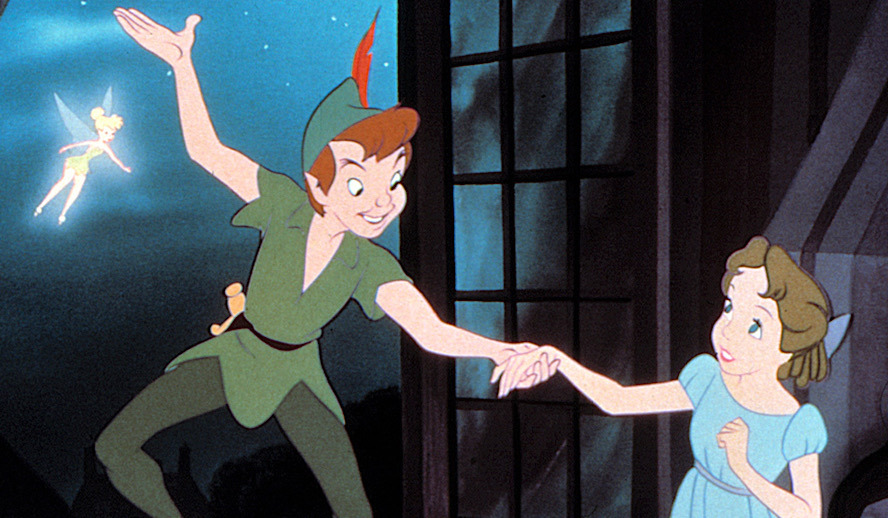 A few years ago, Disney began a cycle of turning their beloved animated films into live-action adaptations. So far, Disney has made huge strides with their live-action adaptations of Alice in Wonderland, Maleficent, Cinderella, The Jungle Book, Pete’s Dragon, Beauty and the Beast, Christopher Robin, Dumbo, Aladdin, The Lion King, Lady and the Tramp, and Mulan. Some of these films have done better than others in regard to audience reviews, but they all point toward Disney’s future of transitioning classic animated tales to live-action big-budget films for the whole family.

The extensive list of already released live-action Disney remakes does not even include all of the live-actions that are currently in pre-production. These include Cruella, The Little Mermaid, Snow White and the Seven Dwarfs, Lilo & Stitch, The Hunchback of Notre Dame, Pinocchio, Bambi, Robin Hood, Hercules, and of course, the topic of this article, Peter Pan and Wendy.

Peter Pan is a classic tale that almost every child has grown up with. It even has a ride at Disneyland that almost never has a line less than 2 hours long. Thus, there are a lot of people, including myself, who are excited about the new film adaptation currently in the works by Disney.

Here is everything we know about the upcoming film Peter Pan and Wendy.

This is Not the First Live-Action ‘Peter Pan’

Disney’s original animated film Peter Pan was released in 1953 and it was originally based on a play from 1904 as well as a novel by J.M. Barrie written in 1911. Since then, there has been an abundance of live-action works based on this source material, as well as the original animation.

First, Steven Spielberg made an adaptation in 1991 titled Hook that starred Robin Williams as Peter Pan and Julia Roberts as Tinkerbell. Then, of course, there is the highly popular 2003 live-action adaptation, Peter Pan that kids still love. In 2004 there was a film titled Finding Neverland that details the story of J.M. Barrie, the man who wrote the original story. There is also a by the same name. There is also a 2015 film titled Pan.

There are many more adaptations, incorporations of characters into other shows—notably Once Upon a Time—as well as musicals based on the story of a boy who never wants to grow up. However, none of these live-action stories were made by Disney.

Peter Pan and Wendy – Behind the Scenes

David Lowery is set to direct the film and he also co-wrote the script with Toby Halbrooks. Jim Whitaker—producer of Pete’s Dragon and A Wrinkle in Time—is a producer for Peter Pan and Wendy.

Lowery and Halbrooks worked together before on Pete’s Dragon, which was also a live-action reimagining of an animated film. Back in 2016, IGM’s review of that film included praising the script. They explained that it “[took] cues from the original but [reimagined] the story for a very different audience living in a very different era.”

This gives hope that these two men will be able to provide a reimagined Peter Pan film that is appropriate for this day and age.

The star characters of the film, Peter Pan and Wendy will be played by Hollywood newcomers. Alexander Molony—credits include the Disney Junior series Claude and the Sky One series The Reluctant Landlord—is set to play Peter Pan and Ever Anderson—daughter of actress Mila Jovovich with the upcoming role to play a young Scarlett Johansson in Marvel’s Black Widow—will play Wendy.

After rumors of Jude Law being cast as Captain Hook, this decision was officially revealed by Variety in July 2020.

The biggest reveal, however, was that Yara Shahidi—known for her roles of Black-ish and Grown-ish—will be playing the iconic role of Tinkerbell. Disney has been working to diversify its casting in these live-action remakes and fans are very excited to see Shahidi in this role. Voicing her excitement on Instagram, Shahidi posted a beautiful piece of fan art depicting her as Tinkerbell.

Tiger Lily’s Role Will Be Expanded

Back in January of 2020, The DisInsider learned that Disney was looking for a Native American or First Nations actress between the ages of 18-25 to play Tiger Lily in Peter Pan and Wendy. This provides a much-needed correction to the heavy racial stereotyping that appears in the original animated Peter Pan film. In addition, she will have a much larger role in this new film, portraying a much stronger character in contrast to the ‘damsel in distress’ type of role originally depicted.

The DisInsider also obtained a character breakdown of Tiger Lily which is as follows: “Tiger Lily is indigenous to Neverland with a bow at her back, she is both a fierce warrior and a serene and benevolent leader who protects Neverland and the lost boys and girls from the dastardly Captain Hook. This character will speak in both English and a native language.”

Production is Set to Start March 2021

Due to health concerns related to the coronavirus, Disney has had to push back production on the live-action Peter Pan. However, currently, they are set to begin filming in March 2021 and wrap up in June 2021.

Furthermore, according to the DGC-BC production list, Peter Pan and Wendy will be filmed in Vancouver, Canada under the working title Bonfire.

With Disney’s new subscription service, Disney+, some of their live-action films were released directly to streaming—notably Lady and the Tramp and Mulan. However, Disney’s current plan for Peter Pan and Wendy is for the film to have a theatrical release.

Although we are in the age of streaming and a pandemic that has shut-down movie theaters across the globe, it is no surprise that Disney hopes to unveil this film on the big screen due to the lack of buzz and monetary gain that surrounded the adaptations that were released exclusively on Disney+. While originally slated for a 2021 release, since production won’t even begin until that time there are no concrete ideas about when this film will premiere.

Because all of these dates are relatively far-off and the world is still in a cycle of change due to the coronavirus pandemic, there are no guarantees about a theatrical release and this film may end up premiering exclusively on Disney+.