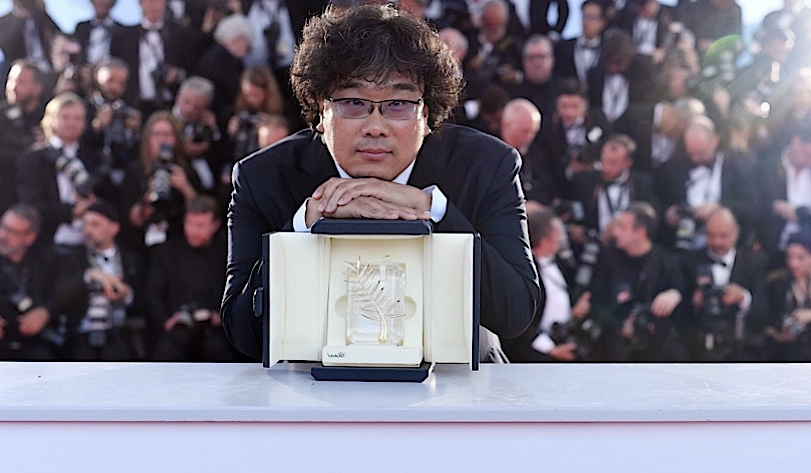 “Parasite” director and Academy Award-winner Bong Joon Ho has made history once again as he was appointed head of the international jury for the Venice Film Festival 2021.

“The first good news item regarding the 78th Venice Film Festival is that Bong Joon Ho has enthusiastically agreed to preside over the jury,” said festival director Alberto Barbera in a statement.

The decision marks the first time a Korean filmmaker has taken on the role of president of the Venice jury. In the role, Bong will oversee the seven-person jury and will help select this year’s awards winners, in the categories that include the Golden Lion for best film, the Silver Lion Prize, Grand Jury Prize, the Volpi Cup for best actor, the Volpi Cup for best actress, the Special Jury Prize, the Golden Osella, awarded for the best technical contribution and for the best screenplay, as well as the Marcello Mastroianni Award for best new and emerging actor or actress.

Bong graciously expressed his delight in having been awarded the prestigious position. “The Venice International Film Festival carries with it a long and varied history, and I’m honored to be woven into its beautiful cinematic tradition,” he said. “As president of the jury — and more importantly as a perpetual cinephile — I’m ready to admire and applaud all the great films selected by the festival. I’m filled with genuine hope and excitement.”

Barbera shared his own similar sentiments in his statement, acknowledging the prowess of the Oscar-winner. “Today, this great Korean director is one of the most authentic and original voices in worldwide cinema. We are immensely grateful to him for having agreed to put his passion as a cinephile attentive, inquisitive, and unprejudiced, at the service of our festival. It is a pleasure and an honor to be able to share the joy of this moment with the countless admirers, throughout the world, of his extraordinary movies,” the VIFF director said.

The lauded filmmaker and director made history last year when his film “Parasite” became the first non-English language film to nab the Best Picture Oscar at the 92nd Academy Awards ceremony. But before that, he achieved success in South Korean cinema beginning with his directorial debut film, the black comedy “Barking Dogs Never Bite” (2000), which garnered him a cult following. His subsequent commercially and critically successful films included the 2003 crime thriller “Memories of Murder,” and later “The Host” in 2006, which became one of South Korea’s first films to reach $10 million in ticket sales, increasing the circulation of both his name and South Korea’s status as a prominent movie-making country.

The $12 million budget film, which centers around a fictional monster that rises up out of the country’s Han River and abducts the daughter of a South Korean family, wound up being South Korea’s widest release ever, selling 13 million tickets and achieving a new box office record. The remake rights of the film were additionally bought by Universal Studios after the film was sold internationally. Bong’s science-fiction film, “Snowpiercer” (2013), which starred Chris Evans, John Hurt, Tilda Swinton, Ed Harris, and Octavia Spencer, was an even more significant marker of Bong’s major international success, followed by 2017’s “Okja”. The two films, while mostly in English, gained him universal critical acclaim from both festivals and audiences in the lead up to his 2019 black comedy film.

“Parasite,” Bong’s satirical social thriller that examines the theme of wealth inequality, has of course been his most successful project to date, as it collected over 50 awards from global film festivals. It achieved the status of becoming the first Korean film to win the Palme d’Or, the coveted Cannes Film Festival top prize, and it was the first film to win a unanimous vote since “Blue Is the Warmest Colour” at Cannes in 2013. The film received unanimous critical acclaim, racking up awards including the Critics Choice Movie Award for Best Director (tied and shared with Sam Mendes) and the Screen Actors Guild Award for Outstanding Performance by a Cast in a Motion Picture, where it made history as the first foreign-language film to win in the category.

It won two of its four nominations at the BAFTAs (Best Original Screenplay and Best Film Not in the English Language), and Bong was nominated for Best Director and Best Screenplay at the 77th Golden Globe Awards, where the film won Best Foreign Language Film, becoming the first nomination and win at the Globes for any South Korean film, and wherein his acceptance speech Bong notably remarked, “Once you overcome the 1-inch-tall barrier of subtitles, you will be introduced to so many more amazing films.”

At the Oscars, “Parasite” became the first South Korean film to ever receive Academy Award nominations, sweeping the 2020 awards by winning Best Picture, Best Director, Best Original Screenplay, and Best International Feature Film out of its six nominations, and making history as the first non-English film to win the Best Picture category, as well as the first time Asian writers won Academy Awards for screenwriting. “Parasite” is accordingly Bong’s highest-grossing film thus far and is also the highest-grossing South Korean film in history.

Though he has not been associated with the Venice Film Festival thus far, Bong is no stranger to the international film festival circuit. In 2011, Bong served as a jury member for the 27th Sundance Film Festival and headed the jury for the Caméra d’Or section of the 2011 Cannes Film Festival and the 2013 Edinburgh International Film Festival. At Cannes, he has premiered several of his films, including “Memories of Murder,” “The Host,” “Mother,”  “Okja” and most recently “Parasite” in 2019.

The 78th Venice International Film Festival is set to take place this year from September 1-11 at Venice Lido in Italy, according to the festival’s organizing body, La Biennale di Venezia. As the world’s oldest film festival, Venice was surprisingly successful in holding an in-person event in 2020 amidst the COVID-19 lockdowns across Europe. The event, while exceedingly smaller than usual to ensure the safety of the attendees, was the only physical one to take place during the pandemic among the rest of the top-tier festivals, where Cate Blanchett headed the jury to award the top prizes.

Related article: A Tribute to Eddie Redmayne: The Rise and Journey of the Phenomenal Actor From Theater to Film

In other updates to the festival, it was also announced that Venice will be premiering a new festival sidebar, the Orizzonti Extra, a selection of works in line with the pre-existing Orizzonti competition selection but that will focus on “new trends in world cinema”, and will be geared towards up-and-coming directors. The category is set to replace the current Sconfini section, which initially launched in 2018 to highlight arthouse and genre films, and an audience jury will award a prize to the best film among the “selection of works with no limits of genre, duration, and destination, as long as they last more than 60 minutes… each film must be accompanied and followed by encounters with the auteurs and cultural figures.”

Overall, the festival’s decision to make the Bong Joon Ho jury president is an impactful one among his recent successes and legacy within the filmmaking world. Said Barbera, “The decision to entrust the Jury to a Korean filmmaker, for the first time in the festival’s history, is also confirmation that the Venetian event embraces the cinema of the entire world, and that directors from every country know they can consider Venice their second home.”