The Divine Future of These Strands, What The History of Black Hair Reveals About Its Destiny 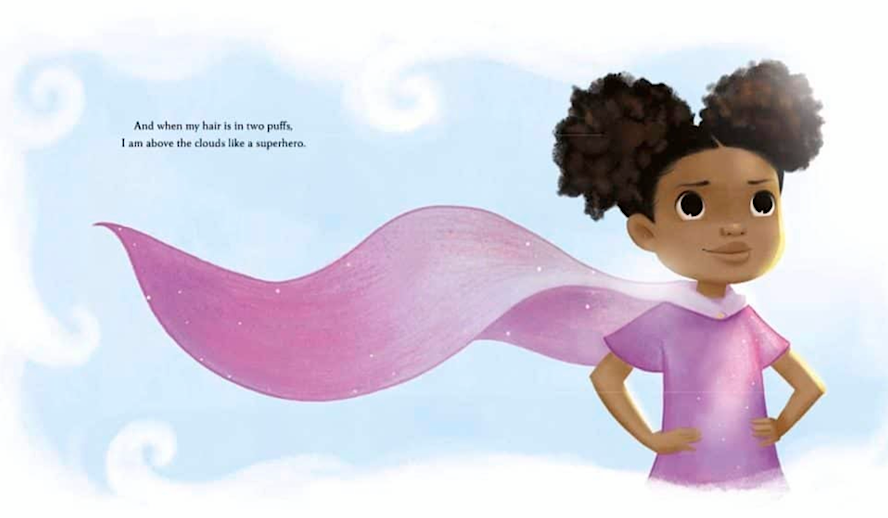 Black hair is divine. Twisted in our strands is an ancestral blessing to be beautiful. Locked in our locks are a heritage of tradition, cultural richness, and the secret arts of our crown. Our dreadlocks, Bantu knots, twists, and braids are ancient styles; their invention can not be traced. Our hair is sacred, treasurous, and for generations, has been under attack.

Sologne honestly said it best, and when a Knowles sister tells you to do something you do it! On the album ‘A Seat at the Table’, the RnB singer, and video director says “don’t touch my hair…don’t touch my pride” on the critically acclaimed song “Don’t Touch My Hair”. The song currently has over twenty-seven million views on Youtube and is an anthem for many Black women, but also a learning opportunity for many that are ignorant of the relationship Black people have with their hair.

The colonial dominion white people have had over Black people’s self-image has been the cause of centuries of self-hate. Since the triangular slave trade, the dispersion of Black people has led to a cultural and interpersonal alienation of the meaning of Blackness under white supremacy. Black people worldwide have faced existential beauty crises, as we historically maneuver ourselves through eurocentrism and the creation of societies built on racism.

Starting with America’s original sin, slavery erased generations of African grooming traditions. With centuries of hair grooming knowledge inaccessible, slaves are forced to turn to the likes of kerosene, butter, and bacon grease to condition and clean their hair. Lighter skinned, looser haired slaves are sold for higher prices at slave auctions‒those that passed the “paper bag test” (a test that measured skin color by being either lighter or darker than a paper bag) would become house slaves, while the darker slaves would work in the fields. This division created color consciousness amongst slaves and the internalized hatred of darker skin that would last for centuries to come.

Even at the abolishment of slavery, the idea of “good hair” becomes essential to Black American culture. Hair and hairstyling became a meter that could determine one’s proximity to whiteness and thus proximity to wealth and power. Having good hair would become a necessity for many social groups, schools, and churches. Black women would have no choice but to use the likes of the hot comb to straighten their hair to inch closer to the white beauty standard.

By the early 1900s, harsh chemical straighteners (most at this point were lye-based), became a norm in Black haircare. It wouldn’t be until 1920 where we finally see a popular movement emerge for Black empowerment and self-love. Black nationalist Marcus Garvey would lead the Back to Africa Movement, a seemingly radical movement encouraging Black people to return to their African roots, abandoning the West and thus white supremacy, to rebuild the collective Black identity. His movement was about self-empowerment and thus he encouraged Black people to embrace their natural beauty, and cherish the hair that comes out of their heads.

The latter half of the twentieth century would head more to Garvey’s ideology as the rise of the Black Power movement re-shaped the way Black people viewed themselves on a much grander scale. Leaders of the Black Panther party like Malcolm X, Eldridge Cleaver, and especially Angela Davis would all embrace their natural hair. This time period in America gave name to the famous Afro.

Through the late seventies and nineties, an explosion of Black hairstyles was born. Everything from the infamously juicy Jheri Curl in the late seventies to an obsession with symmetrical shape-ups in the eighties. The nineties would inspire box and micro braids; this is also where we see an obsession with laying baby hairs or “edges”. The 90s was also a heightened time for relaxers as Black people with tighter curls would chemically alter their curl pattern. Yet, it’s in the two thousand where we start to see an uprise in a movement for natural hair and yet another intentional rejection of eurocentric beauty standards.

It’s been beautiful to watch an uprise in the appreciation of natural Black hair and an understanding of its infinite capabilities. New emphases in media like “Black Panther”, “Black-ish,” “Dear White People”, “Queen Sugar,” “If Beale Street Could Talk” and “She’s Gotta Have It,” all either implicitly or explicitly explore the possibilities and/or historical significance of Black hair. While we’re moving in a desirable direction in our representation, it’s still apparent that Hollywood favors lighter-skinned loser-curled” Black people in the entertainment industry. In 2018, Zendaya highlighted her own privilege in the industry: “I’m Hollywood’s acceptable version of a black girl”, and she’s absolutely correct. Hollywood isn’t ready for Black people’s potential just like America isn’t.

A Future Where Ethnic Hair is Legally Protected

The CROWN Act or (Creating a Respectful and Open World for Natural hair) is a campaign whose goal is to end discrimination based on hair. Their website states that “Black women are 1.5x more likely to get sent home from their workplace because of their hair”. Many workplaces have discriminatory and racist hair policies that are exclusive to braids, twists, or other natural styles worn by Black people.

These predatory practices leave Black women uncomfortable in their own bodies as their hair becomes a subject of debate at work. Microaggressions like “oh my god is that your real hair”, and even nonconsensually touching a Black person’s hair can establish a toxic and racist workplace for Black people. The CROWN Act plans to alleviate some of this toxicity, unsafety, and discrimination not only in the workplace but in every institution a Black person might find themselves operating in.

“As of July 2020, the CROWN Act has been passed in six states: New York, New Jersey, Washington, Maryland, Virginia, and Colorado” according to congresswoman Robin Kelly’s website. Following, on September 29th, 2020, the U.S Congress passed the CROWN Act. Black people are closer than ever to a future where we can not be discriminated against based on the expression of our hair.

Anytime one imagines a future independent of Black plight due to white colonialism, they are implementing Afrofuturism. It’s the idea that we can build a future entirely on what we have as beings apart of the African diaspora. It reshapes the scope of our future; we don’t have to carry the burden of our ancestral strife, we can work to build a way out of our current paradigm that was never constructed with us in mind. Black people’s reclamation of what our hair can be is a perfect example of this principle; Afrofuturism is about the beauty we find when we innovate and unite using Blackness as our praxis. Stepping into a new dawn of Black empowerment, we’re embracing our potential and the modern definitions of Blackness.

In a speech at Howard University, Shirley Chisholm says: “while nothing is easy for the Black man in America, neither is anything impossible…we must see ourselves in an entirely new possibility”. The pinnacle of Black self-love can not be found in eurocentrism. But it also can not be found in the internal disdain for Black people that use texturizers or relaxers or straighten their hair. In Afrofuturism, there is no room for self-hate in any sense of the word. Loving Black hair is as much about natural hair as it is about relaxed and permed hair; those products and styles are apart of who we are too.

It’s time we reshape what we are, and ask ourselves if it is truly in our nature to hate ourselves, or if that’s the residue of colonialism lingering in our psyche? The most beautiful thing about our reality as Black people is not in the way we choose to look, it’s in our resilience and dedication to finding love for ourselves in a country that has never seen it in us, to begin with; for in our limitless self-love is our potential to grow and flourish enduringly.