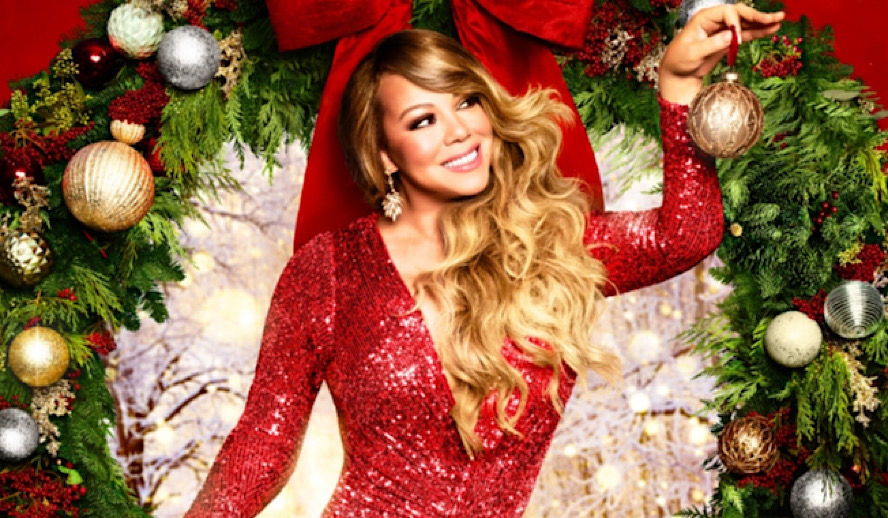 This holiday season can hardly be described as the “most wonderful time of the year.” After months of quarantining and anticipation of a vaccine, December has brought nothing but spikes in cases and sunsets at 4 pm. The wonder of the holiday season appears to be lost for many as memories of the joy of previous festivities only remind of this year’s disappointing reality. Without holiday parties with friends and family, the potential for holiday cheer looks low; however, hope persists despite insurmountable tragedy. The holiday special has been a hallmark of the season for decades, harking all the way back to the 1960s with the broadcast of iconic holiday events such as A Charlie Brown Christmas and Rudolph the Red-Nosed Reindeer.

The success of these specials is evident in their ability to evoke holiday cheer in the most cold-hearted Scrooges through magical storytelling, joyous songs, and heartfelt wishes of good tidings for all. These events have maintained relevance in the form of the Rockefeller Center Christmas Tree Lighting to Kacey Musgraves’s 2019, The Kacey Musgraves Christmas Show, in which the popularity of celebrating the season with entertainment’s biggest stars was cemented. This year would need more than just any Christmas special to save the holiday spirit, luckily Apple TV Plus had the season’s greatest weapon of all at its disposal: Mariah Carey.

Christmas has always belonged to Mariah Carey; however, it has been especially apparent that the pop songstress alone holds the mantle of the holiday season savior with the record-breaking success of Mariah’s classic Yuletide hit, “All I Want For Christmas Is You.” In December of 2019, Billboard certified that as Carey’s “All I Want For Christmas Is You” remained at the top of the domestic chart for its third consecutive week, Mariah became the first artist in history to have a number 1 single on the Billboard Hot 100 in four separate decades. The song’s unprecedented triumph was aided by a new music video Carey released last Christmas, which has amassed over 80 million views over the past 11 months.

Mariah has since joined in on the fun this year, sharing a video on her Twitter declaring “it’s time”, decked out in a holiday onesie, and sitting in a pile of fake snow, the minute Halloween ended and November 1st arrived. Shortly after, Carey and Apple announced that the Christmas Queen would get her very own holiday special, Mariah Carey’s Magical Christmas Special, and hope for the festive season was officially restored.

Although it’s evident Mariah Carey has enough holiday spirit to fill a Christmas special by herself, one of the most fun and exciting features of a holiday program is the appearances of guest stars. Mariah Carey’s Magical Christmas Special boasts many of the best names in both music and comedy, ensuring a wholly entertaining event. The most thrilling of these features is found in the performance of Carey’s hit, “Oh Santa!” in which she is joined by powerhouse vocalists Jennifer Hudson and Ariana Grande.

Taking place in Santa’s workshop and supported by elf back-up canders, the pop song is an upbeat dance classic that exudes positive holiday vibes magnificently. The three superstars sound phenomenal together especially when Carey and Grande harmonize in whistle tones, a feat hitherto unheard of and truly awe-inspiring. Other musical guests include rap legends Snoop Dogg and Jermaine Dupri lending their talents to Carey’s R&B rendition of “Here Comes Santa Claus”, as well as a mesmerizing performance from acclaimed ballet superstar Misty Copeland in an ode to the holiday favorite, The Nutcracker.

Atop stellar musical acts, Mariah Carey’s Magical Christmas Special features a handful of comedians and familiar faces to fill out the holiday spectacular. Breakout comic Tiffany Haddish serves the role of the jolly narrator, adding her lively and charismatic personality to the traditional storytelling character. The hilarious Billy Eichner plays an elf in charge of coordinating Mariah’s holiday concert performance, and his quippy jokes serve as the thread that ties all of the special’s numbers together seamlessly.

Perhaps the most legendary of all Carey’s guests is the Peanuts Gang, who make a cameo to establish the importance of music in cultivating cheer in dark times. Charlie Brown saliently laments, “I keep feeling that I’m missing something this year… What I’m missing is the music. Being together with your friends and signing holiday songs, now that’s what makes a good Christmas.” The group then joins in a cheery performance of “All I Want For Christmas Is You” cementing Carey’s carol as a Christmas classic.

The reality of 2020 is not swept under the rug in Mariah Carey’s Magical Christmas Special, in fact, it resides as the thematic core of the holiday event. Carey and her guests consistently acknowledge how this holiday has left those once full of cheer feeling less spirit than ever before; however, Carey uses this special as an example of how joy can be summoned even in the darkest of times and especially during the holiday season. Once you embark on Carey’s Christmas adventure from her enchantingly decorated New York City apartment to the majestic North Pole, it is impossible to be thinking about the anxieties of the outside world. The magical environments in which Carey performs are wonderfully effective in transporting the audience into Carey’s own gleeful and glittery universe. Whether she’s flying over New York in a sleigh or performing “O Holy Night” in the middle of a dreamy winter wonderland, Carey’s Christmas special is impressively immersive.

Additionally, the talent of Mariah should not be overlooked. Carey’s voice has practically become synonymous with talent so it can be easy to forget just how outstanding she is as a vocalist. In ballads like “Silent Night” or in her completely whistle tone remix of “Dance of the Sugar Plum Fairy,” Carey’s range has aged like a perfectly matured eggnog. Carey is not oblivious to the fact that many are not able to always see the bright side, and Carey acknowledges the reality in the most heartwarming moment of the holiday event.

“I know you don’t think Christmas is perfect this year, nobody does. But we can still feel so lucky to be with the ones we love. I know I do.” Mariah then breaks into a captivating a cappella performance of All I Want For Christmas Is You, adding new meaning to her beloved hymn. The holidays won’t be perfect this year but, in a year that has left much to be desired, Mariah Carey’s Magical Christmas Special reminds us the only thing we need to enjoy the season is our loved ones… and Mariah Carey.