‘Greta Thunberg: A Year to Change the World’ Underway From the BBC & PBS 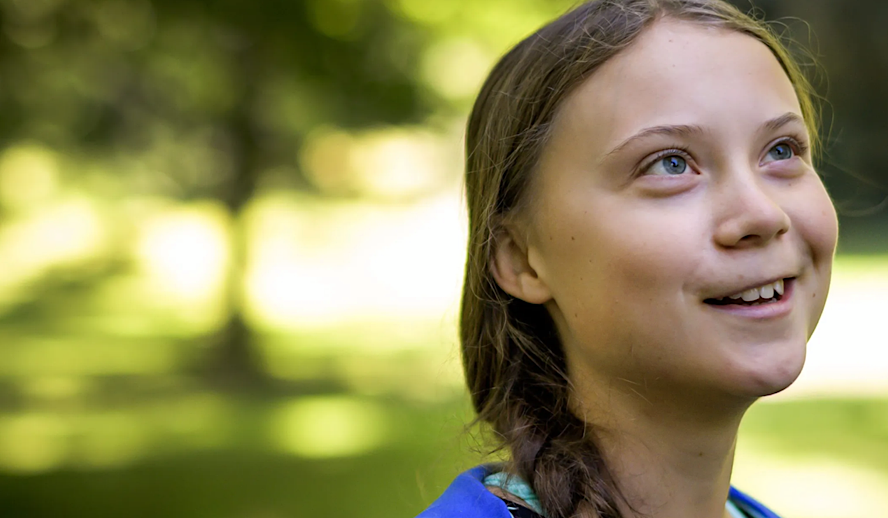 Photo: ‘Greta Thunberg: A Year to Change the World’/BBC

The project, initially announced in 2020 by BBC Studios at their Showcase event, is set to premiere in its entirety across PBS stations nationwide as a special presentation on Earth Day, on April 22.

Currently titled “Greta Thunberg: A Year to Change the World,” the docuseries will follow the Swedish climate activist “as she steps from behind the podium and onto the front lines,” and will display her “meeting leading climate scientists, witnessing first hand the consequences of climate change and confronting the complexity of what is required to make change happen. Over the course of three episodes, we will watch her journey across the globe to locations such as the U.S.’s melting glaciers, the coal mines of Europe, and the tar sands of the Canadian oil industry – all prevalent displays of the impact of climate change and its effects on both people and the planet.

‘Greta Thunberg: A Year to Change the World’

The series will also feature interviews with a range of scientists, academics, economist, and experts in the field to further explore the science behind her mission, and will additionally focus on the COVID-19 pandemic and the subsequent lockdown in terms of how our changed behavior has led to a lessened impact on the planet and climate.

“Through Greta’s exploration of science, we get a deeper understanding of the problems of climate change and the complexity of resolving them,” said Bill Gardner, Vice President, Programming and Development, PBS. “This is also a very personal, intimate, and moving story about an incredibly brave person who has found herself in the global spotlight and navigates the challenges of unsought fame. PBS is proud to bring this powerful story to our viewers of all ages.”

“Greta Thunberg: A Year to Change the World” will be made by the BBC Studios’ science unit in association with B-Reel Films. The two broadcasters PBS and the BBC will co-produce the series, while Rob Liddel will executive produce and BBC Studios will distribute the series internationally.

“To be able to do this with Greta is an extraordinary privilege, getting an inside view on what it’s like being a global icon,” Liddel said last year after the initial announcement of the series.

Filming for the documentary began back in 2019 when the then-16-year-old had taken a year off from school to travel the world to spread her message to an international audience. Her adamant call to reduce our carbon emissions initially gained her attention in 2018, where she soon became publicly recognized as an environmental activist as a product of her climate strikes.

Thunberg’s activism initially began when she first learned about climate change and started to convince her parents to modify their lifestyle choices in order to reduce their own carbon footprint, including upcycling, becoming vegan, and giving up flying. She then began amplifying her message through skipping school to spend time outside the Swedish Parliament and holding up a sign that read “Skolstrejk för klimatet,” or “School strike for climate,” which in 2018 sparked students from other communities to form their own protests, ultimately culminating in the worldwide climate strike movement, “Fridays for Future.”

Known also as “Youth for Climate” and “Youth Strike for Climate,” the movement gained traction internationally as student strikes began taking place every Friday during the school day, leading to several coordinated multi-city protests that gathered over a million students. March 19, 2019, saw more than one million strikers in 2,200 organized strikes across 125 countries, and a second strike on May 24, 2019, drew hundreds of thousands of protestors across 1,600 events in 150 countries. Both gained an abundance of attention, especially as they coincided with the 2019 European Parliament election, but even bigger ones followed in the fall of 2019.

The 2019 Global Week for Future centered around Friday, September 20, and Friday, September 27 and included a series of 4,500 strikes across over 150 countries. The September 20 strike is the largest climate strike in world history to date, with over four million protestors showing up across the globe, and over 7.6 million people participating in demonstrations throughout the week, as millions of children and adults followed Thunberg’s powerful example

The strikes had picked up steam particularly after Thunberg addressed the United Nations Climate Change Conference in 2018, and she herself gained even more recognition as a speaker and activist after she spoke at the 2019 Climate Action Summit.

“This is all wrong. I shouldn’t be up here. I should be back in school on the other side of the ocean. Yet you all come to us young people for hope. How dare you!” Thunberg now famously exclaimed at the Summit. “You have stolen my dreams and my childhood with your empty words. And yet I’m one of the lucky ones. People are suffering. People are dying. Entire ecosystems are collapsing. We are in the beginning of a mass extinction, and all you can talk about is money and fairy tales of eternal economic growth. How dare you!”

The speech was quick to circulate for her clear outrage at world leaders for their failure to take sufficient action against the climate crisis and her trademark straightforwardness in saying so, which she has never shied away from throughout her several addresses – to the indignation of many but to the admiration of most.

Though she has faced criticism, including from former President Trump himself on Twitter, she received public support from Vice President Kamala Harris, Bernie Sanders, and Beto O’Rourke after she spoke at the U.N. Action Summit, and German Chancellor Angela Merkel has recognized activists such as Thunberg as having had an impact on speeding up Germany’s actions and progress in regards to climate change.

Her work has even led to a description called “The Greta Effect,” which has sparked a sense of responsibility and guilt in terms of the climate, in turn increasing people’s conversations and actions to take bigger preventative steps against the environmental crises that are gripping our society.

In fact, according to a 2021 study, “those who are more familiar with Greta Thunberg have higher intentions of taking collective actions to reduce global warming and that stronger collective efficacy beliefs mediate this relationship,” proving her widespread influence as she continues to challenge the world leaders.

Thunberg has been awarded numerous prestigious honors, as she was included on the Forbes list of The World’s 100 Most Powerful Women as well as the TIME 100, the list of the 100 most influential people in the world, in 2019. The activist was also the 2019 Time Person of the Year, remaining the first recipient to be born in the 21st century and youngest person to ever receive the distinction, as she was awarded it for her success in “creating a global attitudinal shift, transforming millions of vague, middle-of-the-night anxieties into a worldwide movement calling for urgent change,” and “for sounding the alarm about humanity’s predatory relationship with the only home we have, for bringing to a fragmented world a voice that transcends backgrounds and borders, for showing us all what it might look like when a new generation leads.” She also holds two consecutive nominations for the Nobel Peace Prize, one in 2019 by three deputies of the Norwegian parliament, and the other in 2020 by Swedish lawmakers.

While the upcoming BBC and PBS documentary will not be the first that Thunberg has starred in, as she previously was the subject of Hulu’s “I Am Greta,” which premiered last year at the Toronto International Film Festival, the series promises an in-depth look at the life of Thunberg as both a teenager and as an activist attempting to save the world, and one who will surely continue to inspire a generation of youth climate activists to come.

‘Greta Thunberg: A Year to Change the World’ will premiere on April 22 on PBS stations nationwide, and encore airings of all three episodes will air on Wednesdays from April 28 – May 12.