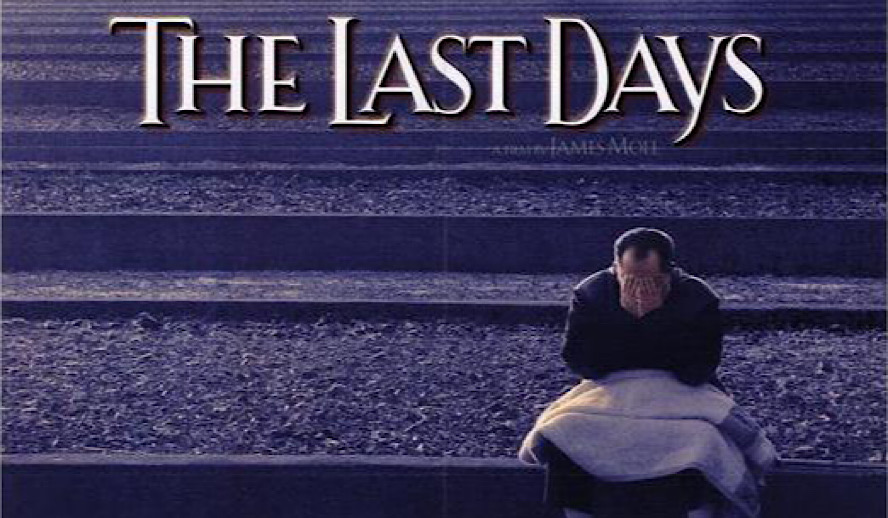 If a painting speaks a thousand words, the descriptions of the horrors and heartbreaking stories from the Holocaust survivors documented in ‘The Last Days,’ must paint a thousand pictures. Originally released in 1998, this documentary produced by Steven Spielberg, along with the Survivors of the Shoa Visual History Foundation, follows up with five Jewish Hungarian survivors who lived through the decimation and genocide of Jewish peoples that was the Holocaust. The film also includes interviews with American WWII veterans who invaded Dachau and helped free those in the concentration camps, a German Nazi scientist who helped run tests on primarily Jewish women in those camps, and a few others who shed light on the many perspectives of the historical catastrophe.

In 1944, Adolf Hitler and the Nazi party used their remaining assets and power to focus on killing the Jewish race. The three women and two men, who were children and teenagers at the time, ripped apart from their families, and were a fraction of those who made it out of the slaughter, share their stories and memories from the terror-some years, return to the camps, and some even return home. With the remastered edition of this Oscar-winning documentary releasing on Netflix on May 19th, this is a review of ‘The Last Days.’

‘The Last Days’ – Introducing the Survivors

The film introduces us to a group of Jewish-Hungarians, from all different parts of their country, who were taken to concentration camps in 1944 and lived through the nightmare of the Holocaust for many years. These survivors, these fighters, are named Bill Basch, Randolph Braham, Renee Firestone, Tom Lantos, Irene Zisblatt, and Alice Lok Cahana. These proud members of the Jewish community all live in the United States now, speak using grave and gruesome detail, of their memories of the concentration camps in which hundreds and thousands of lives were taken, including their families’. As Irene Zisblatt said:

These survivors all shared different methods about how they were first taken from the Nazis and stripped from their lives and rights. The slow burn of the Nazi party taking over Europe was stealthy and deadly, and before they knew it, even their neighbors, their friends, were followers of the party, spying on behalf of Nazis and turning in every Jewish family they knew. Bill Basch was one who, early on, got his hands on gentile papers, wiping his identity as a Jewish man in hopes of not being taken by the Nazi military, known as the Waffen-SS or SS for short. Although, the surviving men attest to the strategy of the military guards forcibly taking off the pants of whichever man the SS assumed to be Jewish, because Jewish men were the only ones who were circumcised. As Tom Lantos phrased it:

“You were a hunted animal 24 hours every day, and you didn’t know if anybody you encountered was really on your side. Had it not been for Wallenberg, neither I nor the other tens of thousands would have ever survived.”

Raul Wallenberg joined the Swedish embassy for the sole purpose of saving Jewish lives. He issued what he called Swedish protective passports, and he declared the whoever had possession of this document planned to go to Sweden when the war was over. In theory, this should not have been as successful as it was in saving lives, but with all of the mess and confusion of the war, that worthless piece of paper did indeed work. Bill Basch acted as a runner for these documents, eventually getting caught by SS guards and ending up in Buchenwald.

Each of the survivors told their most personal and emotional memories that stuck with them throughout and beyond the war. Renee’s most elusive memory was of her favorite bathing suit being the only thing she packed with her as she was transferred to the camps, and when it was forcibly removed from her by the SS, she connected the ridding of the suit to the erasure of her past life. Irene’s visceral tale involved hiding her mother’s diamonds that she gave her to buy bread for when things were all over, and keeping them hidden through the entire war. To do so, she repeatedly swallowed and passed them, most of the time only getting to clean them with mud or soup before she put them back in her body.

The film also followed Alice as she went to an archivist to find information for her sister and finally had a proper funeral for her many years after she was freed. At her time visiting the concentration camp years 40 years later, she reminisced on the Shabbat services she and her sister would secretly throw in the latrines with all of the Jewish kids from different countries. The intimate personalization of the already haunting details of one of the most horrific events in human history, turns the tales of how it affected these survivors, into an individualized, yet shared experience with the viewer.

Primarily focusing on the interviews with the survivors and the others who witnessed the events, the documentary intercuts the personal stories with real videos and photos taken during the war and after. Seemingly from the Shoa Foundation, the creators of the film do not hold back from showing the gorry and vile treatment of the concentration camp members, from throwing them into mass graves, to burning them alive, even to shooting them into pits, you see every angle of the treatment. Towards the end of their time in the camps, those who were still alive were walking skeletons. Without clothes and with their bones protruding, the simple shots of the prisoners walking naked were like something out of a horror movie.

The film has been remastered since the documentary’s 1998 release. With its metaphorical fresh new coat of paint, the visual storytelling is all the more evocative, with every shot allowing grave detail to be seen and noticed. The use of imagery combined with the words and tears of those who recounted what was seen and lived through, makes it a difficult viewing experience, but in an incredibly important one.

Related article: ‘The Crossing’ is a WWII Fairytale Adventure Set in the Enchanted Forests of Norway

The Importance of ‘The Last Years’

As Tom Lantos said, “I cannot rationally explain, emotionally explain, intellectually explain the Holocaust.” The viewer’s journey in this film is not one to attempt to discover an answer as to why this genocide took place. Instead, it uses the Holocaust as an anchor to show the delicacy of hope and the value of spirituality. “I don’t think that God created the Holocaust. I think that God gave us a mind and a heart, and a free will. And it is up to man what he is going to do with his life,” spoke Renee Firestone.

After the persecution and murder of over 400,000 Jewish men, women and children, after quite literally being put through hell because of the religion and ethnicity of these people, the five Holocaust survivors still remain spiritual and celebrate their Judaism with their families and friends. Perhaps having lost faith during the War, they share their moments of coming back to terms with their religion and re-embracing it as their identity.

It is incredibly vital to remember not only the names of these people and the words they say, but the accurate history of their lives. In 1944, the war was almost over, but Hitler chose to direct everything he had left on the prime focus of murdering the Jewish race. This did not occur centuries ago, and it didn’t even happen a hundred years ago. With all of the progress and coexisting in the world right now, there is still division and hatred, and in order to respect those around you, you must understand their history. The best way to learn, the most evocative way, is through personal stories, connecting the words someone says with their face, knowing what a real person went through, and that is what ‘The Last Days’ thankfully offers.

Related article: Hollywood Powerhouses Stand Up Against HFPA Due to Continued Racism and Sexism

“The Holocaust is perhaps the culmination of the horror that can occur when man loses his integrity, his belief in the sanctity of human life,” exclaimed Randolph Braham, American historian, and Holocaust survivor. The foundation of society depends on the belief that human life is sacred. I fear that this documentary will not be marketed heavily by Netflix given its heavy message and assumed niche audience, but this is a film that every person needs to see, if not for entertainment than for knowledge.