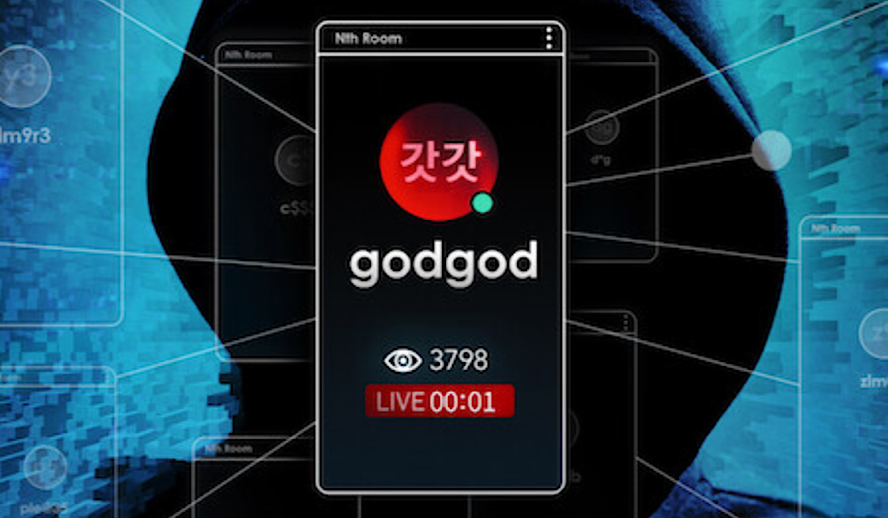 Cybercrime is something more people are becoming aware of due to online scams or people trying to scare others into giving them money and it’s becoming a darker issue due to the disturbing crimes people commit anonymously. Most heinous crimes like the one in this documentary fly under the radar because it’s a well-kept secret between sick individuals. It makes me sick to my stomach to think about the things people do in order to access the market where pictures of minors are being circulated. Therefore, this documentary will leave you disgusted and angry because it uncovers the dark reality of the digital world.

This documentary starts off strong by showing how the victims would be tricked, someone they didn’t know would send a message saying their pictures are circulating online. The trick was that there was a link attached showing the victim’s pictures, a click on the link would reveal their IP address and location to the perpetrator and from there they would threaten the victim by saying they were going to show their family the photos if they don’t comply. From there, the perpetrator would control the victim’s life by telling them to send more pictures of themselves.

The victim would have to send their photos through an app called Telegram and the perpetrator would share the photos with other members in the chatroom. There are different chatroom groups and they had thousands of members with some being free while others came with a fee. Then to make it worse, the victims were labeled as “slaves” and at times were asked to write it on their bodies along with the perpetrators’ name. I really liked how the documentary showed images of a woman drowning to convey the feeling of hopelessness and fear because to be in this situation is terrifying because there’s no way out without feeling humiliated. Members in the chatroom also knew the name, locations, and other personal information about the victims so they were trapped in an endless nightmare.

The chatroom came to light in November 2019 when a journalist at Hankyoreh, Kim Wan, was contacted by an informant. He looked into it and was contacted by one of the perpetrators saying that his personal information was being circulated in the chatroom and they had pictures of his sons and wife. Fearing for the safety of his family, another journalist, Yeon-Seo joined the task force team led by Wan. Then what Yeon-Seo discovered is that the chat had pictures that were taken at the victim’s houses and the members were threatening to rape the victims if they don’t comply. That is basically the plot condensed without any spoilers because if you enjoy true crime, you go watch to see how they bring these victims justice.

Down the Rabbit Hole

It’s very devastating to learn about what these girls went through and it’s scary knowing that this can still be going on. The internet is an endless rabbit hole and it’s unfortunate to say, but if one of these chatrooms goes down, there will be another that will be more difficult to unravel. The members of chat rooms will find somewhere to go and I liked how the documentary explained that these people don’t feel like they did anything wrong by just viewing the photos but they are very much complicit in the crime by allowing it to happen. That leads me to want a second part to this documentary where they find the members who tormented the victims and engaged in the chat room. They shouldn’t sit comfortably at home pretending like they didn’t do anything wrong because they cause irreversible damage to the victims.

Like any other crime documentary ‘Cyber Hell’ breaks down how they found the head person running these chat rooms and it’s a tedious process that requires knowledge of the digital world. It’s a game of cat and mouse where the mouse keeps taunting the mouse until the cat can find a clever way to catch him and the way they caught the head person is satisfying. Also, the documentary doesn’t get you frustrated in any way in a sense where the police make you angry because they keep letting the perpetrator slip away. I really liked how they showed compassion and really wanted to bring these girls justice and safety. There was no point in the documentary where they shame the girls and make them feel like terrible people.

Another thing this documentary did was take me out of my comfort zone, because I’m so used to watching true crime doc’s being centered around Americans by this being set in South Korea, it makes me as a viewer want to pay attention to every detail because it’s new to me. Crime happens around the world especially cybercrime and I think this can be a step forward in exposing the dark side of the internet and bringing other victims to justice. People, especially young women, have to be careful online. These link tricks have been going around for some time now and when you see something suspicious, always alert authorities and others because you could be saving someone’s life.

The documentary is very well made and it pulls you in immediately as I said earlier, one thing I wished I caught earlier was that there was an English dub. If you’re like me, having a dub helps me focus on what’s being said because the text does move too quickly, or if I do get distracted, I don’t want to keep rewinding to understand what they said. The pacing of the documentary is great and it doesn’t feel like the director is dragging out the information unlike other Netflix doc, this one is only one part so if you don’t enjoy watching the docu-series this is for you. In the end, I highly recommend this documentary just so you can be aware of this type of cybercrime so you know how to protect yourself and others around you. I give this documentary eight out of ten iPhones.