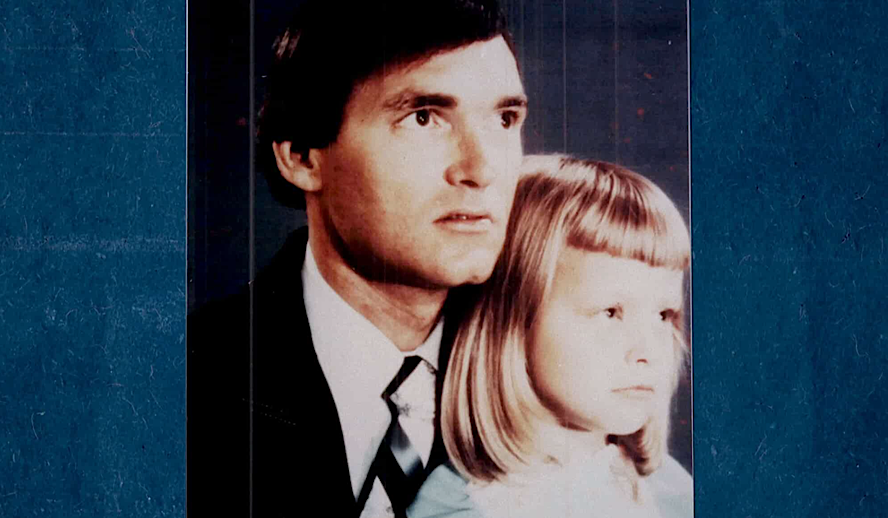 Photo: ‘Girl in the Picture’

A variety of true crime documentaries uncover the dark realities of human nature that leave viewers stunned and furious at the people who commit these heinous crimes. Now, why do people watch these docs, knowing they will feel upset at the end? I can’t speak for other people who are interested in the true-crime genre but for me, I watch these docs because I want to watch the mystery unravel and just have a morbid curiosity about the details of the crime. Therefore, when I saw a trailer for the Netflix documentary ‘Girl in the Picture’, it got me invested because it’s a doc about uncovering the details of a young woman’s true identity.

Before watching, I was already putting together a story of what happened to the young woman going off the details from the trailer. I thought this wouldn’t be a complicated documentary where there aren’t many twists and turns and we’ll get a simple answer of who this woman is. However, I was very wrong, because this documentary explains the complicated dark reality of Tonya Hughes and it left me feeling heartbroken upon learning the details.

The general gist of the doc is after a young mother’s mysterious death and the kidnapping of her son lead to a decades-long mystery about the woman’s true identity, and the deceptive federal fugitive at the center of it all. What got me really invested in this documentary was the director, Skye Borgman, because she also directed ‘Abducted in Plain Sight’ which was also on Netflix and had an insane story. Borgman is a great storyteller and she makes sure your eyes are glued to the screen at all times.

The documentary has a great start by getting straight into the story and setting up the picture of who Tonya was and the days leading up to a group of men discovering her body on the side of the road. She worked as a dancer at a strip club called Passions based in Tusla, Oklahoma and she was married to a man significantly older than her, Clarence Hughes. Together, they had a 2-year-old son named Michael Anthony Hughes. Friends of Tonya were suspicious of their relationship because while in the strip club locker room a fellow dancer noticed she had multiple bruises along her back which Tonya excused as she slipped and fell. They remembered her as a kind, affectionate, hard-working woman who loved her son.

Therefore, when her body was discovered suffering head injuries friends of Tonya looked at Clarence as the main suspect. However, they didn’t know that Tonya’s identity was stolen from her at just 18 months of age.

As the documentary continues, I wanted to know how Tonya died because at first it was declared a hit and run but her injuries told a different story, and a neurosurgeon, Dr. Charles Engles who treated Tonya said “Her vital signs were stable. But she seemed to have a sinking spell and it… it was a mystery to me.” Fellow dancer and friend to Tonya suspected the situation to be foul play because the injuries looked like she had been in a fight. Therefore, it is theorized that Clarence abused Tonya to death and left her out on the road to sub come to her injuries.

The doc then starts to focus on her son, Michael, and just one day after Tonya’s death, he was sent to live with his new foster parents, Merle and Ernest Bean. This angered Clarence and he fought hard in court to gain full custody of Michael. We then learn that Clarence had visitation rights but Michael would hide in fear and say “That mean man. That mean man. That mean man.” It is then implied that Clarence would abuse Michael during his visits and then it was a shock to discover that Clarence wasn’t Michael’s biological father after a paternity test. From then his parental rights were terminated and it led to him stalking the family and eventually kidnapping Michael along with his school’s principal James Davis at gunpoint. Davis was later found in the woods, handcuffed to a tree with duct tape across his mouth, and from then the investigation unraveled the identities of Clarence and Tonya.

The crazy thing about the documentary was uncovering several aliases, Clarence and Tonya both had. This was shocking and confusing to Tonya’s childhood friends because they knew her as Sharon but in news reports, they referred to her as Tonya. Her childhood friends also spoke highly of her, saying that she was a sweet, caring, and smart girl who dreamt of becoming an aerospace engineer. However, it’s revealed that the man acting as Tonya’s father in Georgia was Clarence and was going by the name Warren Marshall. The FBI discovered that Sharon and Warren changed their names to Tonya Tadlock and Clarence Hughes before getting married in New Orleans.

The story doesn’t end there because it is then later revealed that Tonya’s real name is Suzzanne Marie Sevakis and Clarence’s real name is Franklin Delano Floyd. Suzanne was kidnapped as a young girl by Floyd and was raised as his “daughter” and then became his wife by force. This left me feeling sick and upset for Suzzane because she never knew her true identity and her life was stolen from her.

There’s more to this documentary and I highly recommend it to any true crime lover who wants to learn more about her true identity of Suzanne. There are more shocking details that I didn’t cover because you should watch the doc and learn it yourself. This documentary takes you on a ride because there are multiple shocking revelations that leave you in disbelief. I highly recommend looking into this case to learn more details that the documentary didn’t have time to cover. In the end, this doc left me heartbroken for Suzzane and her relatives and friends but it’s comforting to know that the decades-long mystery was solved and with that, I give this documentary an 8.5 out of 10.