John David Washington: 32 Facts on the Talented Actor and Star 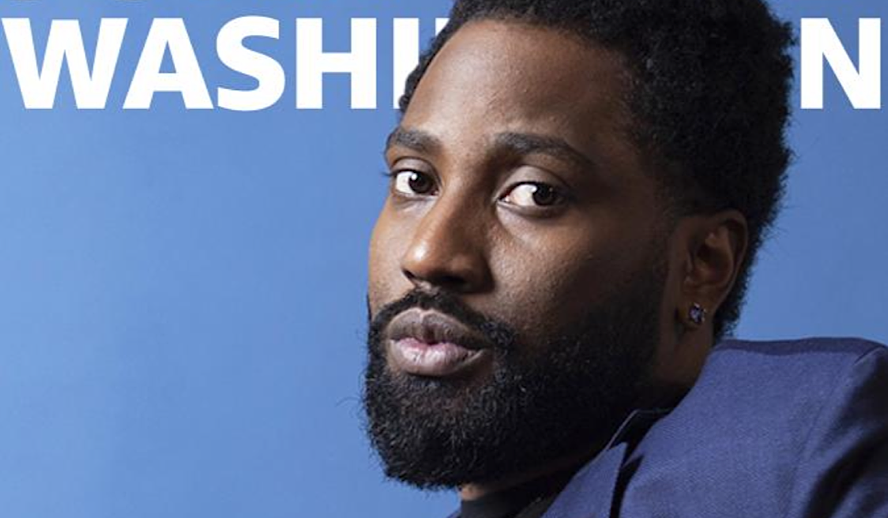 John David Washington has been everywhere recently. With prominent roles in BlacKkKlansman (2018) and Tenet (2020), as well as an upcoming role in Malcolm & Marie with Zendaya, the young actor has had no trouble finding work. But you may be wondering, who is this guy? Where did he come from, and why is he in so many new movies? Let’s explore.

Related article: Age-Gap Relationships in Cinema: A Case Study of ‘Malcolm and Marie’

John David’s career path makes sense, considering that his father has had one of the most prolific acting careers in history. They have shared the screen together three times, both starring in Malcolm X (1992), Devil in a Blue Dress (1995), and The Book of Eli (2010). John David was just seven years old when he appeared in Malcolm X. Despite his early commitment to acting, his professional life almost turned out much differently.

John David took a detour from acting as he grew into his twenties. He played running back for Morehouse College, where he set both school and conference rushing records. He caught the NFL’s eye, as he signed to the St. Louis Rams as an undrafted free agent in 2006. He only lasted a few months on the team before he was released in August. He eventually played for the Sacramento Mountain Lions of the United Football League (UFL) from 2009-2012, before the league eventually folded.

In between his tenures with the Rams and Mountain Lions, he also played in Germany. The team’s name was Rhein Fire, which was affiliated with NFL Europe. It’s not often that someone gets to play American football in different countries, but John David’s life has clearly been quite unique.

Ballers was a hit HBO comedy show with Dwayne “The Rock” Johnson that ran from 2015-2019. He played Ricky Jarrett, a troubled NFL star. After recently finishing his professional football career in real life, this was a natural fit for Washington, and it showed on screen.

#5 – Christopher Nolan is fond of him.

The Tenet director had nothing but compliments for the leading man of his movie: “one of the greatest collaborators I’ve worked with,” Nolan said. “Extraordinarily hard-working, very, very thoughtful, and very considerate of everybody around him in the most wonderful way.”

The Rolling Stone film critic was impressed with Washington’s Tenet performance, saying “A former football running back, the actor brings a natural athletic grace to the stunts and hand-to-hand combat that forge a visceral bond between his character and the audience.”

#7- He lettered in high school sports.

He went to Campbell High school in Los Angeles, where he lettered in basketball, football, and track. He graduated in 2002.

This came at a time where he wasn’t done with football but wanted to dip his toe back in the family business. After visiting the set with Denzel, the leading man of the movie, co-director Allen Hughes asked him to help out with production.

These include a Golden Globe nomination for Best Actor in BlackKklansman in 2019.

According to IMDB, he doesn’t like when people just call him “John.” So if you run into him, call him John David or JD.

Glory is a civil war drama starring Denzel. John David credits his father’s performance in the movie for inspiring him to get into acting. He loves the movie so much that he can actually recite the entire thing.

Not only did Lee put Washington in Malcolm X, but he also gave him an opportunity with BlackKklansman. The legendary director has been a major presence in Washington’s life and career. “Spike Lee is a master of tone, so basically, if he wants to do something, he should do it, and Imma listen,” he said.

In addition to BlackKklansman, Washington appeared in the independent films Monsters and Men, All Rise, and The Old Man & The Gun.

This injury ended his football career right before he was about to try out for the New York Giants. On the bright side, it helped him refocus on acting, and the rest is history.

#16 – He had an athletic scholarship at Morehouse.

It’s safe to say that the HBCU made a good investment in Washington, as he shattered school rushing records with 3,669 total rushing yards. He still holds the record to this day.

#17 – His mother is singer Pauletta Washington.

As well as being a singer, she’s an actress and classically trained pianist. She’s especially known for her work on the soundtrack in the film Philadelphia (1993), which stars her husband Denzel.

In order to hide who he truly was, he would tell people that his father was in jail or absent. Being the son of a legend clearly got a bit tiresome.

#19 – Robert Pattinson was impressed by his athleticism.

Pattinson admitted to not being able to keep up with Washington on the Tenet set, saying “When I’m running on screen I’m generally paired with John David, who is an ex-NFL player, so it was the most unfair thing in the world.”

O’Russell, who directed The Fighter and Silver Linings Playbook, is adding Washington to the cast of his next movie.

He easily could have gotten his father to help him get major parts right after he retired from football, but he didn’t want his career to be defined by nepotism.

#22 – He moved back in with his parents when the pandemic started.

In an interview with Samuel L. Jackson, he explained that he temporarily moved back in with his parents.

When he was auditioning for Ballers, many of his family members didn’t even know about it. He wanted to stay lowkey and out of the limelight.

#24 – The Tenet set was challenging for him.

“I’ll be honest, I was really confident about my athletic abilities and I was extremely confident that I would get the job done, maybe even underestimating how tumultuous that path to mastering inverted techniques would be because of my football background. But I learned the hard way and I learned early, too,” said Washington.

#25 – He played football to be more independent.

He felt that if he played football, nobody would connect him with his father. It was his escape from the family connection. It didn’t end up working out that way. “But … even when I made it with the Rams, it was ‘Denzel’s son makes the Rams!’ I knew then that this was going to follow me the rest of my days. I might as well get into the business,” said Washington.

He specifically grew up in the Toluca Lake neighborhood.

Related article: Oprah Winfrey: 32 Facts on the Queen of Hollywood and Most Inspiring Media Mogul

#27 – He was advised by NFL legend Curtis Martin.

“The great Curtis Martin told me the hardest part of the NFL is not ball. It’s everything else,” said Washington. Part of “everything else” is the injuries and rehab that goes along with them, as Washington can attest to.

#28 – He used to watch Denzel recite his lines.

At 5 years old, he watched his father recite lines for Richard III, a Shakespearean play. Ever since then, he was obsessed with acting.

Kellerman is the co-host of ESPN’s show First Take (2017-), and they had Washington on for an episode. “Max Kellerman said he didn’t know I was related to him and that’s like the ultimate compliment,” said Washington. He wants nothing more than to be his own man, not connected to anybody else.

“I am really unbeatable,” he said. “I’m very confident about that.”

He was 9 years old when he played a student in a classroom the Spike Lee directed classic starring his dad Denzel.