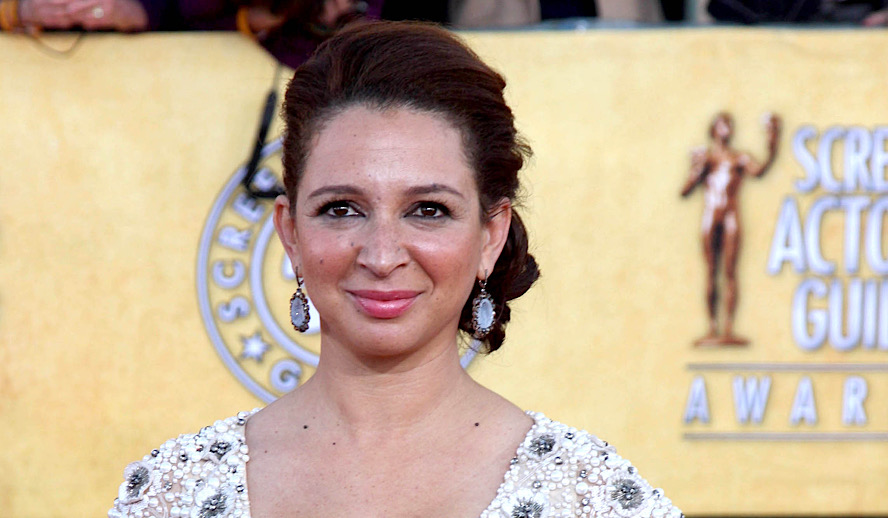 After five straight weeks of shows, Saturday Night Live is finally allowing its cast members and writers to get a good week’s sleep. Though they’re hibernating for a short period of time, they’ll be coming back with a bang with beloved SNL alumni Maya Rudolph set to host their comeback episode on March 27th, along with musical guest Jack Harlow. Rudolph has an enormous range and a long history of performing some of the most memorable characters on SNL. Since then, Rudolph has consistently remained one of the busiest people in Hollywood. Her legendary performance in ‘Bridesmaids’ garnered her international attention, and the world hasn’t been able to enough of her since.

Related article: Why the Most Recent Episode of SNL With Nick Jonas Missed the Mark Completely

Maya Rudolph’s musical talents have been a sensation on Saturday Night Live since her early days, but her musical roots go back to her childhood. Rudolph is the daughter of musician Minnie Riperton and music producer Richard Rudolph, so the skills required to be successful in the music industry were instilled in Rudolph. She eventually formed her own band ‘Supersauce’ while enrolled at the University of California at Santa Cruz, and after graduation, joined ‘The Rentals’. When her band broke up, Rudolph took a major turn and one that paid off for herself and her millions of fans; she decided to pursue comedy.

Maya Rudolph performed with the acclaimed The Groundlings improv troupe throughout the late 1990s.  She acted in small parts in a few movies, the most notable being the Oscar-winning film ‘As Good As It Gets’ and Oscar-nominated film ‘Gattaca’ as well. It wasn’t too long until producers noticed her talent, and in late 1999, Rudolph was discovered by Saturday Night Live. She, of course, nailed her auditions, and soon joined one of the most commercially and critically acclaimed casts since the early 1990s. There she was a castmate for many years and was in some of the most iconic sketches and digital shorts of the 2010s. She’s become most famous recently for portraying vice president Kamala Harris, typically alongside Jim Carrey portraying President Joe Biden. Although Rudolph always crushed her roles, and deliver her lines excellently, it’ll be refreshing to see her expand her range on the next episode of SNL coming at the end of March.

The hilarious, back-and-forth rapport between Maya Rudolph’s and Amy Poehler’s characters, Jody Dietz and Betty Caruso,  is so snappy and dense with jokes, it stands out as one of the best SNL recurring sketches of the 21st century. It was redone with Tina Fey, Jake Gyllenhall, Justin Timberlake, and Andy Samberg, and every time it hit well with audiences and fans.

Sometimes sketches simply run flawlessly, even when they’re full of mistakes. ‘Kissing Family: Brecken Brings His His Boyfriend Home’ is structurally incredible and the rhythmic beats that heighten the sketch sensationally were written perfectly for the performers in the sketch. Starring several Saturday Night Live greats, Kristin Wiig, Fred Armisen, Bill Hader, Taran Killam, Kate McKinnon, Maya Rudolph, and Andy Samberg, the reaction from the live audience says it all. It’s hilarious from beginning to end, with a few visible and audible breaks from the performers. Maya Rudolph enters the sketch a bit late, but her random cameo makes it all the more hilarious.

In 2005, The Lonely Island, consisting of Andy Samberg, Akiva Schaffer, and Jorma Taccone, joined Saturday Night Live after uploading sketch comedy videos up to the internet for almost five years, finally landing a deal to make a pilot, but ultimately not popularizing until they joined Saturday Night Live. Samberg was hired as a performer and Schaffer and Taccone were hired as writers. During their time there, they became legendary and internationally beloved with their digital shorts, the first one to attract major attention was ‘Lazy Sunday’ with Chris Parnell. However, just a year later, they released ‘D*** In A Box’ with Justin Timberlake. Though the premise of the song was very comically absurd in comparison to what SNL had been doing for ten years prior, it was so fresh, timely, and original, and the music video was all the more hilarious.

Rudolph herself played the love interest of Samberg’s character and reacted to the wackiness and silliness of everything so impressively that her reactions are some of the funniest in the music video. Though her part in the video was small, the song would go on to win a Primetime Emmy Award for Outstanding Original Music and Lyrics in 2007, so her involvement in the project was tremendous when seeing the result of everything, and knowing that her actions and reactions to the comedy duo uplifted the quality of it. Anything Rudolph does though, she always improves it.

A Powerful and Inspirational Force On Screen; Maya Rudolph

Since her days at Saturday Night Live, Maya Rudolph has kept very busy. She left SNL in 2007 and immediately jumped into the limelight. Rudolph made several appearances on Molly Shannon’s ‘Kath and Kim’, Jorma Taccone’s ‘Macgruber’, Paul Feig’s ‘Bridesmaids’, Emily Spivey’s ‘Up All Night’, and both of Adam Sandler’s ‘Grown Ups’ movies. This was just a few years following leaving SNL, with the 2010s propelling her career even more.

Some of her biggest and shiniest moments were Disney’s ‘Big Hero 6’, ‘Maya and Marty’, a sketch show starring her and former SNL cast member and coveted movie star and comedian Martin Short, The Lonely Island’s ‘Popstar: Never Stop Never Stopping’, both ‘Angry Birds’ movies, ‘The Good Place’, and ‘Big Mouth’. It’s impressive how someone could have so much drive, versatility, and natural talent to energetically throw herself into all types of roles, then every time she’s on-screen, masterfully execute the scene in a unique way that has delighted millions of viewers for the last two decades the world has had the honor of knowing Maya Rudolph.

Related article: Here Are the Top 5 Sketch Shows: From ‘The Muppet Show’ to ‘Saturday Night Live’

Related article: Who Are The Groundlings, and What Makes Them So Famous?

Even though she’s been nominated for several Emmys, for her portrayal of Vice President Kamala Harris on SNL, Maya Rudolph won a Primetime Emmy for Outstanding Guest Actress in a Comedy Series, and just a few years before, won a Primetime Emmy for Outstanding Character Voice-Over Performance for her work on ‘Big Mouth’. Because of all these accomplishments and her expansive resume, Rudolph has established herself as a powerful and inspirational force on and off-screen.

It’s exciting to see her develop as an artist and flourish. Rudolph is married to critically and commercially acclaimed filmmaker Paul Thomas Anderson. They are the true definition of the ultimate Hollywood power couple. We at Hollywood Insider happen to be enormous fans of Maya. We will always support you, Mrs. Rudolph.