Here Are the Top 5 Sketch Shows: From ‘The Muppet Show’ to ‘Saturday Night Live’ 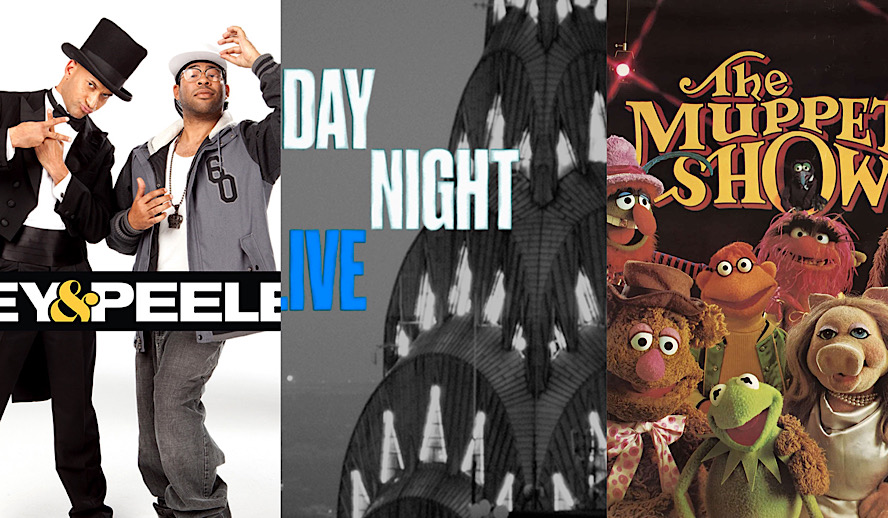 The sketch show has been a backbone of comedy ever since the Greeks first invented comedy when Spartacus challenged Hippolytus to a belch off.  We should all be very excited as sketch shows seem to be making a comeback. From ‘SNL’ to ‘All That’, the sketch show has always been the hallmark of American comedy. Every sketch show is beautifully unique and weird and each one deserves its own celebration, so today we’ll be looking at the top five sketch shows that redefined the genre.

A few quick rules first. We’re all allowed to have differing opinions and the opinion of a writer who wears Crocs, not as an ironic statement but just because they are oddly comfortable doesn’t diminish your opinion. So don’t go off writing angry letters to Hollywood Insider because I don’t share your opinions. Also, I will be considering both sketch shows made for kids and those with more adult content, so don’t be offended if Jim Henson’s work appears next to Dave Chapelle’s on the list. Jim Henson makes puppet dreams come true and I can’t repeat half the things Dave Chapelle says on his show or in his stand-up in a Hollywood Insider article, but they both are great shows and all sketch shows deserve a chance to be on this list.

Related article: A Brief History of Sketch Comedy and its Evolution From 1959 – 2020

The original ‘Muppet Show’ can be described as nothing but timeless and it’s not hard to see why. From the brilliant mind of Jim Henson, the Muppets were as random as random gets. From the entire company of the show doing a Muppet rendition of Bohemian Rhapsody which might be more entertaining than the actual Queen song or the Swedish chef cooking up something not at all Swedish (if at all edible) in a language one might describe as almost Swedish, ‘The Muppet Show’ was just a beautiful story of how a theater troupe with minimal talent or actual ability to do theater can make it in this world.

The characters of The Muppets are timeless, from Kermit the Frog to Animal, and each one is so lovable in their own way. The Muppets appeal to all ages 1-100 and continue to barrel forward with more movies and TV shows. But that’s fine by us, The Muppets are one of the few franchises that can never grow old.

‘Key and Peele’ is a show from the minds of comedy geniuses Keegan Michael Key and Jordan Peele. And yes, I’m talking about the same Jordan Peele who nowadays is considered a master of suspense thrillers. A guy can both make even tea seem creepy and perform in an opera asking why can’t people just talk instead of belt singing everything in operas. You want to know how good ‘Key and Peele’ is? President Obama asked Key to perform at the White House Correspondents Dinner after Key started performing his impression of Obama’s anger translator on the show. From a substitute teacher who can’t seem to pronounce anyone’s name right to confusion over a text message that puts two mismatched characters in the same sketch, ‘Key and Peele’ never fails to hit the mark.

ADBOHoF is what I will continuously refer to this show as because the one flaw of this show is its obnoxiously long title. It’s hard to explain exactly what this show is. It’s about three housemates who in the pilot are said to have also kept a dishwasher as a housemate but usually, it’s just a normal dishwasher, so it’s a bit confusing. To say this show gets weird is an understatement. ADBOHoF is an absurdist masterpiece. Nothing makes any sense. Why are three men in their late thirties living together, who is Aunty Donna and why does she never make an appearance in a show that bears her name, and have we really been calling Egg Helms the wrong name all these years? Also, if everything’s a drum, then is life itself a drum?

‘Portlandia’ is ‘SNL’ alum Fred Armisen and comedy actress Carrie Brownstein at their finest. The two actors explore and parody the lives of people in Portland, Oregon, the weirdest and most hipster town in America. Whether it be searching for the town’s mayor who just decided to go off and join a jazz band or a couple who feels compelled to venture out to a farm to make absolutely sure that their egg frittata is locally sourced, this show can get a bit crazy. Apparently in Portland, Sarah McLachlan (who, I’m fairly certain, even her own family does not know how to properly spell her last name) daylights as a gardener and there are girls who belong in an anime cartoon at every hipster cafe. Who knew? I’m glad this show exists because I had no picture of what a Portlandian was before, but now I know that the entire city is filled with tattooed guys who can’t seem to find a shirt and hot hipster girls with glasses. The dream of the ‘90s is alive in Portland!

There was no other possible #1 pick besides ‘SNL’. ‘SNL’ has been going strong for over 40 years and doesn’t show any signs of stopping. The show has introduced the world to so many comedy legends from Will Ferrell to Chris Farley, it’s impossible for ‘SNL’ itself not to be legendary. ‘Saturday Night Live’ gives the world a chance every week to make light of everything that goes on in politics, pop culture, and the world itself. Who could forget Alec Baldwin’s spot-on Trump impression or Tina Fey delivering addresses as America’s favorite airhead who also happened to be a contender for Vice President Sarah Palin? ‘SNL’ is a cultural landmark and it will stay that way for years to come.