Retirement Doesn’t Mean the End: Why Not to be Concerned about Jim Carrey’s Announcement 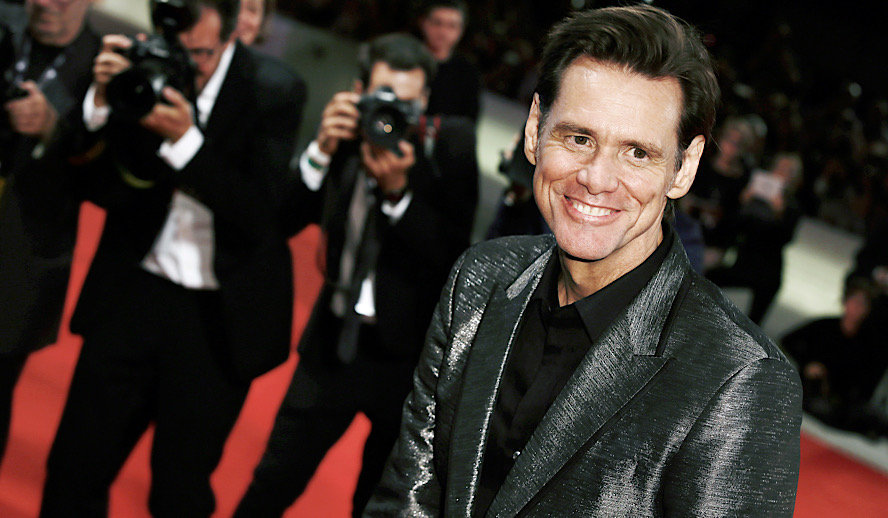 I’ve been a Jim Carrey fan for as long as I can remember. I grew up watching ‘How the Grinch Stole Christmas’, ‘The Truman Show’, ‘Yes Man’, ‘Man on the Moon’ and compilations of his best bits from ‘In Living Color’. I adore the talent that man shares. But I’m not mourning his talent after his announcement of a potential retirement. In fact, I’m celebrating the news.

For anyone out there in mourning, however, I don’t think it’s worth the time. You see, Hollywood has a habit of “retiring”, but only for a moment. So, even if Jim goes MIA for a while, that doesn’t mean he’s done with the business just yet.

It was your basic obligatory press appearance: Jim Carrey was promoting his newest movie ‘Sonic the Hedgehog 2’ on a Zoom call with Kit Hoover of Access Hollywood. A graphic for the film was displayed behind him while Hoover playfully and casually asked him about his relationship with the movie, and his co-stars, and even ventured outside the movie to ask about his future with his visual art. The conversation was going in a fairly planned direction until Hoover shared that beloved star Dolly Parton said she’d wanted Carrey to play Porter Wagoner in the biopic about her life, to which Carrey casually replied, “Well, I’m retiring.”

A Tribute to Jim Carrey

Hoover took a moment before saying, “Are you being serious are you screwing with me?” keeping a cheeky grin on her face. Carrey, who has been smiling the entire interview, replied, “I’m being fairly serious, yeah… It depends on if-if the angels bring some sort of, you know, a script that’s, you know, written in gold ink that says to me that it’s going to be really important for people to see. I might – I might continue down the road but I’m taking a break.” So, it’s not that he’s retiring per se, it’s that he’s not going to actively pursue acting anymore. To be in the business is no longer his goal. The goal is to be happy.

And then he went on to say something that I didn’t realize I’d been waiting to hear from Carrey, “I really like my quiet life and I really love putting paint on canvas and I really love my spiritual life,” he told Hoover, “This is something you may never hear another celebrity say as long as time exists: I have enough. I’ve done enough. I am enough.”

The idea that Carrey’s life is now a pursuit of peace makes me happier than any of his exceptional comedic performances. So, if he never gets a golden script from the angels, I won’t mourn the potential performances we’re missing. The announcement of his desire to retire wasn’t really about acting, it was about self-care After 40+ years of trying to make others happy, Carrey is putting himself first.

But, I also thought he retired a while ago. In fact, I’ve thought many stars have retired, but then they return and make a big splash. So, retiring may not mean what everyone thinks it means.

Famously, actors don’t stay retired for too long. Actor Sir Daniel Day-Lewis “retired” from acting to pursue an apprenticeship as a cobbler, but after three years, Scorsese convinced him to come back to the silver screen for ‘Gangs of New York’, for which Day-Lewis was nominated for an Academy Award. ‘Joker’ star Joaquin Phoenix documented his retirement from acting with a little flick called ‘I’m Still Here’ when he tried to pursue a career in rap (obviously, he returned to acting). Robert Redford announced his retirement and then followed it up with ‘Avengers: Endgame’, telling People, “I think it was a mistake to say that I was retiring because you never know”.

And it doesn’t just happen with actors. Back in 2005 when she wrapped her Living Proof: The Farewell Tour, the ageless and gorgeous Cher claimed she was done touring. That is until 10 years later when she embarked on the Dressed to Kill Tour, and then hopped on the road again with Here We Go Again Tour in 2018. Jay-Z’s retirement only lasted three years and he’s won over 20 Grammys since. Nicki Minaj dropped an abrupt retirement message on Twitter only to return to music 22 days later.

So, don’t fret if Carrey says he’s “fairly serious” about retirement. That word may not mean what you think.

Everyone needs a break. And I think that’s the right word that Carrey used: “break”: Taking time off for yourself is critical no matter what career you’ve chosen. And it seems like the word “retirement” really means “Hey, I need to take a break”.

In Hollywood, it’s rare for celebrities to stay retired, which fans are kinda getting sick of. “We don’t fault any of these people for wanting to take some time off,” wrote John Mitchell for MTV, “Don’t say you are going away forever and then return, and especially don’t mount an elaborate tour as some sort of victory lap, charge outrageous ticket prices for the shows and then hit the road again after an extended break like it was no big deal. When you do this, it looks like a ploy.”

But fame is a hard thing to give up, but also a toxic beast, and an exhausting and demanding job. So, I imagine it’s most likely easier to announce retirement rather than telling adoring fans everywhere that you’re going to take a break from acting to pursue shoe-making because the word “retirement” is a safer, less open-ended word. And the claim may bring peace to the star as well, as it gives the promise of rest.

But then they may return to the limelight for many reasons. Maybe they missed the fame and relevancy, maybe they need the money, or maybe they found that “golden script” that Carrey was talking about.

I don’t think Carrey’s retirement announcement should cause any concern. At this point, it feels like common practice for public figures to claim their departure from their art form. I think that Carrey’s interest in retiring is appropriate and means he’s found a new passion that speaks to him more than his life in acting. So, he’s thinking of retiring, thinking of no longer looking for the spotlight, and he’s not saying “never”. He’s saying that Jim comes first.

No matter what, I wish Mr. Carrey a happy and prosperous journey moving forward, and I want to thank him for all of the truth and art he has given millions of people, myself included. Jim, in case we don’t see ya, good afternoon, good evening, and good night!