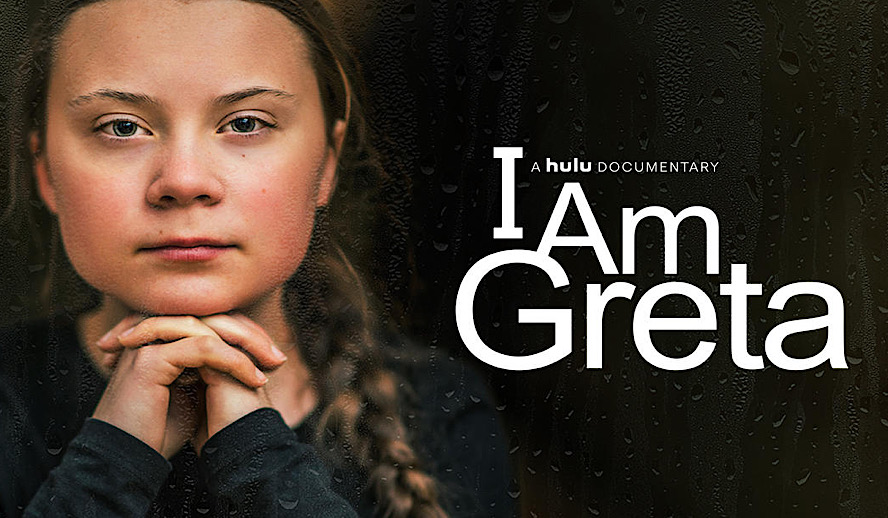 Greta Thunberg believes that the world is misplacing its attention. Speaking at a virtual Toronto International Film Festival (TIFF) discussion, she called celebrity culture “absurd” and wished people would pay more attention to climate change. She has a point. The reason she was at the Festival in the first place is that the biographical documentary I Am Greta, based on her life, was being shown there. Rather than the film being about her, wouldn’t it have been more useful to the public if it centered on environmental issues, with Thunberg as an interviewee?

That’s probably what she would have preferred, as she doesn’t seem to care about the worldwide attention she receives. “Instead of focusing on the climate and listening to the scientific message, people are instead listening to and talking about me and talking about wanting to take pictures with me,” she explained in the interview.

Instead of pressing her for selfies, maybe these people should have a conversation with her about climate change. After all, she’s just a 17-year old kid who cares about the future of our planet. But should kids have to even speak up in the first place?

Greta Thunberg – It Never Should Have Came to This

Fellow teen activist Autumn Peltier doesn’t think so. The TIFF is also screening her biographical documentary The Water Walker, directed by James Burns. “I find it’s a lot stronger when the message is coming from a child because children shouldn’t be having to speak up on these types of issues,” Peltier said. Her message – the importance of clean water – clearly has resonated with people, as it took off online and brought her international fame. She even lobbied the United Nations to take her campaign seriously, telling them to “warrior up.” What does it say about the current state of affairs that a 15-year-old feels the need to pressure adult world leaders to do their jobs correctly?

Should We Change the Term to ‘Rapid Destructive Climate Change’?

The same applies to Thunberg. On one hand, her accomplishments are nothing short of remarkable, as the documentary shows. According to Etan Vlessing from The Hollywood Reporter, “(Director Nathan) Grossman’s film captures the Sweden native gaining a media spotlight for skipping school to protest in front of her country’s Parliament, on her way to eventually addressing the UN in a viral speech that criticized world leaders for not doing enough to reverse the environmental crisis.” It’s inspiring and encouraging that young people such as Thunberg and Peltier are so invested in crucial issues. But they should not have to beg world leaders to take climate change seriously.

Recently, California’s Secretary for National Resources Wade Crawfoot spoke with President Donald Trump. In the wake of the state’s recent wildfires, which have destroyed air quality along with thousands of homes, Crawfoot explained how vital it is that the federal government work with the state to reverse the effects of climate change. He cited a world record-breaking 130- degree temperature in Death Valley, as well as the greater LA area seeing over 120-degree days. Trump replied, “it’ll get cooler, you just watch.” After Crawfoot said “I wish science agreed with you,” Trump said, “I don’t think science knows actually.”

Is Climate Change a Serious Issue or Not a Worry? What do People in America think?

This exchange is a perfect example of why teens feel the need to be activists nowadays. Rather than worry about homework and what they’re going to wear to prom, they have to worry about people in power not caring about the welfare of planet Earth. In fact, high schools in the U.S. probably won’t have prom this year because the current administration did not take the COVID-19 pandemic seriously. Unfortunately, young people are the ones that have to undo the destruction that previous generations have caused to the environment. Only time will tell if they succeed.

It’s easy to be upset about the state of the world nowadays, but Thunberg pointed out that the way other countries have dealt with the pandemic shows how people can fight a crisis if they work together. “It’s hopeful because it shows we can really change and we are,” she said in the TIFF interview. Take Taiwan and Tanzania, for example. As of September 23, they have two cases and one case per 100,000 people respectively, according to the Johns Hopkins University Center for Systems Science and Engineering. In comparison, the U.S. has 2,108. This shows that some countries have done well with managing the spread of the virus. If they can do that, they can work together to fight climate change.

At the end of the day, the future of humanity is what we should be concerned about, not celebrity stories. It’s impressive that Thunberg was TIME Magazine’s youngest ever Person of the Year in 2019, but will that matter if the Earth becomes damaged beyond repair? That’s why we can’t get caught up in idealizing Thunberg herself; we have to support what she stands for. Climate change will only improve if we work together as a collective to pressure those in power, the same way Thunberg and Peltier have. Thunberg said in the interview “this cannot be left to individuals. It’s too much responsibility for people like us, like me and Autumn, and he (Grossman) shows (in I Am Greta) so much responsibility is being put on the children.”

How can you or I take some of that responsibility off their shoulders? One way is by voting for politicians who at the very least take the crisis seriously, and show a willingness to institute environmentally friendly policies. It’s not a magic trick, but it’s a start. Undoing decades of damage will not be a quick process, but it’s one worth undertaking for our own sake and for generations to come.