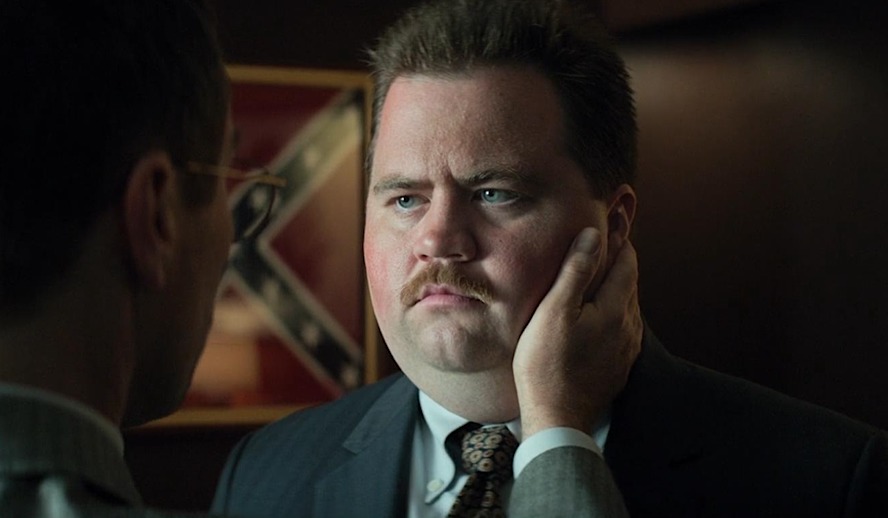 2019 was a fantastic year for movies. The Lighthouse, Parasite, and Joker were some of my favorites, in addition to several others. So many good movies that came out that I couldn’t get around to all of them immediately. One of the ones that I didn’t see right away was Richard Jewell. The latest entry in director Clint Eastwood’s massive filmography flew relatively under the radar, with a modest $43.7 million box office return. That pales in comparison to Joker’s $1.074 billion figure, for example. However, the fanfare isn’t always indicative of quality. Some films slip through the cracks, and this is one of them.

The movie is based on a true story, with Paul Walter Hauser playing the titular character in a knockout performance. It follows Jewell’s life as a security guard, who accidentally discovered a bomb planted in Atlanta during the 1996 Summer Olympics, and made sure people evacuated before it exploded. He saved lives, but his effort backfired, as the FBI named him the primary suspect in the bombing.

Richard Jewell – The Story is Infuriating

This is one of those movies that makes you want to scream at the TV. It’s a visual account of how ridiculous it was to treat him like the enemy when he was really the hero. Naming him a suspect was one thing, but the media demonized him as if they knew for sure that he was guilty. One of the main culprits was journalist Kathy Scruggs, played by Olivia Wilde. She traded sex for intel from FBI agent Tom Shaw, played by Jon Hamm. She then broke the story for the Atlanta Journal-Constitution (AJC) that Jewell was the primary suspect, and the media officially had its scapegoat.

However, it is fair to wonder if the film took some dramatic license. The AJC has denied that Scruggs ever traded sex for information, and called the film’s depiction of her “unfair and offensive.” Scruggs is unfortunately no longer around to defend herself, as she died in 2001. We will probably never truly know what happened behind the scenes, but the fact remains that the media traumatized Jewell and his family for doing the right thing. It’s a heartbreaking example of corrupt law enforcement combined with unfair journalism.

Let’s Talk More About the Journalism

My least favorite aspect of journalism is when news outlets obsess over being the quickest to break a story rather than being the most accurate. It wasn’t until much later in the film when Scruggs and Shaw both figured out that it was impossible for Jewell to be the culprit, based on factors such as the amount of time it would have taken to both phone-in the bomb threat and detonate the bomb. As Jewell’s lawyer Watson Bryant discovered earlier in the film, the phone and bomb location were too far away from each other for someone to do both things in a short amount of time. Jewell phoned in the threat shortly before detonation, so he couldn’t have been guilty.

That should have been confirmed before any story on Jewell was written. But instead, Scruggs was obsessed with getting a story out and ran with any information she could get. Yes, maybe your story will get attention immediately, but how will it be remembered in the long run? Accuracy and honesty are what will ultimately be appreciated. It’s not only about doing your job correctly; it’s about morals. How could you tear down someone’s reputation based on police speculation rather than concrete facts? It’s not right.

The Power of the Press – for Better or Worse

Richard Jewell will have you feeling sympathetic, angry, and always interested. There’s something about true stories that always pulls you in, even if some aspects of them are slightly exaggerated. It’s an educational experience about an embarrassing moment in history for the Justice System and the media, and a tragic one for a security guard who was just trying to do his job. “The Justice Department admitted some fault in how federal agents handled the investigation into Jewell — specifically an early interview in which officials intentionally misled Jewell to ask him questions about the bombing. Their interrogation, agents told him, would be used for a training video” according to Nancy Coleman of the New York Times. It’s astonishing the lengths these people were willing to go to just to put a face to a crime.

At least the Justice Department admitted to messing up. The AJC could learn from it. Instead of admitting that Scruggs jumped the gun with her story, it focused on the way the movie portrayed her and how it reflected on them as a publication. “Such a portrayal makes it appear that the AJC sexually exploited its staff and/or that it facilitated or condoned offering sexual gratification to sources in exchange for stories. That is entirely false and malicious, and it is extremely defamatory and damaging,” they said in a letter sent to Warner Bros. and Eastwood.

Why not acknowledge that your paper unfairly destroyed Jewell’s reputation for weeks before complaining about how a film portrays your former employee? How ironic is it for it to be angry about a story being told without evidence? At the end of the day, it’s about accountability and having a moral compass. This film shows the catastrophic consequences that result when people in high places lack those qualities.