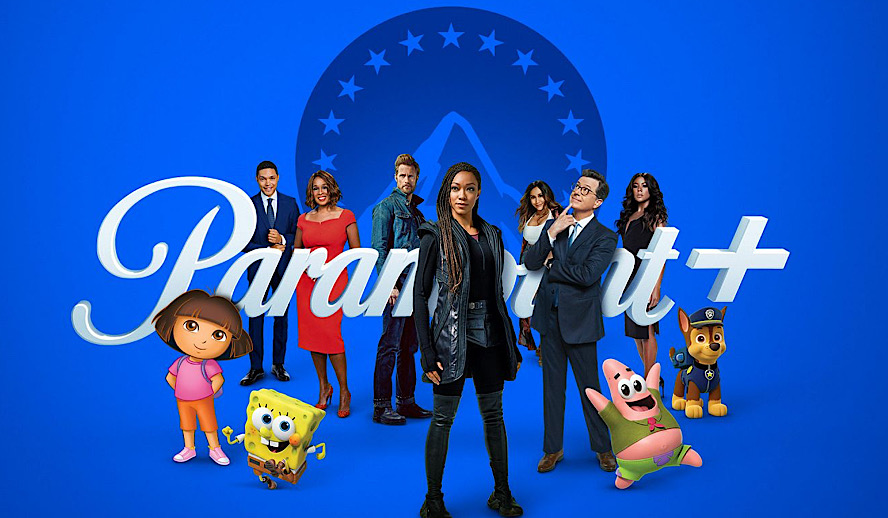 CBS All Access is a streaming service currently owned by ViacomCBS that was launched in 2014. The platform holds a subscriber count of eighteen-million, far below competitor Netflix’s subscriber count of two-hundred-million. In an attempt to up their numbers, ViacomCBS announced a rebranding of their service, CBS All Access, to Paramount+ in mid-January 2021. So what exactly accompanies this rebranding? And why are the executives catalyzing this change in the first place?

Related article: A Case for 2020: Reasons Why The Worst Year in Recent History Wasn’t Too Bad

ViacomCBS’ Reasoning Behind the Rebranding

The most obvious answer is to raise their subscriber count, but ViacomCBS is taking an original approach to increasing their audience. Firstly, CBS All Access is only offered in the United States, Canada, and Australia (as 10 All Access). The rebranding of Paramount+ is a disguised attempt to incur more subscribers globally. For this reason, Paramount+ will launch on March 4th, 2021 in the US as well as parts of Latin America, where CBS All Access is currently inaccessible. It will reach Nordic countries on March 25th, 2021 and Australia will be able to access the service in mid-2021, though an official release date has not been revealed yet. In Canada, CBS All Access will be rebranded as Paramount+ on March 4th, but the name change will not follow an expanded content library, instead, the option to upgrade will be released later in the year. Clearly, this rebranding effort is an attempt to reach a larger, global audience in the hope of upping the overall subscriber count.

The CEO of ViacomCBS, Robert Bakish, also stated that the rebranding is, in part, an effort to capitalize on the name recognition of Paramount Studios. The company feels that Paramount has more brand recognition, particularly in regards to global audiences, than CBS does. Lastly, the rebranding also helps to shift the focus of ViacomCBS towards producing more original content, similarly to top competitors such as Netflix and HBOMax.

So let’s talk about content on this new platform and the ways that ViacomCBS is looking to use its library as an advertising tool to attract more subscribers. Currently, CBS All Access boasts a collection of twenty-thousand films and television episodes. With the rebranding, more content will be added to the platform in hopes of upping the number of titles available to around thirty-thousand. One unique thing about CBS All Access, and presumably Paramount+, is their merging of live television with a content library. For example, the streaming platform currently offers NFL, live sports, live streams, and news content in addition to preselected titles available at any time. The diversity of content, especially sports content, is attractive to many viewers, especially those who are stuck on cable tv because of its sports broadcasting. Financial analysts even agree that the variety of content offered will surely make Paramount+ competitive from its launch.

ViacomCBS already owns many subsidiary channels, such as BET, Nickelodeon, MTV, and Comedy Central. The existing audiences that these channels bring may help to give an edge to the platform’s success, especially Nickelodeon. For many years, Disney Channel and Nickelodeon competed to produce content directly for kids and pre-teens, but with the launch of Disney+ in 2020, this competition has moved from network television to the streaming wars. There are not many streaming services dedicated to children’s content beyond Disney+, as it is difficult to offer a streaming service with such a narrow focus.

The specificity alienates a large chunk of the potential audience right from the start. Even though Netflix offers a “Kids” setting for children to browse content, the main portion of its budget goes to creating original, adult series and films. Nickelodeon already has an established audience, one that allows the company, similarly to Disney, to capitalize on nostalgia while targeting new, young viewers. This makes Nickelodeon a competitive commodity within the world of streaming services, so it’ll be interesting to see how ViacomCBS chooses to advertise the network’s shows on Paramount+.

Other channels, such as Comedy Central and MTV also have a pre-established audience, which can be instrumental in attracting new subscribers with pre-existing ties to certain content. Beyond this, ViacomCBS owns the streaming services PlutoTV and Showtime. The former holds an impressive subscriber count of just below thirty-million. Multiple streaming services under the same corporation presents an interesting duality for the parent company. It seems difficult to manage two different streaming platforms under one roof without turning them into competitors. A more sustainable business practice might be to eventually combine all ViacomCBS streaming services into one monthly subscription or one singular service with a vast variety of titles. Either way, it will be interesting to see how ViacomCBS coordinates the development of their different platforms.

Though the price of the new streaming service has not yet been announced, these details along with others concerning new titles on Paramount+ will be released on February 24th, 2021 at a ViacomCBS virtual investor meeting. The meeting will follow the Q4 earnings announcement and the financial review of 2020 as a whole, so it will surely be interesting to see how the company has progressed overall following their rebranding announcement.

As for specific titles that Paramount+ has already announced, you can expect to see ‘The Offer’, a miniseries revolving around the making of ‘The Godfather’ films, ‘Lioness’, a spy drama series created by Taylor Sheridan and Jill Wagner, as well as a ‘Spongebob Squarepants’ spin-off titled ‘Kamp Koral’ that follows the infamous sea sponge during his early years.

Ultimately, Paramount+ is just another streaming service to add to your Roku. It will hopefully include a variety of titles and open up accessibility to global audiences. For those in the United States, the streaming wars represent a turning point in how we consume media, and, for many, it can be difficult to sift through countless platforms to find the best fit.

Overall, it comes down to the individual and the content that they prioritize watching. In regards to Paramount+, it’s certainly attractive for viewers who enjoy live sports and news, but also want access to a library of diverse content to watch with family and friends. It will be interesting to see the full details concerning the release on February 24th as well, hopefully, the announcements made at the meeting can give us more insight into how exactly ViacomCBS plans to make Paramount+ competitive in the world of streaming services.