The 8 Paul Thomas Anderson Movies, Ranked – ‘Boogie Nights’, ‘There Will Be Blood’ & More 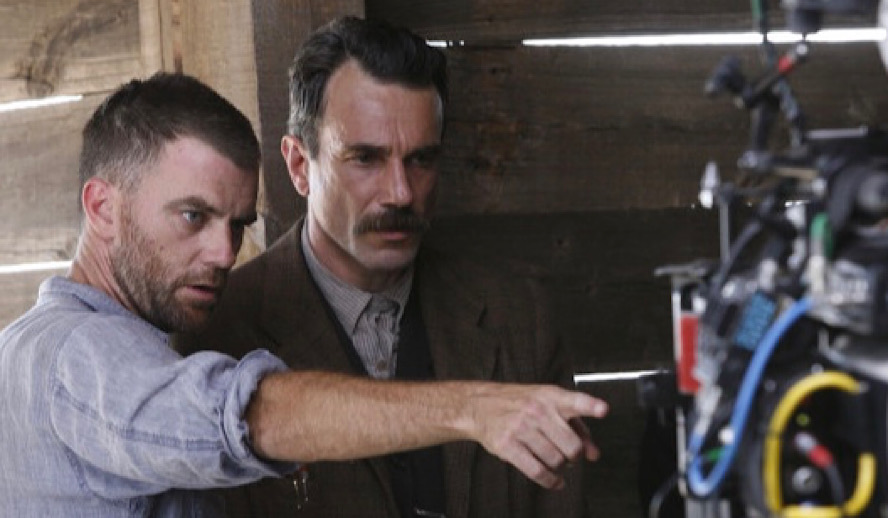 Photo/Video: Paul Thomas Anderson and Daniel Day-Lewis on the set of ‘There Will Be Blood’/Hollywood Insider YouTube Channel/Photo by Paramount/Vantage/Kobal/REX/Shutterstock

If you’re into movies, then you know who Paul Thomas Anderson is. If you’re a more casual fan who’s not super well-versed with directors and their catalogs, then he’s one of the first names you should research. Many people hail him as the greatest American director working today, up there on the Mount Rushmore of filmmakers like Stanley Kubrick and Martin Scorsese. It’s high praise, but it’s also warranted. He’s only made eight films in three decades, but they all range from good to spectacular. There aren’t too many directors who can boast such a perfect resume.

Related article: Director’s Cuts and Alternate Endings: List of Films Made Better By It

Anderson didn’t get widespread critical acclaim until he released Boogie Nights (1997) the year after, but Hard Eight is a hidden gem. Samuel L. Jackson, Gwyneth Paltrow, and especially Philip Baker Hall all turn in attention-grabbing performances. Hall’s character, Sydney, steals the show, but the movie is still entertaining as a whole.

A mixture of subplots that combine into one larger plot, Magnolia will have your head spinning. The three-hour epic will demand a long attention span, but it’s worth it. Once you see how all the smaller stories connect to form the larger story, it’s indescribably satisfying. It’s like solving a puzzle, but more fun.

The fact that this is my sixth-favorite Anderson film says a lot about his talent. Inherent Vice is a hazy, psychedelic adventure that will simultaneously have you dying from laughter and also trying to figure out what’s happening. Part of the confusion is due to the incompetence of the stoner detective Doc Sportiello (Joaquin Phoenix), who barely even knows the details of the case he’s studying. But that’s what makes it so fun – you figure it out along with him.

This was acting legend Daniel-Day Lewis’s last film before retiring. It’s sad that we won’t get to see him in any new movies, but he certainly went out with a bang in this one. He played English dressmaker Reynolds Woodcock, a quirky man that is obsessed with his work. He meets a waitress named Alma (Vicky Krieps) and they hit it off. Their dynamic is full of highs and lows, and Reynolds has plenty of unsavory moments. His stubbornness made me want to slap him sometimes, but his passion for his work still makes him a likable character. Pair that with a knockout performance from Lesley Manville, who plays his sister Cyril, and this is a thoroughly intriguing film from start to finish.

The Master isn’t Anderson’s best movie, but it’s his most conceptually fascinating work. This is the type of movie where you might not be entirely sure what’s going on, but it’s captivating anyway. The late great Philip Seymour Hoffman plays Lancaster Dodd, a shady cult leader who could either be a genius or complete fraud. Joaquin Phoenix is Freddie Quell, a drunk and lonely war vet looking for guidance. The relationship between the two men is constantly evolving, as Lancaster slowly converts Freddie into believing in “the Cause.” It’s a philosophical study on human behavior: what causes trauma and mental illness, and how can people recover? Is Lancaster on to something with his radical beliefs (is it possible that therapy can cure leukemia)? The film won’t give you a concrete answer, and that’s the beauty of it. There aren’t any right answers, only interesting ones.

You think Howard in Uncut Gems (2019) is Adam Sandler’s only notable dramatic role? Think again. Sandler’s Barry Egan is an odd, but likable, salesman who has a lot coming at him from multiple angles. His seven sisters are constantly giving him headaches, and he doesn’t have many friends outside of them. Barry is the type of character that is unintentionally funny, as his many mistakes lead him into some ridiculous situations. Still, you can’t help but root for the guy.

Punch-Drunk Love is ninety minutes of beautiful chaos. I found myself tearing up at the end due to the sheer relatability of the story. No spoilers, but through all of Barry’s struggles, he realizes how important it is to make sacrifices for those he loves. One of the most beautiful endings I’ve seen in quite some time.

Easily one of the most fun movies ever. Mark Wahlberg became a household name after playing Dirk Diggler, a prolific pornstar who has a delicious rise-fall-redemption arc. The character development in this film is flawless, with Dirk and company all having sufficient screen time to show off their personalities. There are some elements of Scorsese’s Goodfellas (1990), namely showing people that work in what is widely seen as an immoral industry indulging themselves in sex and drugs. However, this is far from a rip-off of anyone’s style. Anderson wears his influences on his sleeves, but he still has his own style.

Anderson’s magnum opus. This is one of the best movies I’ve ever seen, and I probably haven’t even uncovered all of its layers yet. Day-Lewis is explosive as oil-driller Daniel Plainview, who is intimidating, greedy, and downright menacing at times. He sees oil as the key to get what he wants: money, power, and land. The cat-and-mouse battle between him and preacher Eli Sunday (Paul Dano) culminates in one of the craziest ending sequences you’ll ever see. I can still hear Plainview screaming about his milkshake, and it gives me chills.