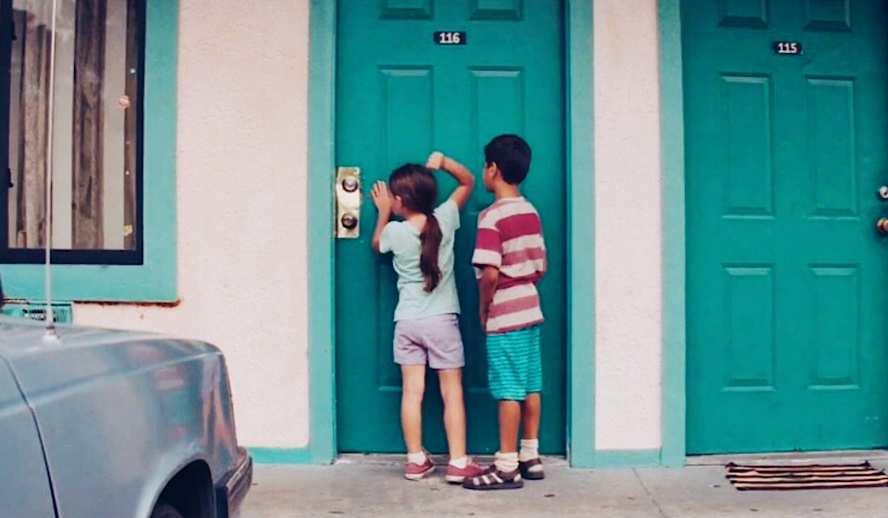 The Criticism of the “American way”

It probably wouldn’t be very far-fetched to conclude that the worldwide perception of 21st century Hollywood and American Cinema is that it does not love making its films about poverty and the struggles of impoverished people.

More than 80 years have passed since “City Lights” and “Grapes of Wrath” and the times when poverty was an important and recurring theme in American culture and the narratives created by the likes of Theodore Dreiser and John Steinbeck constantly found their way in the spotlight. Since then, Hollywood has made just a handful of films that covered the theme of poverty while making countless movies touching poverty, usually as the start-up place for the protagonist. Indeed, touching might serve as the crucial word here as we’ve heard plenty of criticism of the American way of depicting poverty and impoverished people – always from a palpable distance, often loaded with stereotypes and myths, and always shown as something to be ashamed of, a consequence of very bad luck or just a momentary flash of such an extreme state that its comical – all in all much like touching something alien and disgusting with a ten-foot pole.

Related article: Was The Blockbuster Movie ‘300’ Political Satire In Disguise?

And possibly for that reason, when people talk about understanding poverty in modern Cinema, they usually point at the other side of the Atlantic or the Pacific Ocean – to the very British socialist realism of Ken Loach, to the heart-burning humanity of “Capernaum”, to the cruel & unforgiving environments of Zvyagintsev, or to the recent acclaim of Japanese “Shoplifters” and South Korean “Parasite”. It’s hard to argue that when it comes to Hollywood in that context, most movie geeks believe that the power of American Cinema lies elsewhere.

What Actually is the “American way”?

And indeed, who can carve a good old rags-to-riches story better than Hollywood. There have been hundreds (maybe thousands) of stories under that same narrative that have seen the light of day, some are brilliant while others are mediocre. The fable of final success might be more omnipresent in American film than the iconic “happy end” – you certainly might see the protagonist die, switch to the dark side, reach or fail his/her ultimate mission but you will never see the character stay poor unless its somehow implied that he/she deserves that as some kind of punishment and even then, it happens not to the protagonist but usually to some secondary characters. When you see the character struggle with poverty and financial hardships at the beginning of the movie, it immediately works like Chekhov’s Gun – you are subconsciously sure that whatever hardships the character may face, the poverty will be defeated in the end – because if not, what’s the actual story then, eh?

From the very birth of Hollywood and even more so in the 21st century, American Cinema is all about the idea that dedication, hard work, and moral decisions are what you need to reach success, or at least to escape poverty and suffering. If there is one thing that it preaches, it’s that the road ahead will not be easy but through the tyranny of will and humanity it will be rewarding in the end, the character will get its one-in-a-million chance after all, and all depends on how he/she uses it. In “Pursuit of happiness” we struggle together with Chris Gardner but we do know that finally he and his son will escape their dire situation. In “Beasts of the Southern Wild”, we got Hushpuppy’s back when she finally confronts the aurochs and turns them away, and we know that she will win against all odds because that’s the very fabric of what most American movies are made of – the Slumdog Millionaire story of reaching the American dream through self-motivation and obstinacy – where the perseverance of the character becomes its very own plot armor which guards the protagonist against final failure.

And no wonder the distance of that formula from the actual reality of life has frequently become the main foundation of criticism mentioned above.

What Makes ‘The Florida Project’ Different In A Beautiful Way

The exceptional & innocent beauty of “The Florida Project” is that it lures you with the very same Hollywood formula but at the same time hits the unsuspecting viewer with such an in-depth angle of reality that you might question yourself whether you watched a documentary or fiction when you are done. The film follows a group of young children led by 6-year old Moonee (wonderful Brooklynn Prince) whose families live and try to survive in neighboring cheap motels close to Disney World, one of which is ironically called “Magic Castle”. As the film mostly guides us in this world through the eyes of children, the high-saturated 35 mm film shots give viewers a chance to see the grim world from a child’s perspective – in more vibrant and joyful colors, loaded with paths to adventures and mystery.

And it is obvious that Disney World, “the happiest place on earth” is just a stone’s throw from the world where the characters live, but no matter the short distance, it’s out of their reach and their reality, and all they have is the shabby imitation of that world that is “Magic Castle”. The inhabitants of the motel struggle on the verge of homelessness and every week’s rent and day’s meal is a pressing issue, but they do try to prolong the innocent childhood of their kids as long as they can. As a viewer, you follow the chaotic microcosm of outcasts and people on the verge of finally falling apart maintained by a couple of firm, calming personalities like manager Bobby Hicks (Willem Dafoe), who is clearly protective of the unpredictable people of the motel – especially when it comes to the children.

And as we continue to observe the lives of the characters at the “Magic Castle” going on a downward spiral through the innocent point of view of their children, it is also characters like Bobby that give us the luxury to neglect the rising feeling of alarm, as we observe things getting worse and worse, and questions as to how all this can be fixed begin to multiply. The belief that there must be a plot armor is subconscious as we have been lured into what we believe is an American way of telling a poverty story – so someone or something will not let the lives of these people slide out of view. So could it be Bobby as the hero, or Halley making the right decisions finally, or, maybe, Ashley forgiving and reaching out with a helping hand? – Because any of that should be sufficient to finally make things right. But it is obvious that none of their efforts, even combined, can do anything against the harsh reality of the life and environment they live in.

And only in that last, truly magically crafted scene (most of it shot on an iPhone) the façade we have been lured into is completely washed away and we see two most innocent characters, Moonee and Jansey, left alone against the cruel reality of their lives, with no one but each other to help them out. The moment when Jansey takes Moonee’s hand and they run away to Disney World is both their’s and the viewer’s last, childish attempt to apply for a magical twist, a Hollywood way to get out of the misery and despair, but as we follow the kids in the crowd we are already well aware what happens after – the carefree childhood is over and it is time to face the dark reality of life.