Forget Reboots and Remakes, 2020 is Shaping Up to Be an Exciting Year for Independent Films! 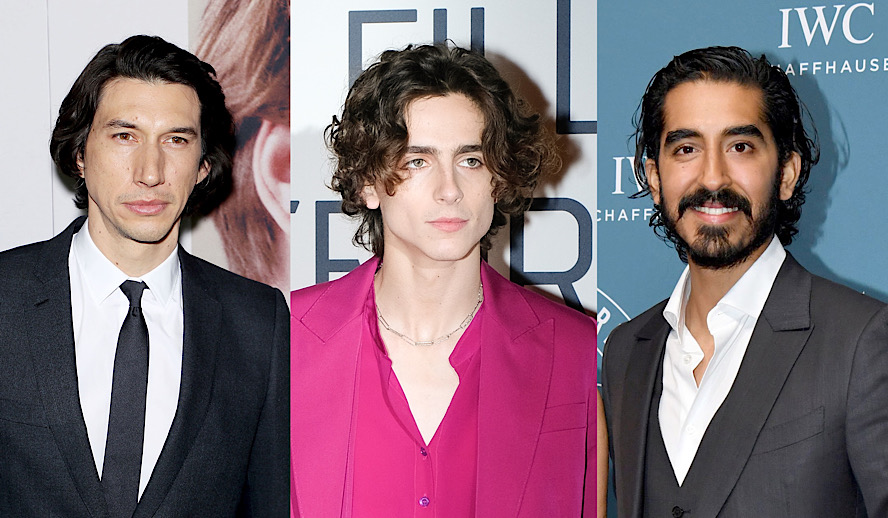 These are in no particular order, by the way.

Annette. This should come as no surprise. This comes from the strange mind of Leos Carax, who brought us Holy Motors in 2012.  He is a very unique and original director who should have the opportunity to make more movies.  Unfortunately, producers turn him down because his ideas are so out there!  The plot follows Adam Driver, who is a failing comedian, and his wife who is an opera singer, and their two year old daughter who has powers.  Tell me that isn’t weird and exciting.  Also, I am a huge Adam Driver fan, who not only brings such nuance and emotion to his characters, but can sing! After Marriage Story, I am more than excited to see an entire musical with him!

The French Dispatch.  Wes Anderson is finally making his return to live action this summer with an all-star cast that includes Saoirse Ronan, Timothee Chamolet, Bill Murray, Benicio Del Toro, Tilda Swinton, Adrien Brody, plus more! I missed him so much after the hilarious yet sorrowful The Grand Budapest Hotel, and I can only hope he can make a film in the same style.  Described as a “love letter to journalists”, the film is set in the 20th century fictional city of Enni-Sur Blase and is centered on a series of New Yorker-style stories in made-up newspaper, The French Dispatch.  The world of Anderson is always one that is colorful, artfully-constructed, and full of fun and whimsey.  No doubt this will be just a good time at the theater.

Related Article: Is Disney Ready To Explicitly Apologize For 90+ Years Of Racism? Thankfully, They Are Trying To Correct Their Past Mistakes

​Independent Film 3: Fincher Returns to Theaters for the First Time in 6 Years With a Long-Held Passion Project from his Father

Mank.  David Fincher, one of my favorite directors, is finally returning to the big screen after creating Mindhunter and Love, Death, & Robots for Netflix.  Mank is a semi-autobiographical film about Herman Mankeiwicz and his legal battles with Orson Wells over Citizen Kane.  If this seems a little out of the blue from Fincher’s usual dark and twisted tales, it is because he pursued this story more so out of passion. Fincher had based the script on one that his father had written years ago, he even casted Gary Oldman in the lead role as his father imagined. It is clear to see that this is a project full of passion, love and he will do this story justice.  However, this will not just be a retelling of the legal battles and struggles, as Fincher noted that Wells had drug issues that may be highlighted in his film.  If we remember anything about the Social Network, Fincher can make this not only exciting, but maybe even dark or relatable.

​Independent Film 4: Netflix is Becoming the Defender of Cinema. What a Twist.

I’m Thinking of Ending Things.  Based off of the book of the same name, Charlie Kaufman is set (Eternal Sunshine of the Spotless Mind) takes a crack at adapting this psycho-thriller novel with Netflix.  In the film, the main character’s relationship has already ended in her mind, however she continues to stalk and follow her boyfriend through the snowy night.  Kaufman also arranged a fantastic cast that includes Toni Collette (who needs no introduction at this point), and as we have seen in Hereditary, can shine in a horror role.   As I’ve seen bits and pieces of the novel, I’ve become more intrigued with the film, as it is told from the girlfriend’s perspective.  Clearly as the film progresses, she will become more unstable and unreliable, which will be fun to watch.

Related article: Will The Diversity In Victory Of Last Year’s Oscars 2019 – 91st Academy Award Winners Ever Be Repeated?

Da 5 Bloods. Another film from one of my favorite directors, Spike Lee.  This time he is partnering with Netflix to make a film centered around the redemption of Vietnam war veterans.  Four veterans come home to the news that their friend (Chadwick Boseman) had been killed in action in Ho Chi Minh City, and the rest of the friends must struggle and reconcile with their actions in the war.  There are not many stories that cover the internal struggles of veterans and how they must cope with not only the repercussions of their actions, but reintegrating into society, so I am very happy Spike Lee is delving into this.  Looking forward to it.

The Green Knight.  This story has a special place in my heart for the sole reason that I am an English major.  Dev Patel (Slum Dog Millionaire) plays the role of the famous Sir Gawain from the Arthurian legend of “The Knights of the Round Table”.  This will be the third time that the story is adapted, the last time being in 1984’s “Sword of the Valiant”, where Sean Connery played the titular character.  If you are not familiar with the plot, the story goes that the Sir Gawain challenges to behead the Green Knight, avoids the repercussions of having to receive a blow to the neck in return to prove his loyalty to the king.  Besides who wouldn’t want to see a medieval fantasy epic from the director that brought us A Ghost Story?  With A24 releasing the original hit after hit, I am all on board for this.

Oh what a brilliant time for independent cinema! Rejoice!