Steven Spielberg’s ‘West Side Story’: What to Expect From the Legendary Director’s Revision 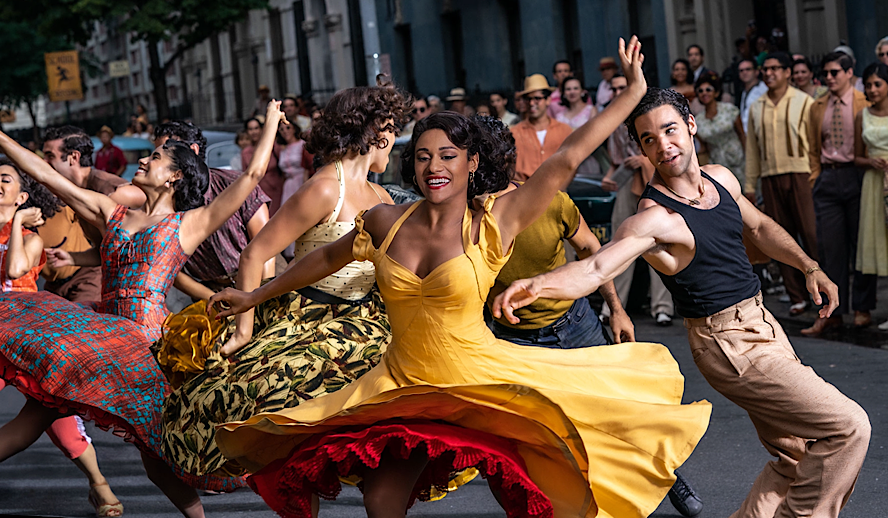 From Jaws to Jets

Very few directors have a filmography as impressive as Steven Spielberg. He began his mainstream big-screen presence by directing Jaws, which became an instant classic. He has directed classic adventure films like Raiders of the Lost Ark, E.T. the Extra-Terrestrial, and Jurassic Park. These films are household names, and their success has ensured that Steven Spielberg himself is also a household name. “Spielberg” has become synonymous with Hollywood directors.

Later in his career, Spielberg went on to direct more serious dramatic films, including such stand-outs as Schindler’s List, Amistad, and Saving Private Ryan. With each film release regarded as a potential magnum opus, Spielberg repeatedly surprised audiences with a new film that was more compelling and engaging than the last.

Spielberg’s most recent film, 2018’s Ready Player One, was something of a return-to-form for the legendary director. A fun sci-fi adventure film that took inspiration from countless pop-culture sources, specifically video games and films, it was a far cry from his recent live-action ventures.

A Jet All the Way

Steven Spielberg’s next film promises to be yet another change of pace, as he intends to adapt a classic Broadway musical. Releasing at the end of this year, West Side Story will be the latest adaptation of the 1957 production.

West Side Story, a musical with a book written by Arthur Laurents, lyrics by Stephen Sondheim, and music written by Leonard Bernstein, first hit Broadway in 1957. It is heavily inspired by William Shakespeare’s Romeo and Juliet, acting as a modern retelling of that classic tragedy.

Adapting a Masterpiece – ‘West Side Story’

Despite being iconic and prolific in the world of theatre, West Side Story has only been adapted to the big screen once. A film adaptation was released in 1961, directed by Robert Wise and Jerome Robbins and starring Natalie Wood and Richard Beymer. Wise and Robbins both had experience with musical theatre, with Wise also directing The Sound of Music and Robbin having a long list of stage productions including Peter Pan and Fiddler on the Roof.

Wise and Robbins’ West Side Story was a massive success, becoming the highest-grossing musical film of all time until it was surpassed by 1964’s Mary Poppins. Perhaps due to that massive success, the show has never again been adapted to the screen in more than half a century. West Side Story is sacred, and remaking such a masterpiece hasn’t been attempted by any director. That is, until this year.

While it has been almost sixty years since the last big-screen adaptation of West Side Story, Spielberg expressed his interest in the project as far back as 2014. Due to his exceptional pedigree, Fox was very open to a remake directed by the big-name director. Then, in 2017, screenwriter and frequent Spielberg collaborator Tony Kushner revealed that he was writing the script for the musical film. Kushner said that the film would not remake the 1961 Wise and Robbins film, but would instead “turn back to the original 1957 musical.”

Spielberg is a self-confessed West Side Story fanatic, as he told Page Six, “I absconded with it—this was the cast album from the 1957 Broadway musical—and just fell completely in love with it as a kid. ‘West Side Story’ has been that one haunting temptation that I have finally given in to.” So, in bringing the musical to life, he has made several bold and unique choices.

Casting the Jets and Sharks

In forming the production’s cast, Spielberg has taken from all walks of life. Ansel Elgort, known for recent star-making roles in The Fault in Our Stars and Baby Driver, is set to star as Tony. Elgort is also a singer, having released two singles titled “Thief” and “Supernova” over the last few years, which makes him well qualified for the role.

For Tony’s other half, however, Spielberg has looked somewhere less obvious. Rachel Zegler, who was announced in the role of Maria earlier this year, is a high school student who responded to the open casting call for the film. She has no on-screen experience, making West Side Story her film debut. While such an important and iconic role may be daunting for a first-time actress, Steven Spielberg does not have a history of miscasting his films.

20th Century Studios recently revealed some first-look photos of the film, which lets audiences know what to expect from Spielberg’s vision. The film looks bright, colorful and dynamic, with each picture layered with different colors. An image of Sharks dancing in the street, their dresses and jewelry swinging wildly, promises exciting dance choreography.

The characters’ clothing not only reflects the period, but also their stance in the Jets vs Sharks conflict. The Jets wear cool blues and grays, while the Sharks wear warm reds and browns. In one image, the two groups stand opposite each other at a school dance. In an image of Elgort’s Tony and Zegler’s Maria the two wear more neutral colors, Tony in a black jacket and Maria in a white shirt, to represent their union despite the two gangs.

Steven Spielberg’s West Side Story is still set to release in theatres on December 18th, 2020, despite coronavirus related delays that have affected most fo the industry. While a new adaptation of the classic story is bold, it appears to be a passion project for the legendary director. The retold story of the Jets and the Sharks is sure to thrill audiences this Winter.