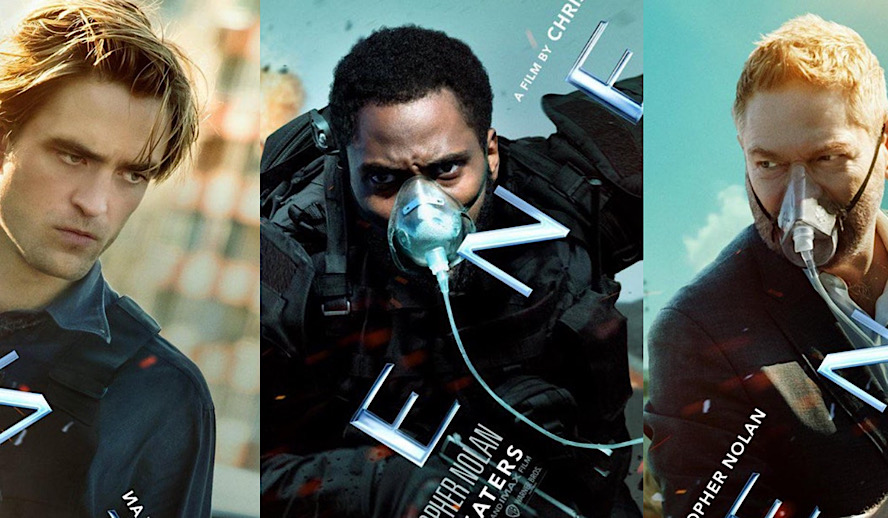 Tenet Box Office: Christopher Nolan’s new film Tenet has helped revitalize movie theaters across the world. In North America specifically, the film grossed about $20.2 million over the weekend after multiple delays due to the COVID-19 pandemic. This may not sound like much for a Hollywood blockbuster but keep in mind the current circumstances. Theaters were closed for months, and many people are still not comfortable with going to them for safety reasons. The fact that the film was able to gross even a fraction of what it normally would is still a major accomplishment.

According to Brooks Barnes from The New York Times, “David A. Gross, who runs Franchise Entertainment Research, a film consultancy, assessed the domestic turnout for ‘Tenet’ as ‘fair’…He estimated that ‘Tenet’ would have collected about $50 million over its first three days under normal circumstances.” This movie essentially tested the waters for how a major film release can do financially under society’s current circumstances. Considering the fact that all theaters are still closed in New York, New Mexico and North Carolina, this is nothing short of remarkable.

Tenet Box Office – Things are pointing up for movie theaters

According to Barnes, roughly 35 percent of United States cinemas remain closed. In addition to the three aforementioned states, many theaters are closed in “California and parts of Washington, Michigan and Oregon. That means more than 70 million Americans live in areas where government officials say that moviegoing remains too dangerous, even with theaters promoting a wide array of safety procedures: capacity limited to 50 percent or less, aggressive cleaning, masks required except when eating or drinking.” This means that even with all of the restrictions and concerns surrounding the virus, many fans are still leaving their house to go see the movie.

The thing is, Tenet isn’t the only blockbuster that theaters can rely on. Films such as Dune, The French Dispatch, and No Time to Die are all releasing in the immediate future. As more theaters open nationwide, more fans will be going to see the films they’ve been anticipating for months. While it may be a long time until audience turnouts are what they were before the pandemic, the situation is certainly not as bleak as it was just a few weeks ago. It’s safe to say that Hollywood and the movie theater industry have started making a comeback.

Tenet did even better overseas, where many countries have less COVID cases than the United States. According to Pamela McClintock from The Hollywood Reporter, “Tenet has earned $126 million through its first two weekends for an early global total of $146.2 million. In China, it grossed $30 million to come in No. 2 behind local Chinese war epic The Eight Hundred (some had thought Tenet might do more, but it is still Nolan’s biggest opening in the Middle Kingdom.)” The worldwide success of this film despite the pandemic goes to show how important it is not only to have a good advertisement campaign but to have big names associated with the film to draw more fans in.

The movie stars John David Washington (BlacKkKlansman) and Robert Pattinson (The Lighthouse), two actors that have significantly raised their profile over the last couple of years. Couple that with Christopher Nolan, who has directed box office smashes such as Inception and Dunkirk, and the stars aligned for a successful opening weekend and overall theatrical run. Also, don’t forget about the extra promotion from recording artist Travis Scott, who boasts 32.3 million followers on Instagram. His new single “The Plan” is a key part of the soundtrack and was included in the final trailer. All of these big names were crucial to the film’s success and bodes well for the other aforementioned major releases coming out. Zendaya and Timothee Chalamet will certainly draw fans to go see Dune, and the appeal of the James Bond franchise (No Time to Die) is obvious. Star power will never go out of style.

Why didn’t they just release it on streaming platforms?

In today’s streaming-dominated era, Warner Bros. and Nolan could have easily scrapped the theatrical release and made a deal with one of the many streaming platforms. This is what Disney did with Mulan recently, bypassing the U.S. theatrical release and immediately putting it on Disney Plus. How come Tenet didn’t receive the same fate? It’s a fair question to ask.

In addition to the financial benefits of opening the film in theaters, Nolan cherishes the theatrical experience. Back in March, he wrote an essay for the Washington Post urging people to support movie theaters despite the pandemic. “When this crisis passes, the need for collective human engagement, the need to live and love and laugh and cry together, will be more powerful than ever,” Nolan wrote. “The combination of that pent-up demand and the promise of new movies could boost local economies and contribute billions to our national economy. We don’t just owe it to the 150,000 workers of this great American industry to include them in those we help, we owe it to ourselves. We need what movies can offer us.” He also called theaters a “vital part of social life.”

Hollywood Insider’s CEO Pritan Ambroase supports Christopher Nolan’s stance and speaks of his own regard for movie theaters, “Tenet’s box office numbers prove that movie theaters matter and are a major part of our local and global culture. Each and every one of us has a very emotional connection to movie theaters, they are magical, and this is true across all languages, cultures, and borders. The experience of watching movies in movie theatres is an experience that cannot be replicated and it must be preserved for the value it provides to us all.”

Perhaps Nolan’s request worked. A global health crisis could have easily been the nail in the coffin for an already-declining movie theater industry. However, maybe people are tired of sitting at home and watching movies on their couch. Maybe, just maybe, the pandemic was a blessing in disguise for theaters everywhere. Once the virus is finally contained and dealt with, people might make an extra effort to leave their house for entertainment after such a long quarantine period. Tenet’s success is already an early example of that.

Clearly, there are still not as many people going to theaters as in past years. However, with the current upward trend in box office sales, it’s very possible that those numbers will rise back up to the norm within a few months. Of course, this depends on the pandemic not getting worse. But with more blockbuster films on the horizon, Tenet’s early success shows that movie theaters are not done yet. In fact, they might even experience a renaissance when the pandemic is all over.