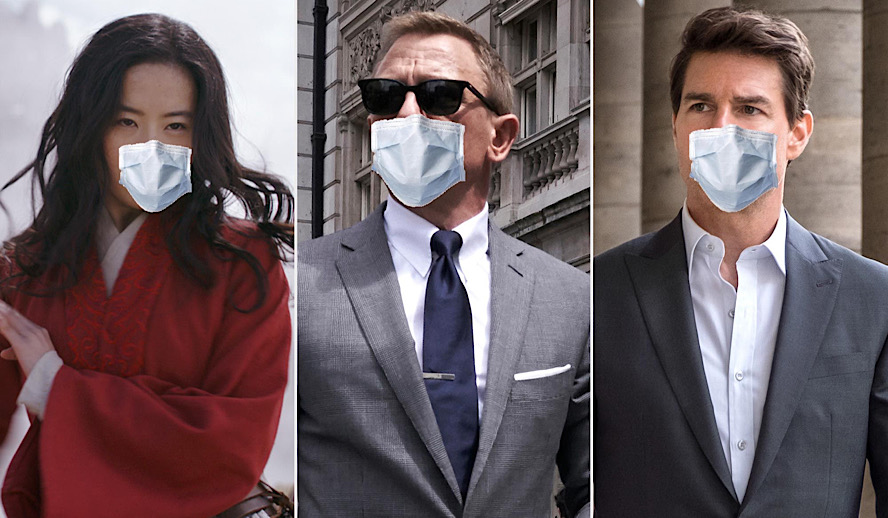 Headlines have recently been dominated by the coronavirus disease, which has reportedly spread to the United States after a fairly large outbreak in China.

The 2019 coronavirus disease, also known as COVID-19, is known to cause mild to severe illness, including some deaths. The current outbreak began in Wuhan of the Hubei Province in China, and has since spread to sixty international locations. China, Iran, Italy and Japan have experienced the most serious outbreaks, with community transmission of the disease. The United States has also experienced some cases, with 43 total cases and 2 confirmed deaths in the US.

Cancellations and Delays due to coronavirus

Word of the coronavirus’ spread has led to fear throughout the country, as citizens take measures to prevent the spread of the disease. This affects all aspects of life, and the entertainment industry has not been spared by the hysteria.

As people hope to avoid the transmission of the coronavirus, plans are being made to avoid the outbreak countries. The upcoming Netflix-produced heist film Red Notice, starring Dwayne Johnson, Gal Gadot and Ryan Reynolds, had planned to shoot scenes in Italy. However, Netflix is reportedly searching for a new filming location due to the recent outbreak of coronavirus in the aforementioned country, during which 1,694 people have contracted the virus and thirty-four have died.

Other films have also been forced to change their plans to shoot in Italy. Mission: Impossible 7, starring Tom Cruise, was forced to delay its plans for a three-week shoot in Venice, Italy due to the outbreak. Distributor Paramount Pictures explained that shooting would be delayed, “Out of an abundance of caution for the safety and well-being of our cast and crew, and efforts of the local Venetian government to halt public gatherings in response to the threat of coronavirus.” The filming in Italy would have been the first part of shooting for Mission: Impossible 7, leading to a delay for the entire production of the Tom Cruise thriller.

Filming is not the only part of the industry that is being affected by the coronavirus, either. Movie releases, the most glamorous and celebrated part of any film production, may also be delayed until the virus can be contained. Writers for MI6-HQ, the largest James Bond fan website on the internet, have asked producers Eon and distributors MGM and Universal to delay the premiere of the upcoming Bond film, No Time To Die.

The letter, titled No Time For Indecision and written by James Page and David Leigh, makes several arguments as to why the upcoming spy flick should not be released early next month. The appeal comes from two of the world’s biggest James Bond fans, with Page co-founding MI6 Confidential magazine and Leigh founding The James Bond Dossier.

The letter argues that releasing No Time To Die during an epidemic would be both morally irresponsible and fiscally unwise. Page and Leigh explain that the world premiere of the film, scheduled for March 31st at the Royal Albert Hall in London, is above the 5,000 person limit that affected countries are setting for public gatherings. “Just one person, who may not even show symptoms,” they write, “could infect the rest of the audience.”

Along with the fear of spreading the illness, it is also likely that the virus would seriously impact the box office performance of No Time To Die. Page and Leigh’s letter reads, “The Chinese box-office in January and February 2019 combined to $1.5b. The same period this year has netted just $3.9m – a 99.7% drop.”

Along with China, Italy has also experienced a massive box office drop in the time since the coronavirus outbreak. The past weekend of February 28th to March 1st saw a 75% decrease in revenue, compared to the same weekend one year ago. Italian theatres, half of which have been closed throughout the country, took in only $2.2 million for the entire weekend. Many film releases in the country, such as Blumhouse Productions’ The Invisible Man, have been delayed until after theatres are able to reopen.

While film productions, releases and box office pulls have been severely damaged by the coronavirus outbreak, not everything is being cancelled. CinemaCon, the largest gathering of movie theatre owners from more than 80 countries, has announced that they will not cancel the annual convention. The convention sees movie theatre owners gather at Caesar’s Palace in Las Vegas to attend conferences and view presentations of upcoming films by Disney, Warner Brothers and other big studios.

The COVID-19 coronavirus is an ongoing situation that is likely to worsen before it improves. All aspects of society, including entertainment, are being affected by the outbreak. However, many production companies are doing their part to prevent transmission, and it won’t be long until theatres around the world reopen their doors and light up their screens once more.