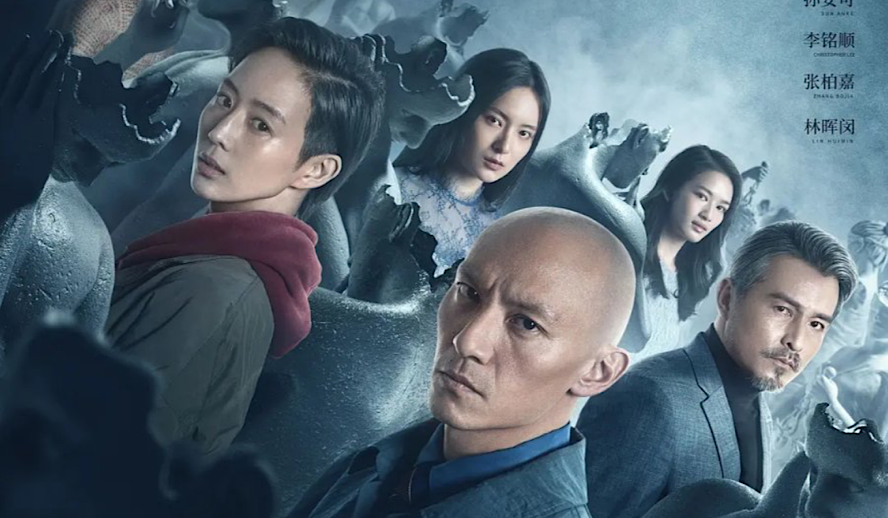 Didn’t See That One Coming

From writer and director Wei-Hao Cheng comes ‘The Soul’, or ‘Ji hun’, an adaptation of the novel of the same name written by Bo Jiang. Netflix’s ‘The Soul’ is one of the most intricate mysteries I have seen in a while. Set in the near future of 2032, the film follows Chen Chang’s character Liang Wen-Chao, a Taiwanese detective who was recently diagnosed with cancer, as he and his pregnant wife, Ah-Bao played by Janine Chung-Ning Chang, work together to solve a murder of a prominent CEO. This film really floored me — there is so much intricacy to its plot and its characters that it is clear to see the passion behind the film.

From the chilling opening sequence of the film to the jaw-dropping ending, the film took hold of me and my interest and refused to let it go. As soon as you as an audience member feel like you have a hold on what’s going on and where the story will go, Cheng throws another curveball at the plot. What astounded me, however, is that the film never once felt convoluted. With so many twists and turns, it would have been easy to slip into the absurd and unnecessary. However, the film finds a way to justify nearly all of its turning points with its characters and emotional overtones.

Everything — perhaps I’m getting carried away there as no film is perfect but as I pursued my notes of the film, I found finding significant flaws to be difficult. Starting with the performances, across the board. Chen Cheng, who will star in Denis Villeneuve’s ‘Dune’ later this year starring opposite superstars such as Zendaya, Oscar Isaac, and Timothée Chalamet, is excellent as our lead detective. His character is the most endearing and heartfelt in the entire film — his character arc is deeply emotional and Cheng pulls off that emotion with more than just his spoken words, his body language as the film progresses tells more about the character than any dialogue ever could.

The supporting cast is incredible — standout is Christopher Ming-Shun Lee who plays the mysterious Doctor Wan. Doctor Wan is a character that I thought was exceptionally well written and very sympathetic. Ming-Shun Lee embraces this sympathy in his performance, you can see the emotion in his eyes and without getting into spoilers, his role in the film requires a lot of nuanced emotion. The real star of the film, however, is Anke Sun playing Li Yan. It is difficult to find a place to begin for how incredible her performance is in this film. The film requires her to have such range and to go so many places with her character, it is truly a remarkable feat as to what she achieved in her performance. Anke Sun does more than just act from scene to scene, it is a transformation. Sun is a star in the making and deserves many more opportunities to shine in other roles after this film.

The script for this film is exceptionally well written. Similar to other murder mystery films such as Rian Johnson’s ‘Knives Out’, starring Daniel Craig, Ana De Armas, and Chris Evans, ‘The Soul’ plays with the tropes of the Agatha Christie whodunnit, specifically through its genre subversion. The film plays with the expectations of the viewer and the expectations that come along with the mystery genre. In doing this, the film sets itself up to twist the audience and its attention to different aspects of the story, making the reveals all the more potent and effective. The only gripe I would have with the film would be that after all the dust settles, there are still a few questions I had that felt unresolved.

However, with such care given to the rest of the film, it seems uncharacteristic of the filmmakers to leave things uncared for. The film trusts its audience immensely throwing information at the viewer quickly and concisely similar to Christopher Nolan’s latest film, ‘Tenet’ starring John David Washington and Robert Pattinson. Similar to ‘Tenet’, if you are not paying attention you will miss something and it’s possible that I did and that is the reason some of my questions were left unanswered — a second watch for this film is recommended for those interested in fully appreciating the story.

‘The Soul’ – A Film Made By Passionate Filmmakers

Technically this film excels beyond anything one could expect. The cinematography of Taiwan is beautiful and unique. The camera movement in the film is fluid and keeps one engaged with each scene. There is a shot involving an interrogation room mirror that impressed me, giving me the same “how did they achieve that?” feeling that Sam Mendes’ ‘1917’ did. The direction is also exceptional — what Cheng decides to show audiences and when adds to the suspense of the scene, progression of the story, and the emotion of the film. In the film, there are scenes that we see multiple times from different perspectives that give different effects not just by their content, but by the position of the camera.

There is a wonderful attention to detail when it comes to visual storytelling — many times reveals are given through images on screen that are alluded to through the camera movement. The locations of the film are beautiful as well — from the lush countryside to the bustling futuristic cities, the film is really a love letter to Taiwan. The sound design of the film heightens the intensity of many scenes. The music choices are also very effective, the score of the film is very unique and feels culturally authentic to the filmmakers.

‘The Soul’, or ‘Jin hun’, is one of the best films of the year so far in 2021 and is an expertly crafted, deeply emotional rollercoaster. From the expert performances to the unique, sweeping cinematography there is not much to take issue with within the film. While it does throw a lot of information at the viewer very quickly, it did not feel too overbearing to compromise the experience of the film. I’m sure this film is going to draw a lot of comparisons to Bong Joon Ho’s Oscar-Winning film, ‘Parasite’, and while there are similarities in genre subversion creativity in the mystery-thriller, ‘The Soul’ is a very different film making it a unique and incredibly engaging experience that I highly recommend proving again the quality and creativity foreign filmmakers are bringing to the table.