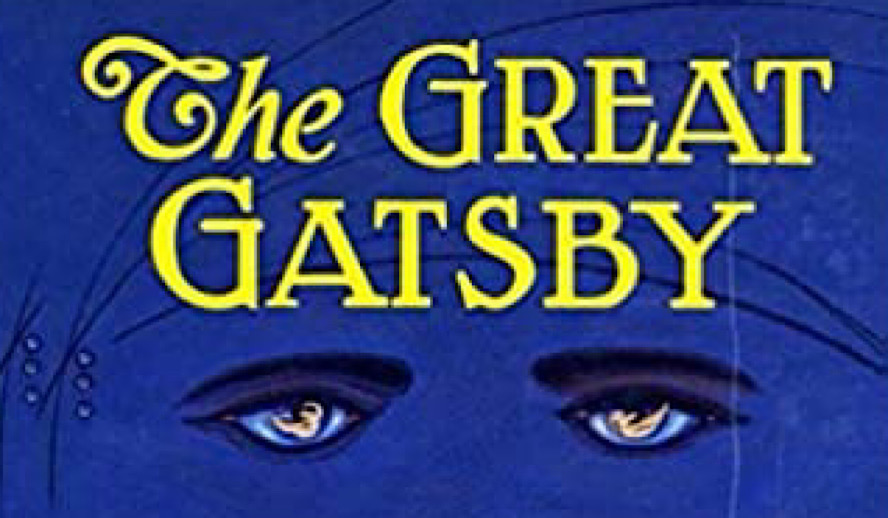 On Public Domain Day, January 1st, all material published in 1925 entered the public domain, having reached the end of their 95-year copyright protection. This means that they are now unprotected by Intellectual Property, gifting anyone and everyone the ability to use and adapt their contents. With works from some of the most revered authors, this year’s collection is definitely one of distinction. BBC Culture even suggested that 1925 might have been the “greatest year for books ever.”

In fact, the historical context behind the 1925 collection is attention-grabbing itself. As Duke University surmises, “1925 brought us some incredible culture. The Harlem Renaissance was in full swing. The New Yorker magazine was founded. The literature reflected both a booming economy, whose fruits were unevenly distributed and the lingering upheaval and tragedy of World War I. The culture of the time reflected all of those contradictory tendencies.”

Related article: An Analysis of ‘The Great Gatsby’: Hamartia, Hubris, and the Hollow American Dream

As these works were published in the 1920s, it’s also important to note that they concerned a predominantly male audience and followed stories of White characters. Needless to say, this presents an exciting opportunity for creators to adapt classic material into more diverse and fresh takes. Whether you are an aspiring screenwriter looking for new material, or simply interested in the revival of culture’s past, here are some of the most popular titles hitting the Public Domain this year.

“Gatsby believed in the green light, the orgastic future that year by year recedes before us. It eluded us then, but that’s no matter—tomorrow we will run faster, stretch out our arms farther…”

Perhaps the most popular work to join the Public Domain this year is F. Scott Fitzgerald’s timeless novel, ‘The Great Gatsby.’ One of the great Modernist works, the novel concerns themes such as The American Dream, Materialism, Love, Obsession, and Old versus New Money, to name a few. Set in a world full of excess and luxury, the novel has the allure of extravagant fantasy while also being rooted in gritty, realism through loss, greed, and desperation. Though Gatsby is wealthy beyond measure, his one true desire is to reconcile with his former lover Daisy – his unattainable “green light.”

Of course, ‘The Great Gatsby’ has been adapted numerous times before, including stage plays, five films, and even a Simpson’s episode called ‘The Great Phatsby.’ Most recent in our cultural zeitgeist is Baz Luhrmann’s 2013 film starring Leonardo DiCaprio, Tobey Maguire, and Carey Mulligan – which was critically acclaimed and won two Academy Awards. However, just because the story has been done before doesn’t mean it can’t be revisited in new, contemporary ways. The Hollywood Reporter reported that there is a new television show in the works called ‘Gatsby’ – which is set to be a more inclusive, diverse adaptation focusing on New York City’s Black community in the 20s. There is also an animated feature in the works from William Joyce and Brian Selznick. As Joyce says, “the previous film versions were constrained by live-action, but innovative animation could finally realize the elusive quality of the novel” and the vivid “dreamscape” that Fitzgerald wrote of.

Even still, there are numerous ways ‘The Great Gatsby’ could be explored. Perhaps a more character-driven narrative through Nick Carraway, the omnipresent narrator of the novel himself, could be interesting. Or, the novel could be reimagined from the perspective of Daisy Buchanan’s – a chance for a more feminist and empowering narrative.

“She had the perpetual sense, as she watched the taxi cabs, of being out, out, far out to sea and alone; she always had the feeling that it was very, very, dangerous to live even one day.”

‘Mrs. Dalloway’ by Virginia Woolf is another classic now available in the Public Domain. One of Woolf’s best-known novels, the story follows 51-year-old Clarissa Dalloway as she navigates one day of her life in Post WWI England. The novel is also split up into the secondary narrative of Septimus Warren Smith, a WWI veteran struggling with Post Traumatic Stress Disorder.

‘Mrs. Dalloway’ was adapted into a 1997 film, a 2015 play called ‘Septimus and Clarissa,’ and served as the inspiration behind the 2002 film ‘The Hours’ – which follows three women in different time periods who have been affected by the Woolf novel. The film was critically acclaimed and garnered nine Oscar nominations, with one win for Nicole Kidman as Best Actress. Another film, ‘Vita & Virginia,’ is inspired by Woolf’s personal life and has gained critical acclaim as well.

Now that ‘Mrs. Dalloway’ is in the Public Domain, however, the possibilities are endless. Since it’s rare to see films helmed by middle-aged women, this could be a great opportunity to provide something new to audiences. As of this writing, there are no ‘Mrs. Dalloway’ projects in development for film or TV – so if you’re looking for new material, this might be the place to start!

‘In Our Time’ by Ernest Hemingway

“In the early morning on the lake sitting in the stern of the boat with his father rowing, he felt quite sure that he would never die.”

‘In Our Time’ is a collection of short stories written by Ernest Hemingway – stories that could surely be adapted into an anthology series, or expanded into their own feature-length content. Surprisingly, when it was published in 1925, the book was largely dismissed by the public. Hemingway was a relatively new name and his blunt, tough Theory of Omission style that he employed in the book was not appreciated by many. As the New Yorker states, “there were a few that went about quick and stirred with admiration for this clean, exciting prose, but most of the reviewers dismissed the volume with a tolerant smile and the word “stark.” Now, of course, Hemingway is admired as a literary genius – someone who had a great influence over English prose and style.

Out of the stories included are the more recognizable ‘Indian Camp,’ ‘Big Two-Hearted River,’ ‘The Battler,’ and ‘The Doctor and the Doctor’s Wife’ – stories following Hemingway’s famed protagonist, Nick Adams. The narratives concern themes such as grief, war, marriage, and disillusionment, and are precluded by six vignettes composed by Ezra Pound.

Right now, there seems to be a trend of adapting short-form material into longer-form content, in which case ‘In Our Time’ is an excellent venture to look into.

‘The Secret of Chimneys’ by Agatha Christie

“What a lot of funny people it does take to make a world.”

Lastly, it’s always exciting for a new Agatha Christie novel to enter the Public Domain; this time, it’s her detective fiction, ‘The Secret of Chimneys.’ The story is a classic murder mystery novel set in a dinner party and introduces two of Christie’s recurring characters, Superintendent Battle and Lady Eileen Brent.

Of course, Christie novels are no stranger to adaptation. In the past five years alone, four of her novels have been adapted into films – ‘Chorabali,’ ‘Murder on the Orient Express,’ ‘Crooked House,’ and ‘Death on the Nile’ – following dozens of adaptations that have come before.

While the “murder mystery at a party “conceit is typical, one can argue that it is also timeless, and can be highly successful depending on its specific adaptation. For example, Rian Johnson’s 2019 film ‘Knives Out’ followed the same murder mystery formula but was a dazzling success due to its contemporary humor, star-studded cast, and quick-witted style. It’s a great case for why ‘The Secret of Chimneys’ can be adapted into a modern mystery with the right creators and voice behind it.

Of course, these are just a few examples of the many works that hit the Public Domain this year. However, they serve as a great starting point for creators looking to adapt timeless and successful material. To access a full list of all the 1925 literary works, you can check out this Wikipedia page here. Happy writing!