When and How Will Spider-Man Exists In ‘Venom’ Universe? 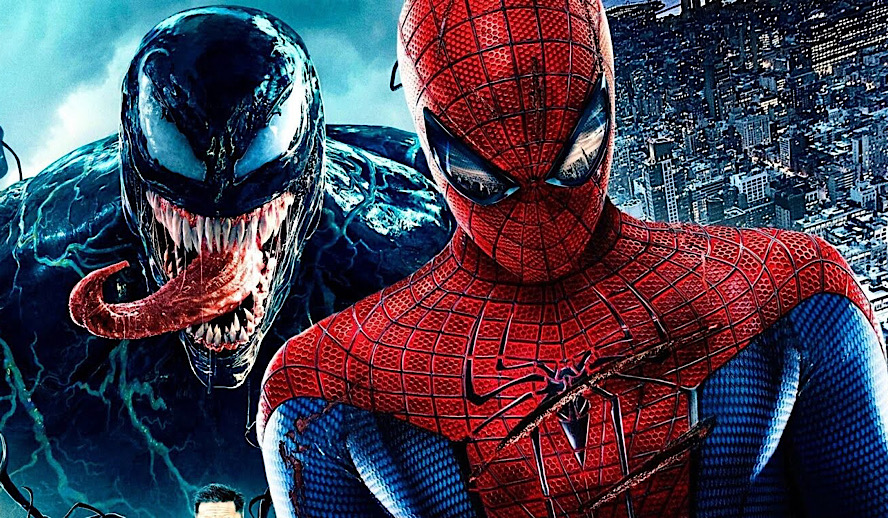 Ever since ‘Spider-Man: No Way Home’ confirmed the multiverse, fans have been questioning which Spider-Man exists in the ‘Venom’ movie universe. However, now the conversation is turning into does it lines up with the MCU because if it doesn’t it’s going to lead to more problems in the future. With the release of ‘Morbius’, many people expressed disappointment in the film mostly because the post-credit scene doesn’t make any sense. The scene left fans confused and wanting answers about what happened to the film. This leads to fans on Twitter not wanting any Spider-Men involved with whatever Sony is planning because many think the end product will be a messy and poor film.

What Happened with ‘Morbius’

The reviews of ‘Morbius’ are here and they’re not positive, if you go to Rotten Tomatoes and see the current rating of the film, it currently has 204 critics’ reviews with a rating of 16% while the audience score is 70%. The critic consensus says “Cursed with uninspired effects, rote performances, and a borderline nonsensical story, this dreary mess is a vain attempt to make Morbius happen”, therefore the future of ‘Morbius’ sequel doesn’t seem likely because the film isn’t successful with the fans. I wonder what Sony’s next steps are now because the negative response will have an impact on future films and I’m curious if they’re going to go the same route as DC when the company decided to remake the 2016 ‘Suicide Squad’.

‘Morbius’ stars Jared Leto as a biologist-turned-vampire and in the film, there are a couple of brief references to ‘Venom: Let There Be Carnage’ and in the first post-credit scene, we see the effects of Doctor Strange’s spell in No Way Home ripple into the Sony universe. Vulture (Michael Keaton) from ‘Spider-Man: Homecoming’ appears and gets his suit back then wants to team up with Morbius, however, that doesn’t confirm anything of which Spider-Man is in the Sony universe. Obviously, Tom Holland’s Spider-Man fought Vulture in Homecoming and it’s assumed that Vulture wants revenge on Tom Holland’s Spider-Man, also this doesn’t make sense for Sony to continue with Sinister six movie plans.

‘Venom’ – Why Fans Are Confused

‘Spider-Man: No Way Home’ was well-received among fans and felt like the multiverse plot was done well but now Sony is trying to do it and it doesn’t match up with the ending of ‘No Way Home’. In the film, Doctor Strange (Benedict Cumberbatch) messes up a spell that transports Spider-Man villains from Tobey Maguire and Andrew Garfield’s films to Tom Holland’s universe. However, in the end, Strange fixes the spell, and everyone goes back to their own universe, even in the post-credit scene, we’re shown Eddie Brock (Tom Hardy) from ‘Venom’ going back to his universe. Therefore, there can’t be a team-up between Morbius and Vulture because Vulture should’ve returned back to Tom Holland’s universe and there can’t be a Sinister six unless they recast the Vulture that’s a part of the Sony Universe. If the company does continue on with the plot of the Spider-Man villains teaming up, it has to make sense within the Marvel Cinematic Universe.

In an interview with Variety, ‘Morbius’ director Daniel Espinosa says that many of the Vulture scenes were shot at the beginning of filming, and what had to be changed was the physiology of how to move between the Sony world and the Marvel world. Espinosa said “The idea of moving between worlds was invented by Sony, not by the MCU. They did it and then I had to adjust. That’s the thing with the Marvel universe, in the comic books it’s always expanding. There are rules you’re slowly setting up together, but the creators are different. The whole idea of the Marvel universe is you have to create the collaboration so they function together.”

There has to be a lot of discussion between the two companies on how the two worlds can fit together while being their own thing and not upsetting the fans. However, fans are already upset with many expressing on Twitter that they don’t want Spidey to be involved with whatever Sony has planned because of the result of ‘Morbius’. I think the best thing for Sony to do is to leave the multiverse to Marvel and focus on their successful animated Spider-verse films. In a way, Sony can’t live up to Marvel fans’ standards because the bar is already too high and Marvel is continuing to expand its universe and it leaves Sony in the dust.

Of Course, Spider-Man Exists in the Sony Universe

Where a Spider-Man villain is, there has to be Spider-Man fighting them and that leaves people questioning if Andrew Garfield’s Spider-Man will return because ‘The Amazing Spider-Man’ films are under Sony pictures so it makes sense if Garfield returns or at least makes a cameo. In my opinion, I really liked the way Marvel handled Garfield’s character in No Way Home and I’m okay with Garfield’s Spider-Man arc ending there because it was really satisfying and as much I would want another film with Garfield, I know Sony wouldn’t handle the story well. Therefore, Sony should put its entire focus into making its animated Spider-Verse films amazing because they will be successful and well-received.

It’s unknown where Marvel’s Spider-Man is heading next because everyone doesn’t remember him or Doctor Strange’s fixing the spell and I could see Spider-Man fighting classic villains and finding himself outside of the avenger identity and Stark tech. I know Marvel is juggling a lot right now with planning the next phase and dealing with the multiverse plot. I think Marvel will announce in the next two years if another Spider-Man film is coming or collaborate with Sony to help them with Sinister six. In the end, I hope Sony takes the criticism of ‘Morbius’ well and takes it as a teaching moment of learning what makes a superhero film bad and comes out with something better in the future.