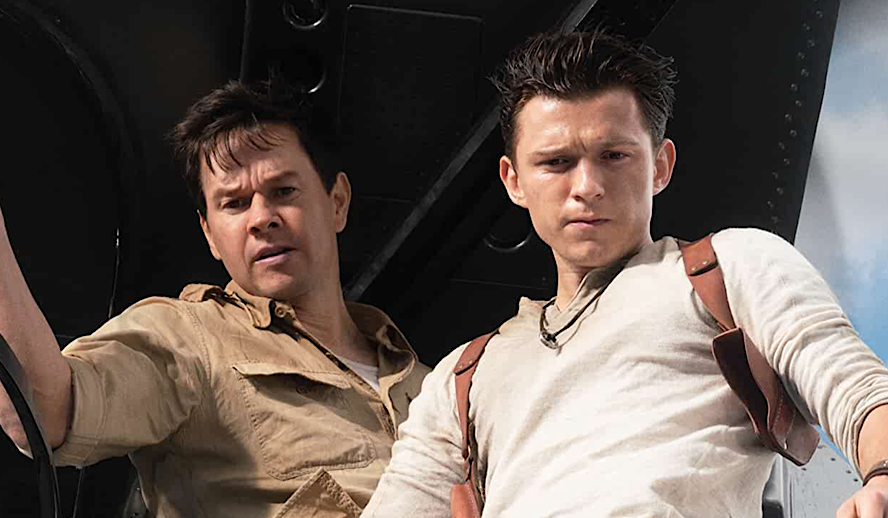 ‘Uncharted’ is, at its core, an adaptation. The characters, story, and action all come from the PlayStation game series of the same name. Now, I am by no means a gamer, I didn’t have any understanding of the series before watching this film. I knew that the film was led by Tom Holland and Mark Wahlberg and as both a young person and a Boston native, that was enough for me.

Die-hard fans of the game series may have differing opinions, but going in blind left me satisfied. ‘Uncharted’ may not be the most intelligent or groundbreaking film, but it was fun. It balanced action and comedy with suspense and plot twists to create a viewing experience that was more than enjoyable. The theater was full of energy and laughter, and to me, that’s what matters most.

Imagine a mix of ‘Indiana Jones’ and ‘Tomb Raider’, then add in Tom Holland’s Spider-Man. That mixture is basically what you can expect from ‘Uncharted’. The story follows Tom Holland as Nathan Drake, a twenty-something bartender, and pickpocket. We first meet Drake attempting to steal Ferdinand Magellan’s map with his older brother, Sam, an attempt that will untimely leave him left all alone. His brother needed to flee the police, leaving Drake with nothing but postcards and a necklace to remind him of the only family he had left.

After a time jump, we’re back in New York watching Tom Holland bring his charm and charisma as Drake and the people he pickpockets. His prowess in both theft and dazzling customers catches the attention of Mark Wahlberg’s Sully, who recruits Drake for his next heist. After Sully reveals that the heist involves the Magellan map from Drake’s childhood, wealth and riches, and most importantly, his lost brother, Drake is all in.

Related article: Tom Holland: FACT-CHECKED Series Of The 15 Things You Might Not Know About The Star Of Spider-Man

The Battle of the Leads

‘Uncharted’ is nearly equally led by Holland and Wahlberg. Before we could dig into the Magellan heist, the film was reminiscent of a buddy adventure-comedy. Holland and Wahlberg played off of each other beautifully, with the majority of the dialogue being comedic. The two built a bromance that served as the core of the film. The combination of boyish charm from Holland and brooding sarcasm from Wahlberg meant there was something for everyone.

When the idea of an ‘Uncharted’ film adaptation first came around a decade ago, Wahlberg was a front runner for the role of Nathan Drake. Although he wasn’t ultimately cast to play the lead, it felt like Sully and Drake were fighting to be the protagonist. Having two strong characters (and strong actors) co-lead meant that the other characters did not get as much attention as they deserved. Chloe Frazer (Sophia Ali) rounds out the trio of protagonists that hunt for the treasure, but her character lacks development and memorable motivation. The opposing team of hunters is a constantly looming antagonist but does not have much to do with the story other than filling the role of the bad guys.

The film follows a set cycle of solving a clue, finding the next one, and fighting off the bad guys. This is the way the film progresses from one destination to the next, it’s constant and simple, but that doesn’t mean it’s not fun. Each mystery brought the leading trio to a new place to put together the next piece of the puzzle and navigate booby-trapped ruins. The mystery and adventure brought suspense; I was often on the edge of my seat to see how the characters would get out of the traps that seemed impossible to escape.

What stood out to me most in the action scenes was how skilled Tom Holland was at the fight choreography. His background in dance and gymnastics made him the perfect actor for the job. He was incredible to watch, his agility and grace added an air of competency to Drake, who was otherwise much less qualified than the other hunters after the treasure. Drake was new to the heist scene and had never hunted treasure before, but Tom Holland was far from out of place. It’s refreshing to see an actor who can keep up with intense choreography without sacrificing the character.

The Real Treasure was the Cast and Crew

Despite its struggles, ‘Uncharted’ was incredibly fun to watch. It was exciting, engaging and at times laugh out loud funny. This can all be attributed to the cast, Tom Holland was charming and naive, Mark Wahlberg was snarky and sharp, and Sophia Ali brought much-needed level-headedness and quick thinking to the equation. I never lost interest in following the trio, even if their adventures were repetitive. The cast’s chemistry and individual acting skills made any scene exciting and emotional.

‘Uncharted’ was directed by Ruben Fleischer, known for his work directing ‘Venom’ and ‘Zombieland’. Fleischer is no stranger to action and it was evident in the directing. The directing and cinematography made for a cohesive final product, with the camera movements and shots always keeping up with the fast pace of the film. It was easy to follow the action without missing out on plot points and character development that might have risked getting lost in the commotion.

In Summary: Why it’s Worth a Watch

I believe that not all films need to be a Best-Picture-Winning, groundbreaking piece of art to be a good film. ‘Uncharted’ isn’t the type of movie that will be looked back on as a film that defined a generation, and that’s okay. It was fun to watch and even the most critical movie-goers deserve to have a light-hearted good time. Also, if you stick around to the post-credits scene, you’ll see the perfect set up for a sequel; Might as well stay on top of things.