The Power of Trending on Twitter: How Fans Can Save Their Favorite Canceled Shows by Tweeting 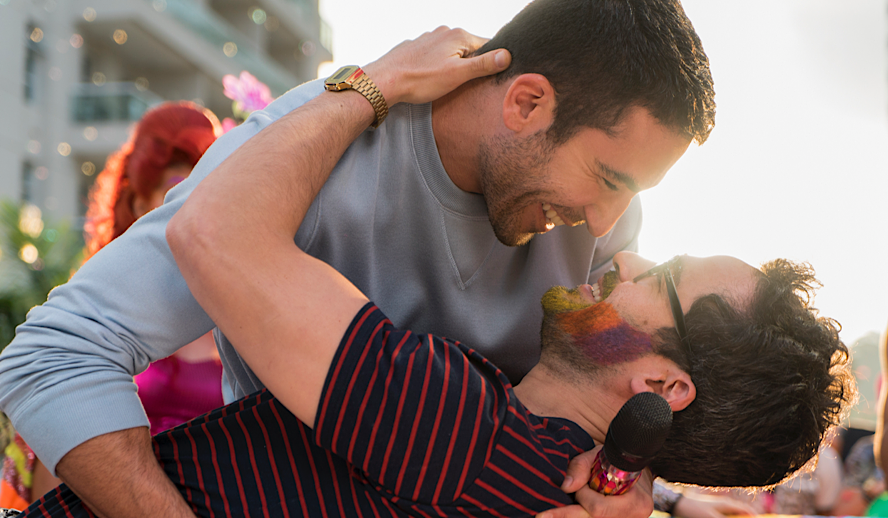 We all know that social media has a fair amount of power when it comes to making careers, growing a fanbase, and ruining careers. It used to be a place where you can connect with friends and family by sharing pictures and giving updates on your life, now it’s a place where you can connect with strangers and share your thoughts with the world. Twitter has made itself the perfect social media site because users are able to share pictures, videos, thoughts, and the new Twitter spaces where you can talk to other users about anything. With over 290 million users, they’ll be able to make an impact on the entertainment industry by deciding what does and doesn’t trend.

The Power of Trending – Canceled Shows

Getting things to trend on Twitter can be a good thing or a bad thing because you can see a celebrity name trending and your first thoughts are ‘oh no what did they do now’ or ‘are they dead?’. However, when you see a show or film trending, that means many users are tweeting about it whether good or bad and this is a positive outcome either way because people are talking about it. Twitter in recent years has gotten a reputation of being a ‘toxic’ app because many celebrities have been bullied off it.

It’s easy to block others on Twitter if you keep getting harassed by one or two people but it gets very overwhelming when it’s thousands of people harassing you. What makes Twitter different from apps like Instagram or Facebook is the way you avoid harassment. Taking Instagram as an example, you can switch the account to private and turn off comments, on Twitter, you can switch your account to private but that doesn’t necessarily stop the hate because your name can still trend and if you don’t have the self-control to avoid those posts, it’ll be easy to send yourself into a spiral. I say it’s stressful to be a celebrity or influencer on Twitter because if you do one thing wrong, the Twitter mob will be after you.

Twitter can be helpful for creators in all mediums because you’ll be able to get valid criticism from other creators and see how others think about different topics. Many people like myself use the app to promote their own content and see others’ opinions on films and TV shows. It helps me understand how different people act on Twitter. I believe that younger Gen Z takes things on the app a little bit too seriously and it’s important to know that there’s a world outside of Twitter. Just because a celebrity is ‘canceled’ on Twitter, doesn’t mean they’re ‘canceled’ in real life. However, Twitter can affect the entertainment industry when it comes to films and TV shows because many people have started campaigns to revive a TV show and succeed.

How Shows got Brought Back to Life

It’s not uncommon for fans to come together to revive a show for another season or try to get the attention of network executives. Before fans used to send mail to network executives, now fans try to get the show to trend as much as possible. I call them trend campaigns, where fans tweet using a hashtag and explain why a network should save the show. If many users tweet the same hashtag, it could trend worldwide, therefore, getting the network’s attention in hopes of reviving the show. Fans also pass around petitions hoping they’ll get enough signatures to get the show renewed.

Netflix is notorious for canceling popular shows because it doesn’t have the viewership or the streaming service can’t afford the budget. The show ‘Sense8’ fell victim to both and it’s about “A group of people around the world are suddenly linked mentally, and must find a way to survive being hunted by those who see them as a threat to the world’s order” according to IMDb. The show was canceled after two seasons and a Christmas special but fans went Twitter trending #BringBackSense8 and passed around a petition for a month, then Netflix announced that it will bring the show back for a special finale to conclude the show. Fans were overjoyed and the show creator Lana Wachowski wrote a letter thanking the fans for using their voices to bring back the show.

Fans of NBC’s ‘Timeless’, a show about “an unlikely trio traveling through time in order to battle unknown criminals and protect history as we know it” according to IMDb, was canceled after one season. Fans took to Twitter with #TimelessRenewed and the network renewed the show after 3 days of protest, on Twitter the co-creator, Eric Kripke thanked NBC and the fans, saying they are the major reason the show was renewed. When the news hit that Fox canceled ‘Brooklyn Nine Nine’ a “Comedy series following the exploits of Det. Jake Peralta and his diverse, lovable colleagues as they police the NYPD’s 99th Precinct” according to IMDb, fans were very upset which included Guillermo del Toro, Mark Hamill, Sean Astin, and Lin-Manuel Miranda. They helped rally fans with #RenewB99 and many fans felt hopeful because ‘Timeless’ was renewed the year before, they just had to keep fighting. Then the show was rescued in 31 hours by NBC by picking it up from Fox and the co-creator and showrunner Dan Goor couldn’t believe it was happening. He believed that people loved the show because of its diverse cast and humor and wanted a show like that to stick around for much longer.

Fans Have the Power

I remember when ‘Brooklyn Nine Nine’ got renewed and thought it was really amazing because it showed that networks listen to fans. Without Twitter, I don’t think these shows wouldn’t have gotten renewed as fast because networks are able to see how many people like this show in real-time and do everything in their power to have it back. I think fans are being listened to now and shows are delivering what they want and adapting to interact with their fans on social media. One of my favorite things is seeing actors tweeting along with the show as it airs because it shows how much love they have for the show and gets the chance to react alongside the fans. It makes me think it’s possible to have an Amazing Spider-Man 3 movie because the fans express that they want it by tweeting #MakeTASM3 and showing their love for Andrew Garfield. All we have to do is wait and see if it happens but a good reminder is that when fans come together their voices are powerful enough to make a change.